Two newly commissioned pieces by Patrick Hough and Lawrence Lek premiere at the Jerwood/FVU Awards 2017. The programme is a major annual prize, an opportunity for artists in the first five years of their practice to gain visibility and recognition. A panel of experts selected two ambitious moving-image projects from the submissions, and give financial support to the recipients in order to finish the proposed work. Hough and Lek were chosen for their responses to the curational theme Neither One Thing Or Another, both employing innovative, conceptually fitting technologies to consider the increasingly non-distinct line between the real and the artificial.

Panelist Amy Sherlock comments: “Both selected artists use a temporal framework to approach the question of indeterminacy: one looking forward to a future where machines may write their own histories; the other considering the imaginative leap involved in looking backwards, and the ways in which, narratively and materially, we fabricate the past.”

Lek’s Geomancer illustrates futuristic and computer-generated cityscapes that define the spirit of our rapidly dawning age, a period in which the once dominant economic and technological models are cast into doubt. These anxieties are catalysed by the rise of the machine: developments advanced particularly by the ever-expanding east Asian industries. His work speculates that new forms of AI – creations that are already outperforming humans in some disciplines – will one day challenge us artistically.

In contrast, Hough uses the past as his inspiration. And If In A Thousand Years questions bedrock values, such as originality and validity, imbuing them with other layers of meaning –  in reference to the ease with which images and history can be reproduced, reimagined with different truths. The film takes observers to a Californian desert, where the landscape was filmed and digitally scanned, in a complex fusion of the real and the replica. Both commissions explore the world of consciousness, prompting visitors to look again at what they think they know and see. Following their initial debut, the films will tour as a series of screening events nationwide.

Jerwood/FVU Awards 2017: Neither One Thing Or Another, Jerwood Space, London, from 22 March – 14 May.  www.jerwoodfvuawards.com
The Jerwood/FVU Awards are a collaboration between Jerwood Charitable Foundation and FVU. FVU is supported by Arts Council England.

Credits
1. Patrick Hough, And If In A Thousand Years (2016) (film still). Image courtesy of Jerwood/FVU Awards. 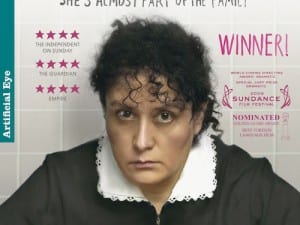 Sebastián Silva’s second feature is a sweetly comic take on the role of domestic servant within a household. 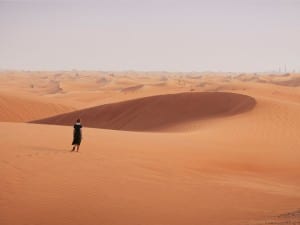 Filmmaker and artist Isaac Julien’s PLAYTIME at Victoria Miro is an ambitious new body of work exploring the dramatic and nuanced subject of capital.