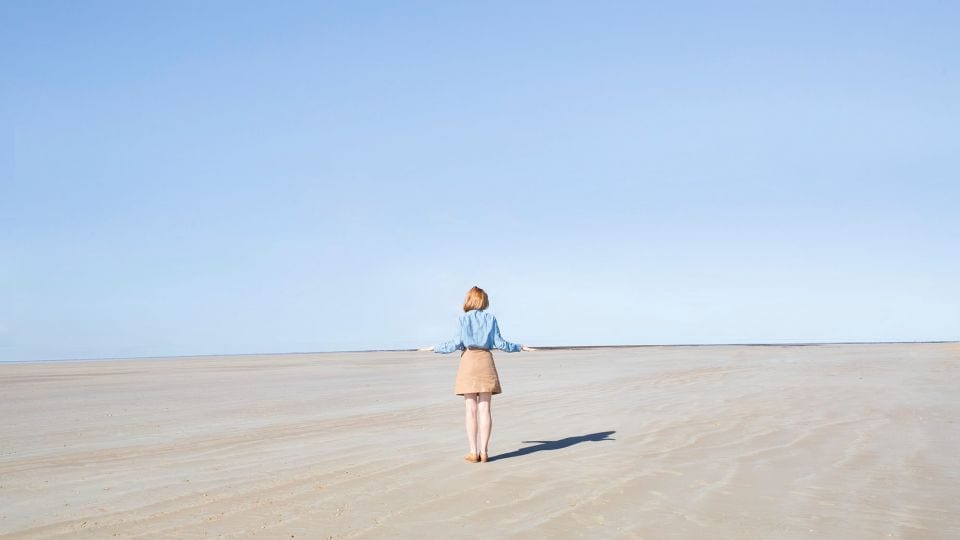 Dreamy doesn’t do justice to Maia Flore’s (b.1988) assemblages, currently on show at Galerie Esther Woerdehoff, Paris. Recently extended until June, with new pieces being added soon, Au lieu de ce monde (‘Instead of this world’) shows the development of her practice. Collage and drawing meets photography, thinking always about the role of the body, and placing physicality firmly at the centre.

That is not to say, however, that her work is entrenched in reality. Rather, they embrace the imaginary, playing with forces such as gravity and the weather, and refusing to submit to the natural laws of the world. There is a poetic quality running throughout: on a beach, dressed in striking red, she appears to float languidly, supported only by a small stool and reflected in a glassy pool of water. The vision of effortlessness is an illusion, though: upon closer inspection it becomes clear she is posed, leg muscles visibly tense. Elsewhere, in a mustard silk dress, she buries her head in perfectly manicured topiary, conjuring up visions of Alice in Wonderland rewritten for Versailles.

The evocative materiality of these images ­– which she describes as quests – allows her to offer an insightful, playful take on the relationship between corporeality and the real world. By going beyond the photographic medium, and adding splashes of paint, sketches or a collage, she invents moments that never existed, allowing her viewer to focus instead upon sensation. It is no surprise to learn that she has recently started working closely with a choreographer: there is a dance-like quality, with movement (or its potential) at the foreground even of snapshots.

Flore’s work appears in Aesthetica Issue 82 as part of a feature on Circulation(s) Festival, Paris. For more information, click here. 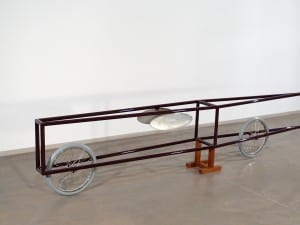 Fondazione Prada, Milan, will retrace the career of Arte Povera artist Gianni Piacentino through over 100 artworks dating from 1965 to the present day in a major exhibition, from 7 November. 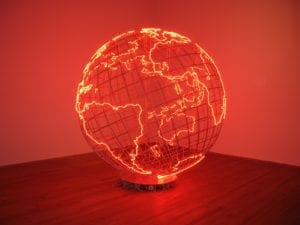 As Tate’s galleries are currently shut, Aesthetica highlights five online collections to enjoy and explore from your home. 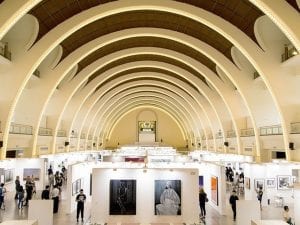 Returning to the iconic Shanghai Exhibition Centre on 9-11 September, Photofairs Shanghai engages collectors from Asia-Pacific and the Pacific rim. We speak to Alexander Montague-Sparey.