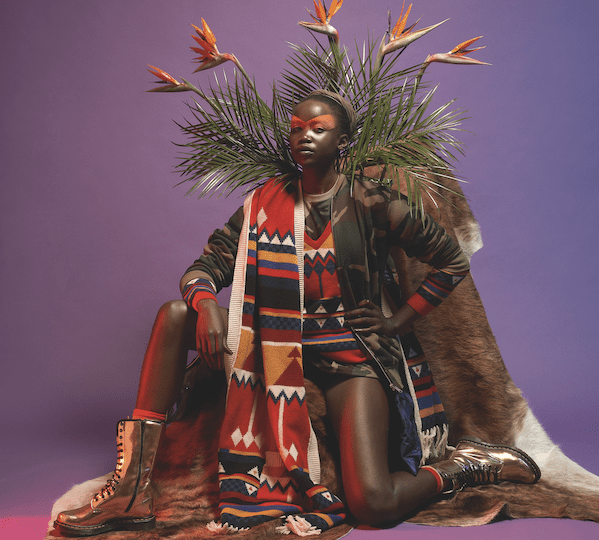 “I have always been characterised as the ‘Other’, whether I am too ‘African’ to be European, or too ‘European’ to be African.” Namsa Leuba (b. 1982) is a Swiss-Guinean photographer and art director who focuses on African identity as seen through the western gaze, challenging the legacies of colonial perspectives. Each image includes bold backgrounds, authentic props and original styling, exploring the various signs and symbols of mixed cultural heritages.

In one shot, porcelain cheetahs surround a model wearing Nike trainers. In another, a seated figure wears wedged creeper shoes, a style originally developed by George Cox in 1949, inspired by the crêpe-soled desert boots worn by WWII soldiers stationed across the desert of North Africa. Elsewhere, a model stares, objectively, at the viewer, straddling an animal skin, adorned by gold Dr. Martens – a style of boot which dates back to Northamptonshire in 1901, made originally as sturdy footwear for Britain’s working classes. Pluralism and hybridity are common threads across these insightful projects, from portraits of non-binary communities in Tahiti to staged fashion commissions – featuring various collages, overlapping patterns and repeated motifs.

Leuba’s first monograph, Crossed Looks, is published by Damiani this summer. It features some of her major projects, including series shot in Guinea, South Africa, Nigeria and Benin. Over 100 images consider the representation of the cultural “Other” – including various adaptations of mythologies and ceremonies, as well as an acknowledgement of cross-dialogues between global cultures. The publication accompanies Leuba’s first solo exhibition in the USA, held at the Halsey Institute of Contemporary Art in Charleston, South Carolina, which runs 27 August -11 December. We sit down with Leuba to discuss the key tenets of her practice, and the layers of meaning to uncover in each image.

A: Where did your journey into photography begin?
NL: It all began in Switzerland. Here, I studied for a Bachelor’s degree in visual communication, then for a Master’s in art direction at the University of Art and Design Lausanne ECAL. Photography, as a means of revealing information through the lens, has fascinated me for years. It is a way of expressing oneself, giving free rein to the most personal ideas, and that suits me perfectly. In addition, the photograph has become an integral part of our current mode of communication, and I seek to understand this. The old adage is true that an image is often worth more than a thousand words put together.

A: You once noted, in an interview with Nataal magazine, that “there is a great richness in being of mixed cultures.” How has your heritage influenced your practice?
NL: My main source of inspiration is my heritage – my double origin – and the diversity of exchanges I have had over the years. I define my visual identity through these – both pictorially and conceptually – evoking a range of emotions and multifaceted existences. I am inspired by my duality, and the different codes I have learned as part of this. It is a filter, in a way, shaping my experiences and own sense of style. And if I have realised that mixed cultures offer a great richness, it is only because it’s also been a real challenge, having always made me feel different. That’s maybe why I try to portray a certain level of visual abundance in my images – conveying divergence and multiplicity. In a sense, I need to both enlighten, and be enlightened, to how we evolve in life, and embrace the ways we are “mixed.” I hope that my work participates in this conversation. I engage with the many artists that have come before me and contribute to a wider dialogue about the beauty that can be found across multiple heritages – with their blending of values and philosophies.

A: Beyond the striking visuals and alluring composi- tions, which connect signs and symbols, from Union Jacks to camouflage and Ankara patterns, it seems as though your images are, essentially, about considering the art of “looking” and “seeing” and the distinctions between these. Your new photobook, for example, is called Crossed Looks – why did you select this title?
NL: This was taken from my earlier work, called Ya Kala Ben – a series which animates traditional rituals and symbolic statuettes from the culture of Guinea, by recreating them as living creatures in handmade costumes. Ultimately, all my work is focused on the African identity as seen through western eyes. Africa is a part of me, but because I grew up in Switzerland, I needed to explore this element of my roots, and connect it with the other. Crossed Looks, to me, signifies how we can join these two worlds by the positive ways in which we look, and perceive, one another.

A: How far do you feel that photography, in essence, is about challenging our own sense of visual literacy – as we interpret the images in front of us in the context of our beliefs and identity? Is this a reciprocal process?
NL: I present a reality of sorts, but my photos are not the reality. I create docu-fiction by making a kind of cultural syncretism. I blur the lines and make something unique. I hope that my images allow each viewer to bring their own personal reading and interpretation to the table, supporting, encouraging and developing a new state of mind altogether.

A: “Codes” are also integral to your images, featuring, for example, masks and headdresses which reference deep-rooted African traditions. How are the styling and props integral to a sense of storytelling?
NL: I introduce artefacts based on the theme of cosmogony – objects that reference the founding narratives around the creation of gods and the wider cosmos. I like to decontextualise and recontextualise these objects in another environment, to give them a new life according to my vision.

A: In turn, you create many of the masks and headdresses yourself. Why is this level of personal involvement important to you in all areas of the composition?
NL: I love creating, inventing, playing and diverting objects – physically making things with different textures, colours and lights. I like to experiment with aesthetics and eroticism, reflecting and ruminating on the essence of creation through the lens. This, by definition, has always moved me, and can be seen, perhaps most prominently, in the Cocktail series, which includes both western and tribal-influenced headdresses. They feature a number of different plants, including lilies, which are largely grown across Europe, and Bird of Paradise – or Strelitzia – which is a flower native to South Africa.

A: You engage in various modes of documentary, fashion and performance. In these blurred genres and formats, a range of myths and archetypes recur often. To what extent do you feel you’re portraying something “real” or “fictional”? Do these distinctions matter?
NL: All my work revolves around identity – making the invisible visible. I depict a potential reality and dare the viewer to develop their own vision and share it. Ultimately, our entire sense of reality is all about our perceptions.

A: Colour and pattern are also prominent across the breadth of your work – from studio portraits to in-situ shots. Each composition includes a number of hues, from dark, rich tones to light, pastel palettes. Many of the models are, themselves, painted, either with details on their face or across their whole body. How would you define your relationship with colour and what role does it play in the construction of an image?
NL: Usually, I am inspired by the colours that we find everywhere in Africa – on the markets, in fabrics and paintings etc. Mostly, though, it’s important for me that I use colour to illustrate a particular space and time. For example, in the Illusions series, created in Tahiti, I was inspired by the paintings of Paul Gauguin and “tropical” visual semantics that have occupied the western collective unconscious. This type of imagery has, in the past, cast Polynesian woman as beautiful, desirable and subservient, connected to the natural environment. This myth of the “vahine” – as Polynesian women are referred to – is historically rooted in the west’s search for the “original” and “authentic,” which was thought to be found in faraway cultures, with a connection between the body, soul and land. Gauguin’s paintings in French Polynesia were influential in developing the Primitivist art movement, which then articulated a visualisation of the “other” through a connectivity to nature. Colour, for me, is a means of further subverting and questioning. Each palette is imbued with certain messages and connotations.

A: How far do you feel Crossed Looks comes at a crucial moment in time as the western world undergoes a dramatic reckoning with oppression and systemic racism?
NL: The world is, still, so utterly divided. We’re currently developing new and necessary conversations around wellbeing and basic human rights, but these are being offered in the context of many wars, conflicts, modes of oppression and misinformation. I think this is why it’s so important to develop equality between races but also between all continents. By showing and talking about hybridity, it enables us to consider the dangers of segregation. This book is about passion and emotion, but is also about offering new possibilities towards gender exploration and identity. Times are, indeed, changing, and we need to awaken our senses and consciences to ourselves and each other.

A: Given that your practice is largely built on the pillars of self-expression, acceptance and fluidity, is there a particular message that you’d like to share with our readers? How can we evolve through the ways we “look”? NL: Open your mind, try new things, create your identity and share it widely with the world. Do it again, and again and again. Allow yourself to be continually reborn in this way. Be open to that which helps us to persist – in art and in life.

Crossed Looks is published by Damiani 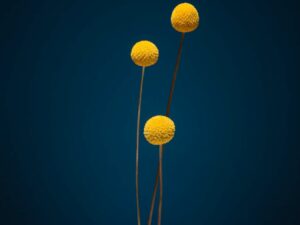 Jan Prengel’s Plants from Space series showcases flowers as if they were priceless exhibits: oddities from an alternate universe. 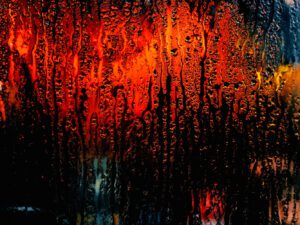 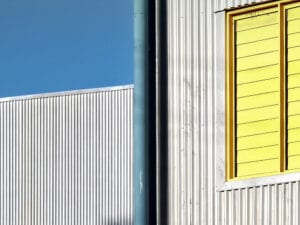