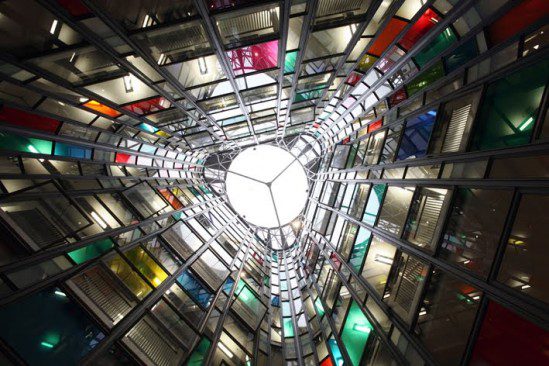 We speak with the winner of the 2011 Creative Works Competition, Julia Vogl, an installation artist whose public artwork challenges the role of the artist and art in relation to political events, social behaviour, and the community where her work is shown.

BR: You recently won the Aesthetica Creative Works Competition (now the Aesthetica Art Prize), what made you enter the competition? What does it mean to you to have won?

JV: I kept hearing about the competition, but I didn’t pay much attention as I don’t usually enter contests. But then I read about Aesthetica Magazine, being a magazine that reflected on art, design, architecture and their overlap of territory, and I thought I would be an idiot not to apply, as my work really deals with that.

It is awesome that I won! It always feels good to win something, but to be part of a publication that features so many really great works and artists is really gratifying. It has been a terrific boost to my confidence, especially at a time where being an artist is fiercely competitive and hard to finance.

BR: Your work Colouring the Invisible was a five storey installation including 150 windows coated in multicoloured translucent vinyl. Could you briefly talk us through the idea behind the piece?

JV: The Slavonic School of Eastern European Studies, at UCL, has this incredible glass atrium, and when I saw it, I felt instantly I had to respond to it. The main subject studied there is language. Despite passport, or national identity, the thing that bridges many who use the building is language. I wanted to make a work that would reflect both the users and the architecture. I surveyed over 450 users of the building what languages they were fluent in. I received over 53 different languages. I linked a language with a colour of transparent vinyl and coloured a third of the glass in the atrium proportionally with the language. So English which was the most popular was turquoise and about 1/3 of the glass is turquoise. I was happy to learn later the architects for the atrium were inspired by Vladimir Tatlin‘s 1919 The Monument to the Third International (Tatlin’s Tower) (never realized) who was influenced by the tower of Babel. As language is invisible, the idea was to transform the space and bring to light all the diversity- as well as draw more attention to the mesmerising architecture- hence Colouring the Invisible.

BR: Your artist statement focuses on the idea that “the art work must respond to site & or community.” Social practices in art are certainly gaining ground in terms of institutional recognition. Would you say your work fits into this genre?

JV: A critical turning point in my art practice came when I worked for Public Art for Public Schools in New York City. My job was to commission permanent art works for new school buildings. There I started to understand the role that public art can have in a community. It can make neighbourhoods safer, it can lead to positive engagement with strangers and generally it can beautify an otherwise neglected area. Here is where I became dedicated to making what I term my social sculptures. I am not interested in making large works that just it in a plaza, but making works that engage people, in either the making or experience of the work. I am also committed to challenging some social issues- and engaging in a social practice enables me to make work to serve as a catalyst for this.

I think institutional recognition of socially engaging works come from a somewhat broken society. Institutions investment in public works, initially seemed to be more prevalent during bad economic times, (The Great Depression, the 1970s and today) when there are social problems that policy is not immediately addressing. Public Art can not replace policy! It can however aid to bringing to light issues that are of concern in a community. Alternatively with immediate social networking and communication, people’s attention spans have shrunk, and social practices, guarantee an instant experience and that is probably very appealing for many institutions.

BR: What are your thoughts on art awards as a whole? Does the art world take itself too seriously?

JV: I think the jury is still out on my thoughts about awards. As a kid I never got any awards, and I was very always jealous of those who did, but I learned to make good work to make good work, and not for the recognition I would receive. I can’t deny that being short listed, or awarded something has made my CV stand out to certain people (including my parents!), and has as a result led to greater opportunities to make more work, and keep doing what I love to do. Also monetary awards, travel awards or studio awards are incredible gifts of encouragement.

Yet I do feel that certain parts of the art world pay to much attention to what is written in a CV rather then the visuals in front of them. I really liked that the application to Aesthetica Creative Works, was purely based on the work. Yes the art world takes itself too seriously, but that might be a response to the incredible demand to be apart of it. Strangely I think that those who make their own opportunities have more fun and become more successful – even if the road is longer!

BR: Do you think winners of these kinds of awards should receive monetary prizes? Is the scene too money driven these days?

JV: I like that this year they are offering, exposure in Aesthetica, and a show, as well as money. Standing out in the art world means continuing to make work and have it be seen but it also means getting your name out there. But of course at the end of the day an artist needs to eat. In fact I don’t think enough competitions or opportunities in the art world supply monetary rewards, and it is assumed that artist will work for free. I think only one part of the art scene is money driven, in my field, Public Art, many of my works are unsaleable. When I showed at The Affordable Art Fair in October – I wrote friends encouraging them to come see my work – with the understanding that my work was neither affordable nor for sale. Still the AAF supported me- and that was really great!

BR: How would you say that your style has developed over the years? Have you been influenced by any particular artists?

JV: I have always loved architecture, Lego, Bauhaus/Modernism, and textile design- this feeds into my aesthetic sensibility. I have also loved political campaigning- this comes from wanting to know what people think and understanding the world we live in. Conceptually I am captivated by Eliasson, Christo & Jeanne-Claude, and more recently Tino Sehgal and Francis Alÿs. I came to the Slade in 2009, as my undergrad Professor would describe me as “a bull in a china shop.” A bit all over the place but with determination. The Slade really allowed me to explore and then find a rhythm, and even create a manifesto to make strong works that would include all my loves- so I could make the work with a process that really excited me.

BR: What’s next for you?

JV: Recently I was included in the Catlin Art Guide, edited by Justin Hammond- it is a survey publication of the top 40 new emerging artist in the UK, so that is pretty cool. I am currently waiting to hear back from the Arts Council about funding my project HOME, a visual audio installation to pop up in London during the Olympics.
I am also working on my curatorial debut with the project ART VENDING. You will just have to stay tuned for where you might encounter that project.

I am always applying, proposing my own projects, experimenting and working in the studio. I have learned that the art world does not give you a time line of when things will happen, you never know tomorrow I could get an e-mail from The British Museum commissioning me to make a work for their incredible atrium. More likely I could also just get a call from a friend to be part of a group show in Peckham. Either way, it seems like there are countless exciting opportunities for an artist today, so I am just going to continue making good work and time will tell me what is next!

For further information on Vogl’s work, visit her website – www.juliavogl.com

The Aesthetica Art Prize is open for submissions until 31 August 2012. For further information see the website or call +44 (0)1904 629 137. If you would like to find out more about the finalists of the Creative Works Competition, you can purchase a copy of the Annual 2012 here. 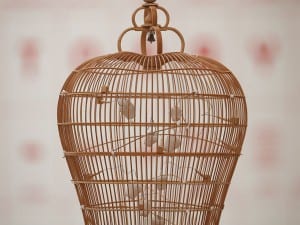 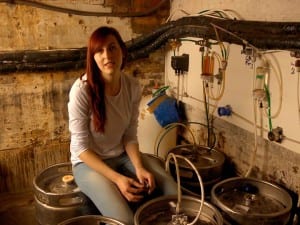 In Search of Belonging

The latest documentary from Marc Isaacs explores universal themes of loss, belonging and the search for home through careful observation of one neighbourhood in North London. 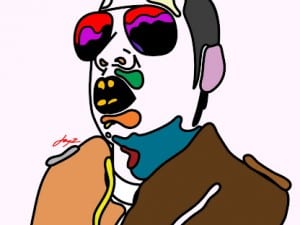