This is London at Shizaru Gallery, London 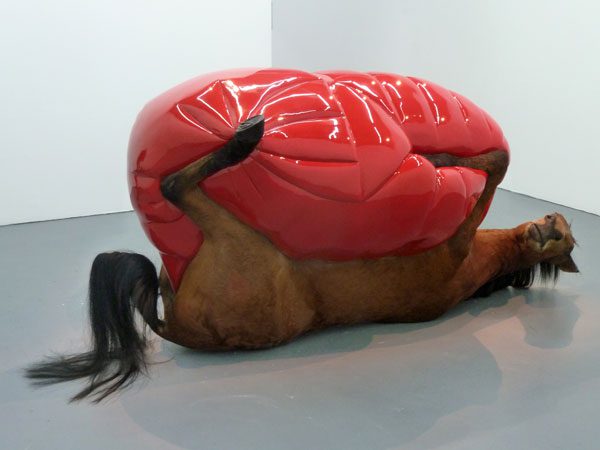 As the international community flocks to London for the Olympic Games, Shizaru is delighted to host THIS IS LONDON, an exhibition featuring a cross section of contemporary art from London. Centred on some of London’s eccentric heritage, the 45 artist span an impressive array of mediums and processes. Spread over two floors among five gallery spaces, the exhibition will offer a completely immersive experience, as the artists have been invited to cover every square inch of space within the gallery, with artworks hung Salon style.

Highlighting the exhibition are a handful of artists whose oeuvre explores themes of British heritage. English born artist David Harrison fuses his inspiration from both city and country to create a bizarre and mythical style that can only be described as ‘very English’. Alison Jackson adds an element of modernity to the exhibition with her thought provoking commentary on English society and London’s growing obsession with the cult of celebrity. Adding to London’s ongoing commitment to the promotion of Art, the exhibition also features work by one of this year’s Turner Prize nominees, Paul Noble.

London acts as a multicultural melting pot of artists from all over the world who have chosen the city as a place to live and work, and the exhibition seeks to capture London’s tangled internationalism. The show features artists such as Kelly McCallum, who although Canadian is heavily informed by English Victoriana taxidermy and Bouke de Vries who pays homage to his Dutch legacy through the medium of ceramics.

Aesthetica spoke to gallery director Simon Sakhai and owner Benjamin Khalili ahead of the opening.

A: First of all, could you talk us through your up and coming exhibition THIS IS LONDON.

BK: The Olympics are a very special moment. With such a long history, it offers a platform where different peoples come together and set aside their differences for a few weeks. This year, its taking place in London and we felt it a fitting time to stage something special. Doing what we do, it was quite obvious that our contribution would be art related!

SS: An exhibition of contemporary art from London seemed like the logical next step. London is one of the most artistically and culturally vibrant cities and we wanted to show this to the world. We invited about 20 of our favourite artists to exhibit, and then invited a selection of key gallerists to take part with contributions from some of their defining or exciting up-and-coming artists. It was important to include these gallerists as part of the exhibition, highlighting their role in making London a special place. We are delighted to host this community of gallerists and artists under one roof; in the end its become everyone’s exhibition.

A: You specifically asked the artists to ‘fill every square inch of space within the gallery’, why?

SS: New York has the grid, Hong Kong has the escalator, Dubai has the highway. I guess London has chaos. The built environment has an effect on the way we think, perceive and process the world around us. We wanted to replicate this, curatorially. Henry James once described the ‘thick detail of London life’, and hanging the works salon style will be the closest we can get to evoking this idea.

BK: And of course on a very practical level, with almost two hundred artworks there’s really no other way of hanging them.

A: It’s great to see a mix of both established artists and new talent. Who should we be most excited about seeing in the emerging section?

SS: This is always a hard question but I’ll do my best. Michael Ajerman is a very interesting painter with a very strong following. A few collectors started raving about his work to me and after seeing it in person, I had to agree. I’ve been a huge fan of James Capper for a while; his artworks balance the precarious complexity of something totally out of this world and yet completely straightforward. We have three of his power tool sculptures on exhibit. He is a real visionary. And of course the very very talented Soheila Sokhanvari. She’s really only producing a half dozen or so finished works a year right now, and we are exhibiting her most recent sculpture TPAJAX, a taxidermy horse smothered by a red maggot/grenade shaped ‘blobject’. This took about four months of sculpting and there are a lot of people waiting to see it in person. It’s a real masterpiece.

BK: But out of the many thousand artists living in London, we’ve chosen 46… So I think you should be excited about seeing them all.

A: What strikes me most about this exhibition is the focus on a multicultural London, incorporating international artists such as Bouke de Vries and Kelly McCallum who have chosen London to live and work. How did you select which artists to work with on this element of the program?

BK: This aspect really evolved naturally. It was after we began sifting through the first batch of artists that we realised that half of them weren’t British, or even from London. The work was really done for us by the nature of the artists that were out there.

SS: The tangled internationalism is pretty standard for most Londoners, in fact its almost invisible. So when Idris Khan does a photographic version of St. Paul’s Cathedral, or Kelly McCallum employs victorian taxidermy in her version of The Queen (Swan), we don’t think twice. In the end we are just calling attention to it rather than trying to isolate and define it.

A: With the anticipation of the Olympics, has this affected the gallery in any way?

SS: The first thing that comes to mind is logistics. We are organising transport for 200 artworks among an armageddon of Olympics lane closures. Surely a gold medal is in order.

A: What type of artistic talent does Shizaru profile?

SS: We showcase a selection of the most exciting contemporary artists from both the UK and abroad, focusing on a unique visual culture. Through solo exhibitions developed in close collaboration with the artist to specialty group shows with guest curators, we aim to promote artistic creativity in any medium. The gallery’s distinct interior space holds a sense of fantasy and wit, offering a fresh platform to engage with art.

A: What other projects have you planned for the rest of the year?

SS: So many. An exhibition of art called ‘Bad For You’ with artworks that deal with the eponymous title, curated by Beth Rudin DeWoody that takes place during Frieze. Next, an exhibition of new works by Jonathan Hammer. His work and his career is so impressive; but his most recent body of work is truly outstanding and we are delighted to have the opportunity to exhibit them. After that we will be having a solo show by Soheila Sokhanvari – that should not be missed. And after, Bouke De Vries will be having a solo show here following an exhibition of his at the Holburne Museum. 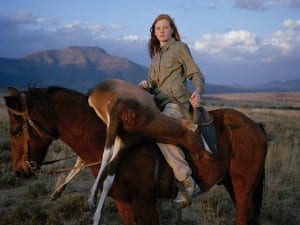 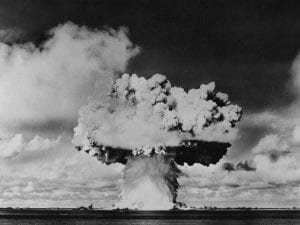 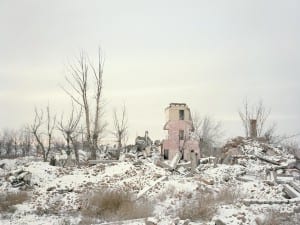 Three photographers, Nadav Kander, Boomon and Mona Kuhn, explore a complex and personal relationship between mankind and the landscape, reflecting upon our connection with, and impact on, the surrounding environment.