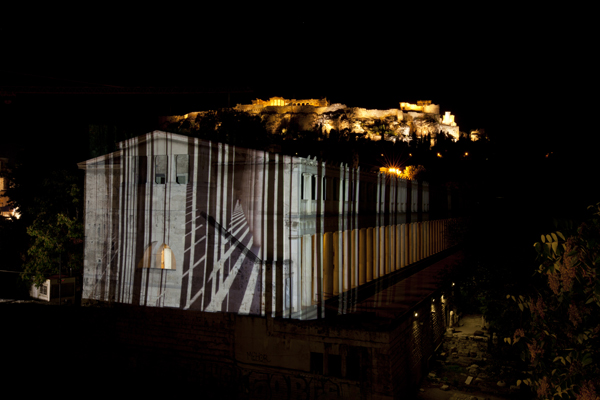 Have you ever thought that contemporary art could play a pivotal role in the understanding of our past through our present and future hypostasis? Contemporary Greek artist Aemilia Papaphilippou explores the interconnection of realities with a major intervention set at the iconic public site of the Ancient Agora of Athens, right at the foot of the Parthenon. Papaphilippou’s Pulsating Fields (commissioned and produced by NEON and part of its City Project for 2014) is an installation triptych embracing a site-specific marble sculpture, a video projected on a surface of 440 x 40 feet of the 2nd century BC monumental Stoa of Attalos, and a performance.

Departing from the survey of her chess continuum, Papaphilippou focuses on the notion of the ubiquitous and perpetual motion via the historical, socio-cultural and anthropological realms. The interweaving of such elements can dynamically be sensed in the presence of her sculpture, which is profoundly activated as a locus within locus. Visitors are invited to navigate through a labyrinthine network of a cotton web, engaging in an inner dialogue and encountering heterogeneous esoteric trajectories. Her video projection is the ultimate alter ego of her sculpture, all set in motion. Surveying the impact of the sunlight on the ancient monuments and the standing architectural features, the artist succeeds in decoding the forces of linear movement of light in close relation with the orbit of the Earth and the parallel emergence of shadows. A time-lapse investigation on the Stoa reveals a barcode formation in flux, a distinctive signature identity of the building itself. These parallelisms with cryptography and data encoding in Papaphilippou’s oeuvre, translate into the decoding of the cultural DNA as this passes from generation to generation. The Ancient Agora of Athens is a domain that inspires an ongoing dialogue, manifested throughout the artist’s conversation with the surrounding historical buildings, diverse cultural eras and human beings.

KP: The Ancient Agora of Athens is an iconic heritage site encompassing a wealth of historical and cultural characteristics. To what extent do you think your intervention is in harmony with its surrounding locus as an ambassador of public art in the city?
AP: In the need to understand nature so as to survive, we devised solutions, symbols; in other words, culture as meta-nature. In this sense, Art is a tool of expression but also one of change; altering our conception both of self and cosmos. Basically all art is public, encompassing both the individual and the collective. It is a strategy for evolution while being a technology of thought in the guise of self-expression. Pulsating Fields is, I believe, in harmony with the Ancient Agora.

KP: Pulsating Fields incorporate sculpture, performance and video. How do these disciplines integrate with one other and the visitors?
AP: Each medium allows me to propagate my message in accordance to its nature. The sculptural installation involves the visitor on a somatosensory level where one by simply walking on the marble platform -while having at the same time to find her/his way through the labyrinthine net- becomes aware that walking is not exactly such an easy task as we have grown to accept. It is, in fact, a balancing act that we have managed to master after a year or more of intense practice in our lives. Bipedalism, an evolutionary trait that made us human, involves balancing the two hemispheres of our brain. This balancing act entails that a chess continuum takes place; and I’m referring both to the dialectic process of synthesis of opposing assertions and to the ideogram/pattern depicting the chess map in one single line. Entering the platform -a decision of actually being, or not, an active participant- becomes highly significant within the environment of the Ancient Agora of Athens which is, after all, the birthplace of Democracy. I’m bound to call this awareness of being active participants in the making/weaving of things, nowadays, net-consciousness. Of course, I’m referring to the web as well; since it becomes gradually evident how densely interconnected everything is. In the video projection, actuality is being metamorphosed by electronic reality. Energy is a pulsating field that intertwines all. Surprisingly, the similarity of light sparkling on the sea to white noise, or the colonnade architecture to the barcoded intermittence of the binary code of 0,1 attests to both nature and culture alike being pulsating fields. I believe the performance will be transmitting this further.

KP: How have you evolved your Chess Continuum ideogram and how do you envisage it evolving in the years to come?
AP: Chess Continuum, a single line ideogram of the chess map, was initially conceived in 1992. However it was being preceded by the 1991 chessboard of marble and burnt engine oil, Playing in the Fields of Time there is no Winning ever, exhibited in the Sao Paolo Biennial where I represented Greece. Underneath the square marble slabs and the square oil containers I had a metallic grid which held the whole piece together; this started me thinking on grids. In 1992, I devised a string variation of the chessboard formation titled Logos Scheme or What a burden to travel light (among other reasons because string was a solution to a narrow budget), where by simply having to weave a chess grid in space I realised that I could draw the chess map in one single thread/line. This brought me gradually, to the realisation of the first Chess Continuum ideogram. It alluded to weaving, where opposites intertwined (as if in a two-ply thread, a DNA strand of sorts), being both warp and weft- communicated their complementarity. What was initially geometric and stable started appearing in nature as a flowing, oscillating, pulsating field. I could recognise it, nearly immaterially, as refracted light on the sea, in sand formations on the sea shore -more stable there- on landscapes as seen from the airplane, or in relationships, more complex and multi-dimensional. I therefore realised that all pulsates; like the waves of the seas or your mobile phone. Oscillating, mutating, yet connected -as if by threads- into a coherent network, a field, a grid, intangible, imperceptible but absolutely real. Very gradually the ideogram changed into a wavy variation. Furthermore, I sensed that it talked about our limited ability to understand chaos and order where these are only terms to describe our own limits, our own measure of awareness. Nowadays, after this piece in the Ancient Agora of Athens, I feel that perhaps another realisation is eminent and yet I cannot control this process. I’m experiencing, to use one of my titles, Being the Game and the Game’s Game, creating it as much as it creates me. In every way in our era of globalisation, cross-cultural interdependence and ecological imbalance, Chess Continuum is in full progress.

KP: The exhibited work is within a site that is visited by numerous people on a daily basis. What is the reaction of those who are not aware of the installation and, consequently, do not expect to engage with contemporary art in an area of ancient monuments and historical interest?
AP: I’m happy to report that in most cases, after the initial surprise, it is a reaction of great interest, even delight! I dare to say that people seem to be “at home”, justified in a way, since basically they are called to trust their bodies. In this sense, I believe that this reinstated corporeality becomes a hidden archive of freedom as balance and self-respect and respect towards others. 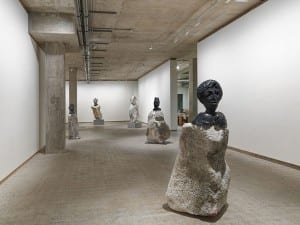 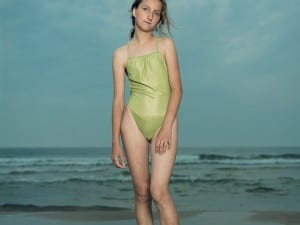 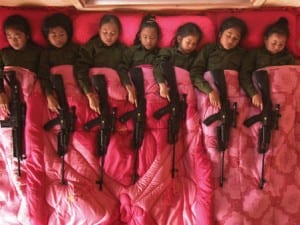 Have you ever thought that art could play a pivotal role in the understanding of our past through our present and future hypostasis? Contemporary Greek artist Aemilia Papaphilippou explores the interconnection of realities.