Interview with Andy Holden of The Grubby Mitts 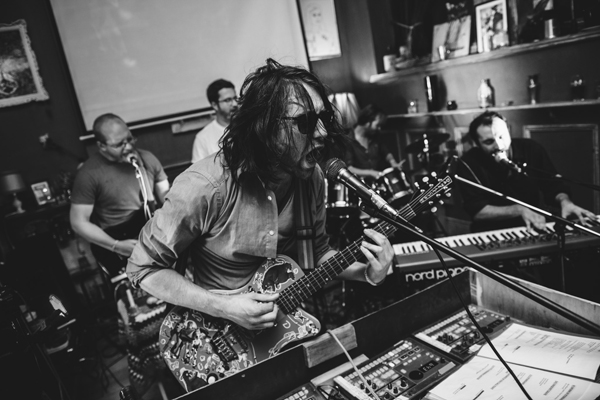 Acclaimed artist Andy Holden has teamed up with Roger Illingworth, Johnny Parry, John Blamey and James MacDowell to form The Grubby Mitts, an experimental band breaking the boundaries between art and music. Known for utilising everything from homemade instruments to repeating lyrics, The Grubby Mitts spent their most recent tour performing in art galleries rather than typical venues. The band’s new album, What The World Needs Now Is, is due out 9 March on Lost Toys Records. Aesthetica speaks to Holden about his latest release and his decision to move into the world of music.

A: How would you describe the sound of The Grubby Mitts to those who have not heard you?
AH: This question always makes me incredibly self conscious, as all bands and artists find it difficult to describe what they do and dislike drawing comparisons, even if their work sits in a tradition that in a way does describe what they do fairly accurately. Which is why saying “it’s incredibly hard to describe The Grubby Mitts” always seems embarrassingly predictable. But, I really think we have made it harder than most to describe it, other than to say something like, “wilfully eclectic”, and that really doesn’t really say anything. Different tracks have completely different aims, sounds, instruments; in a way it’s more a collection of different ideas, aiming to feel like a compilation.

A: Can you run-through what audiences can expect from your new album, What The World Needs Now Is?
AH: The band take turn with vocals; sometimes it’s spoken word, other times it’s pop, we have one track that’s a piano quintet with a marble game for percussion and another is an old English folk song. There’s a track that starts off ambient electronic and ends up almost lounge Jazz, one song is performed by a children’s choir and orchestra, another is part drum and bass anthem, another begins like a torch song, becomes a dance track and ends up a bit like Status Quo. And there are coffee pots, bike wheels, tracks that build around one sentence and lots of lists. But, it’s not ironic, we mean all of it; and all of it is melodic and most of it is quite emotional. The album in part augments lots of my installations, sculptures and films from the past few years. The album is partly an attempt to make sense of how we experience music now, after iTunes, where we seem to have upped anchor and drift between different way of listening to music. We started recording it eight years ago and have gradually been adding and adding, with different members leading on different tracks. It’s sort of meant to sound like flicking through an encyclopaedia. I don’t know, that sounds precocious, but it’s a joyous record, revelling in how open things are and the inexplicable joy of making things with you friends. Put simply: it sounds like the Super Furry Animals crossed with Gavin Bryars Henry Cow, Spaceman 3, and the Bohman Brother’s.

A: How would you like audiences to respond to the work?
AH: It’s quite a long listen as it is 18 tracks long, and it took eight years to make. But, listeners can expect to be humming bits on the way to work, I hope. It’s quite a journey. The first track starts with the band singing, “Once upon a time there was a story that began”, round and round, overlapping and interlocking, in a reworking of a story by John Bart, over a sample from Charlie Brown and drum machine, piano and guitars. The record closes with a children’s choir signing “Goodbye if you call that gone” followed by a “cover” of the song of the mistlethrush. I think it will make quite a lot of sense if anyone has seen any of the recent exhibitions, but the real hope is that it stands up on its own.

A: Last summer you toured art spaces, rather than the typical performance spaces. What was the motivation behind this?
AH: It was a mixture of things that coincided to make it seem like a very natural thing to try. First of all we are a band who have always kept one foot in art, one in music. I set up and curated the first annual music festival at Wysing Art Centre four years ago which was called Be Glad for the Song has no End and focussed on artist music projects and in a way this followed on from that experiment. It was meant to be affirmative of the blossoming culture of artist-run spaces around the UK, a number of which had supported either my art work or the band in the past. It was called The Politics of Friendship Tour as it aimed to look at the way the dynamic of friendship contributed to both the running of alternative spaces and also provided the central dynamic for the band. More flippantly, it was also a response to a comment by DJ Steve Lamacq who once, whilst playing one of our tracks on the radio went on to say “this band will never play Brixton Accademy, they will never play Glasgow Barrowlands, or the Manchester MEN arena, and I’m sure they are aware of this…” So we embraced his advice and took our music to another environment. Artist run spaces provide a wonderful space for experimental performance and so it seemed more productive to commit to that. As far as we know this is the first time these spaces have acted as sites for a tour. The tour in a way was like a huge group show, with each night making up part of the whole and it was a way of incorporating these new live projections that we had a number of artists make for us that were incorporated into the ones I’d been making over the recent years. We also asked different designers to make a poster for every night of the tour which made this interesting archive of poster design.

A: You are an artist and have had work presented at Tate Britain. What made you want to move into music? Do you find your artistic output and your musicianship are linked?
AH: My feelings towards resolving that question keep oscillating. Initially I though of them as the same, but soon difference seemed to emerge. The context of the concert venue as opposed to the gallery makes a significant difference in how the performance is received. More recently, particularly with the forthcoming album, they seem close again, most of the tracks on the record share themes and subject matter with previous artworks. I always want both to be both. The two are intwined. I’d go as far as to say that for the sake of this record they’ve become indistinguishable again. Music is a space where it is much easier to collaborate, and that also lures me back to it again and again too, it’s a space in which I can spend time with my friends.

A: What do you have planned for the rest of 2015?
AH: In April I’ll be reconfiguring my exhibition, Maximum Irony! Maximum Sincerity, 1999-2003:Towards a Unified Theory of M!MS at Kunsthalle Winterthur in Switzerland. This show is based around our teenage manifesto which called for a synthesis of irony and sincerity in the making of art. For the exhibition teenagers from Bedford, the town where we attempted to start an art-movement as teenagers, were recruited to play our adolescent selves and bring the art-movement back to life. The exhibition is a 90min film in seven parts shown around a large sculpture made out of the film set and various artworks. I’ll also be releasing the soundtrack to this exhibition on vinyl later in the year too, based around old song written by The Grubby Mitts as teenagers. After that its a totally different subject matter; I’m working on a natural history film about how birds make nests. It’ll be a releif to be working on something a little less self involved for a while.

To find out more about The Grubby Mitts and to pre-order the album, visit www.thegrubbymitts.com. 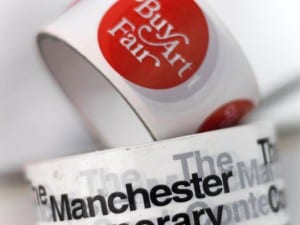 The largest art buying events in the North of England open later this week. Buy Art Fair and The Manchester Contemporary will return to Hardman Boulevard, Spinningfields, Manchester. 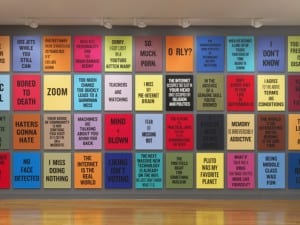 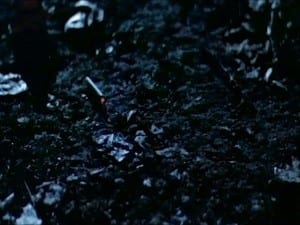