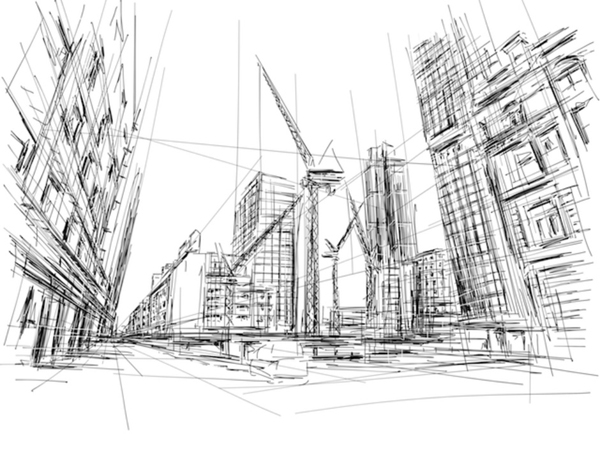 Contemporary artist Jordan L. Rodgers uses his cross-disciplinary way of working to bridge the gap between traditional drawing and drawing on the iPad. It is this unusual, innovative approach combined with an infatuation for architecture that saw Rodgers longlisted for the Aesthetica Art prize 2013. He showcased in the Video, Installation & Performance category with his work, A Vision of Urban Utopia, which mixes architectural visualisation with jaunty Cubist angles.

A: How did you feel to be long listed for the Aesthetica Art prize?
JLR: Given the sheer number of entries, it was an incredible achievement to even be longlisted, as well as featuring in the 100 Contemporary Artists 2013 Anthology.

A: Did you find it helped raise your profile as an artist?
JLR: At the early stage of my career I found the recognition very welcome and am incredibly grateful for it. The prize provided a platform for me and it also brought my work to the attention of a wider audience.

A: How has your work evolved since last year?
JLR: I have been exploring the affect the changing nature of the built environment in a vision of urban utopia has on the collective imagination. The process of creation is kinetic and mobile, we can learn from the past to inform the future. I have been contemplating the future of society, sustainability, quality of urban life and transport, which is addressed in my video entitled iPad Drawing: Death and Life of the Urban Block.

A: Could you tell me a little about your other successes?
JLR: I was delighted to find out that my work had been shortlisted for the Jerwood Drawing Prize 2013, the UK’s largest and longest running annual open exhibition for drawing. I was asked to host two workshops with The Big Draw at the Jerwood Space, each exploring different approaches to drawing. In the first, participants were invited to create drawings using an iPad. In the second, they were invited to use traditional drawing materials to imagine new futures for incomplete works made by myself using the iPad.

A: What is your mantra as an artist and what do you hope to achieve with your work?
JLR: As I use the iPad to draw, I hope to push the boundaries of drawing through utilising enhancements in modern technology to offer a new perspective in contemporary visual arts practice.

A: Any up and coming exhibitions?
JLR: I’m currently working as the artistic director on Save the Futurist Cinema campaign, another famous landmark in Liverpool in serious danger of demolition. I’m currently involved in the project to produce work on the Futurist and to showcase 3D mapping on the façade in time for summer. Through reconnecting with the city where I was born and exploring how the changing nature of the built environment affects the collective imagination, I hope to make work relevant to a local audience. I will also be showcasing iPad Drawings of Liverpool with an upcoming solo exhibition at Clove Hitch Gallery, Liverpool in March 2014.

Laure Prouvost has been announced as the winner of Whitechapel’s Max Mara Art Prize for Women. Iwona Blazwick, OBE, Director of the Whitechapel Gallery revealed the winner this evening. 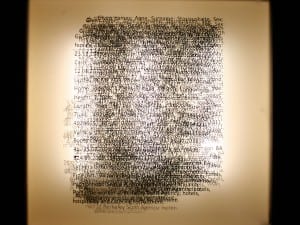 Corinne Demas is an award-winning author with 30 books to her name, including five novels, two short story collections, a collection of poetry, and numerous books for children. 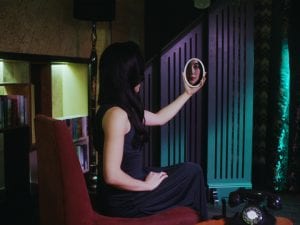