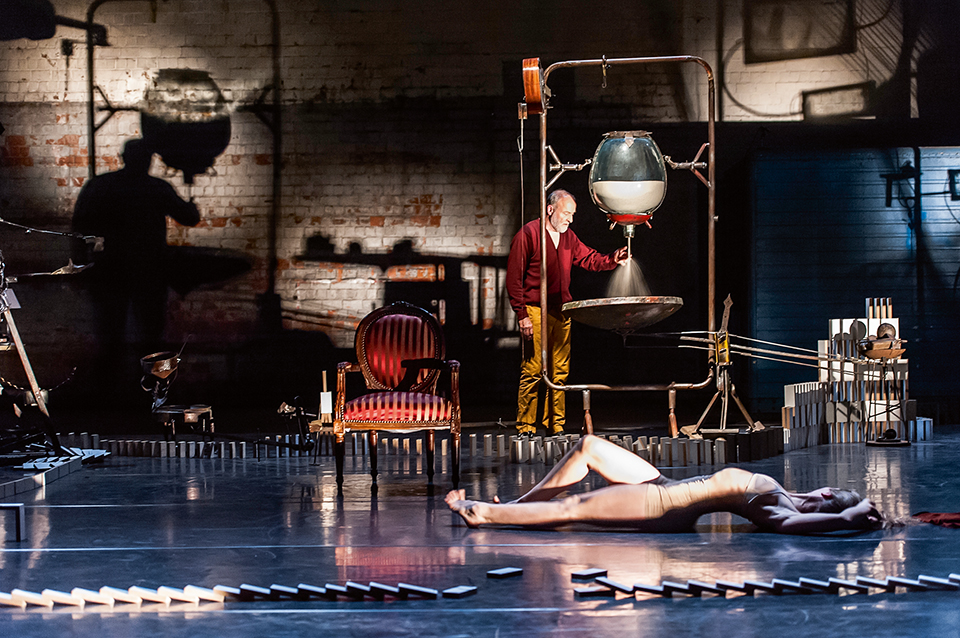 Anna Nilsson’s dynamic show flirts with the transience of life and the march of time via an innovative combination of theatre and circus arts.

It is almost impossible to define Anna Nilsson’s new show, Expiry Date, which combines circus, music, opera and theatre as well as detailed engineering and stage mechanics, and it seems that is how she prefers it: “I really like that it may be hard for people to categorise us.” Expiry Date played at The London International Mime Festival 2016, and continues its tour across Europe in February. Born in Sweden in 1980, Nilsson began training with the circus at the age of 15 and formed the company BabaFish in 2009 with Anke Bucher and Michela Henle. Expiry Date sees Nilsson expand into solo creation, relinquishing the need to work as a collective.

Indeed, it is a very personal show. Expiry Date was created after the death of her grandmother and influenced by her mother’s illness, and is a re ection on the nature of life and death and the passing of time. Nilsson speaks about the way the production evolved: “I started to design the show after my grandmother died. It was actually supposed to be a happy show – I wanted to demonstrate beauty – but during its creation my mother got cancer, so I became a little depressed and the work is a bit dark.” These dark foundations are leavened by the lightness with which Nilsson approached the making of the show, and the talent of her collaborators.

Her father was one of these, drafted in to assist with the designing of the set. An inventor by trade, he turned his engineering mind to the problems of the elaborate design that Nilsson had imagined: “I wanted an incredible set that would count down the time during the performance and I wanted to use a lot of different ways to count down. I started drawing how I wanted everything to look – linked together and beautiful – and then I showed my father and he put his engineer’s touch to it.” The set is designed in the manner of a Rube Goldberg machine or is perhaps reminiscent of the illustrations of Heath Robinson, famous for his intricate and complicated equipment for achieving simple objectives. It includes ball bearings, pendulums, a ticking clock, countless domino blocks and an enormous sand-timer. Everything on stage is delicately linked to the next, each part has its place.

It seems fitting then that Nilsson’s family has been so integral to her creation of this work: the innovation process operates in a way similar to the workings of the set, where one thing sets off a chain reaction that is implicated by personal events along the way. She concurs: “I have been performing for 15 or 20 years. It was the rst time that my parents were involved and it was really nice.” Indeed, the piece does play with ideas of nostalgia and family. Nilsson’s circus past has also had an influence: the genre moves easily between disciplines and is perhaps harder to restrict to any one mode of output. For Nilsson, circus people are always set-builders and riggers as well as being performers and choreographers: “In my experience the circus world is very open-minded. Circus people are so generous. Being Swedish and coming from a socialist country, I really like this.”

This preference has affected her choice of people to work with. In Expiry Date she shares the stage with Thomas Hoeltzel (b. 1983), Jef Stevens (b. 1947), an autodidactic actor who came late to the craft, and Laura Laboureur (b.1988), who is also a contortionist and singer. Nilsson loves the range of these performers: “I think I just really like people who are multi-talented!” and she speaks of them in glowing terms. “When you find the right people to connect with, it’s just amazing.” Stevens plays the central character, a man who is nearing the end of his life and reflecting on his memories. Not only do the other actors perform around him to characterise time running out but this is also exemplified by the moving set. Domino bricks fall, sand runs through the timer, clocks tick and the pendulum swings.

Despite the domino bricks and the gradual destruction of the set, Nilsson is keen to emphasise that the piece is not about falling, something she associates strongly with the circus: “I worked with the Feria Musica (a Belgian circus) for four or five years on a show that was only about falling. I’m kind of tired of that.” To Nilsson, the show symbolises something else, with all its handstands and juggling, a kind of staying aloft. The two aren’t mutually exclusive though, and perhaps the impact of all that circus training has endured. It’s arguable that juggling is about the falling; certainly there is a kind of inevitability about dropping the ball. Perhaps, in fact, it is not a show about falling as such but about the inevitability of falling. After all, death comes to us all.

Nilsson refers to this as well: “If you look at the set … you already know the lamp is going to go out. It is something you can understand.” Such a delicate set, with objects that get put in motion in the course of the performance, is understandably a source of concern: “So many times before the show starts, everything is set up on the stage and in balance, and I’m almost having a heart attack because if you just step a little bit too hard on the floor, it sets everything in motion.” It is also something that brings people together: not just the performers, who are each responsible for setting up a different section of the stage, but also the audience members who are intrigued by the mechanics of it. Nilsson says: “People want to come up on the stage afterwards and see how everything works and I love showing them”.

Ageing, death and the passing of time are universal experiences, and this is reiterated by the way that the performers communicate on stage. Although the performers speak in French, Flemish and Swedish, they really communicate through their bodies and the sound of their words. The meaning of these words is, Nilsson suggests, unimportant: “The words don’t matter, it is the emotion that we want to convey.” Nilsson says that she likes to consider the voice as an extra limb on the body. Music plays a big part as well: there are soundscapes of distorted machinery and old songs that Stevens’s character might have enjoyed when younger. Both Stevens and Laboureur sing and Hoeltzel performs Habanera (L’amour est un oiseau rebelle), one of the most famous arias from Carmen (Bizet, 1985). Opera is a great example of the way in which emotion can transcend meaning, where the voice can induce emotional reactions.

Emotion is also communicated through the physicality of the performers: “We were working on the different stages, how you might seem when you are about to die and you go through maybe surprise and anger. Towards the end there can also be a moment of euphoria. We have that finally. “Just before the main character is supposed to die he starts dancing, and then everybody is doing the same.” This is a piece that is emotional and nostalgic, a beautiful reflection on the questions and emotions surrounding life and death and time. But it is also pragmatic. The sand will drop, the dominos will fall and, eventually, the light will go out. 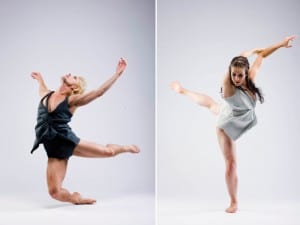 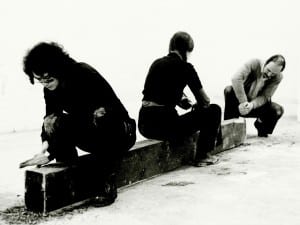 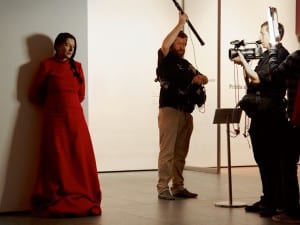