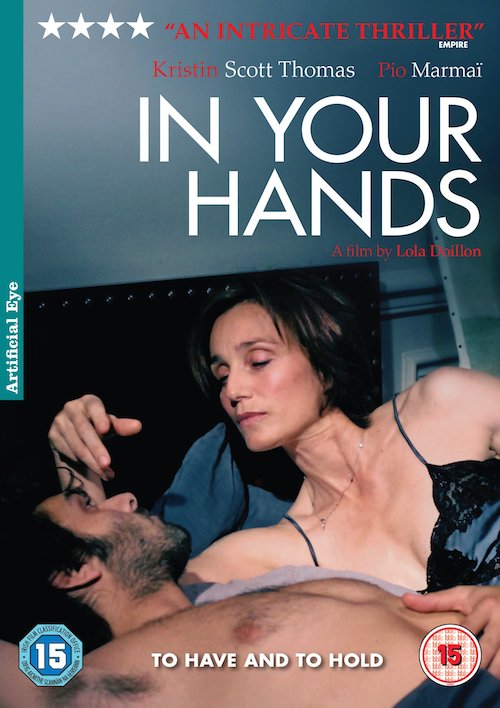 In Your Hands (Contre Toi)

Alone in a cell-like room, plagued and tormented by her captor, mystery man Yann, surgeon Anna is forced to confront the personal and professional facets of her personality in a way that is alien to her. In Your Hands is far from an ordinary tale of kidnapping.

In fact, it dares to break most, if not all, of the rules as it ventures into The Collector/Death and the Maiden territory, tinged with an extreme case of Stockholm Syndrome. But there is no madness here. Instead the villain is presented as flawed and all-too-human – he is neither idealist nor freedom fighter – whilst the victim is given time to accept her failings as a cold career woman.

A small portrait of loneliness, isolation, need and guilt, this almost theatrical two-hander stars Kristin Scott Thomas and Pio Marmaï as the protagonists whose relationship progresses from being polar opposites to kindred spirits: two lost souls who find in one another the route out of their shared dissatisfaction with life. Alas this is not John Fowles, and it misses that sense of deep obsession.