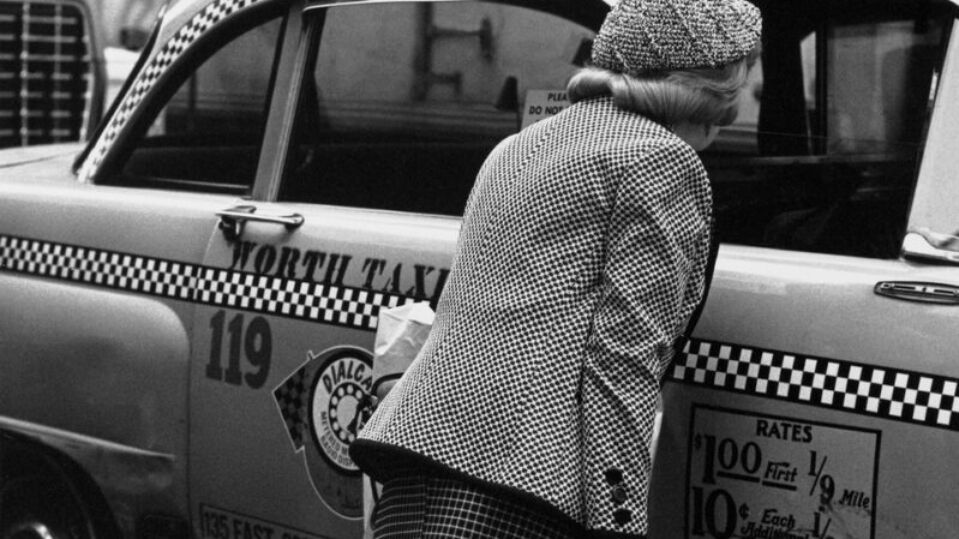 Helen Levitt (1913-2009) was a pioneer of spontaneous documentary photography, bringing the streets of her native New York to life across a career spanning eight decades. Ahead of a new retrospective at the Photographers’ Gallery in London, we look back over a remarkable life and career.

The show launches almost 80 years after Levitt’s first solo exhibition, Helen Levitt: Photographs of Children, held at New York’s Museum of Modern Art in 1943. That selection of work grew from her early practice of photographing chalk drawings created by street kids on the sidewalks of New York. Pieces such as Chalk Drawing of Figure with Double Pupils (1940) occupy a fascinating space between naturalism and surrealism. These are undeniably “real” images, yet, in their exclusive focus on the young artists’ sketches, they foreground a naïve and often bizarre imaginative universe.

At the time, Levitt, a high school dropout from a second-generation Russian-Jewish immigrant family, was working as teacher to young children. Her lower middle class origins – and the archetypal New York narrative of her family history – perhaps explain her deep connectivity to Brooklyn, Harlem, the Lower East Side and other (then) working class neighbourhoods. The energy and daily happenings of these places inspired her; the resulting images convey a palpable sense of ambience and atmosphere. Another key professional influence on her career, meanwhile, was meeting with French photographer Henri Cartier-Bresson (1908-2004) in the 1930s. A more feted member of the street photography vanguard than Levitt, Cartier-Bresson was a pioneer of the “humanist” approach to lens-based media whose influence, like Levitt’s, can be felt on the post-WWII development of documentary cinema.

Like her European mentor, Levitt was as concerned with the poetry and mystery of street life as with the social realities underlying it. Both artists were inspired by surrealism, Levitt even working for a time as editor to the filmmaker Luis Buñuel, the mind behind Un Chien Andalou (1929). Taking a cue from the surrealists’ emphasis on the otherworldly substrata lying beneath reality, the emerging photographer sought out human subjects who seemed to be undertaking unusual activities, or to be in strange moods or postures. Always fascinated by children, Levitt’s lens captured her young protagonists in apparent states of roleplay or theatrical expostulation, as if they were occupying some realm of fantasy or illusion. In other sketches, they take on curiously adult characteristics: smoking cigars, grimacing or slouching against walls.

With her film work, Levitt was able to ratchet up this emphasis on jarring or perception-shifting content through odd juxtapositions of themes, symbols and emotional triggers. The artist’s masterpiece In The Street (1953), created with filmmaker Janice Loeb and writer James Agee, focused on communities in Spanish Harlem, announcing in its introduction that “the streets of the poor quarters of great cities are…a theatre and a battleground…every human being is a poet, a masker, a warrior, a dancer.” Each of the characters in these short incidental scenes of travel, leisure, work, conflict and intimacy is treated as an archetype of the human spirit, an approach that greatly influenced cinéma verité in the 1960s.

From the 1950s onwards Levitt turned to colour photography, recreating some of her early black-and-white images in rich dye-transfer prints and receiving a Guggenheim grant in 1959. In 1974, she became one of the first photographers to exhibit her work in colour. The later images included in this retrospective – two elderly women squinting in the sunlight; a young girl by the side of a car – show how the new tonal range aided Levitt in disclosing the grandeur and spectacle of everyday life. Living a quiet and solitary existence, Helen Levitt died in her sleep in 2009 at the age of 95, having made an indelible, yet still undervalued, contribution to 20th century visual culture.

Helen Levitt: In The Street runs at The Photographers’ Gallery from 15 October until 13 February.
Find out more here. 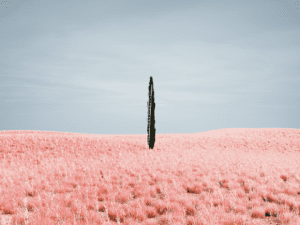 Massimo Colonna is an Italian photographer, post-producer and retoucher who invents spaces that play with a sense of reality. 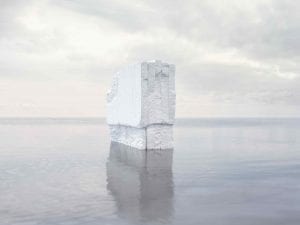 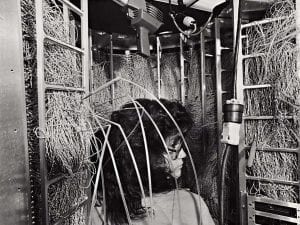