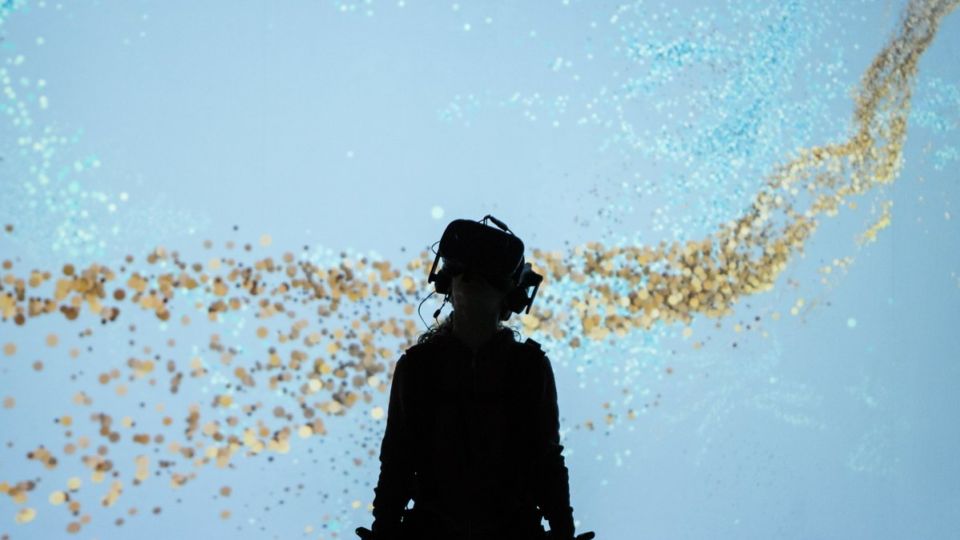 It’s easy to forget the tranquility of nature in a bustling city like London. Despite it offering several lush, green spaces, most visitors will be unfamiliar with the Sequoia tree – quoted as the biggest living organism in the world by Marshmallow Laser Feast, the creators behind Virtual Reality experience We Live in an Ocean of Air at Saatchi Gallery, London. With its ethereal title and sleek promotional material, the exhibition promises to “illuminate the invisible – but fundamental – connections between human and natural worlds,” offering viewers the opportunity to enter within the Sequoia.

Upon entering Saatchi’s lower floor, it seems it would be hard to connect with nature in such a man-made environment. The space is split into two arenas; each one projects a digitally-rendered image of a Sequoia tree – tranquil and poised, ready for interaction. Audiences are called up, group by group, to enter the experience, and guided to one of ten “docking” stations ready to be kitted-out with the latest tech-attire. It feels a little like a science experiment, with human subjects being hooked-up to a machine.

Each visitor straps into the HP PC backpacks, and heart sensors are tentatively attached to the left ear and both wrists. The headset is fitted over their faces, blinding individuals to the realities that carry on around them. A white interface explains that the experience is loading, before a calm, female voice asks participants to relax – in a meditative way – and to simply breathe slowly, in and out. Pictorial particles disperse outwards into a black abyss. A swirl of cool blue petals, turning rosy red, visualises the air as each person breathes out.

From the get-go, We Live in an Ocean of Air establishes a sense of the viewer’s own autonomy – and their ability to shape this digital experience. It’s thrilling to observe the influence we have over our own visual experience. The programme tracks and relays the blood-red rhythms that pulse through our bodies – both our own arterial system, and that of fellow participants, are represented in the experience.

Gradually, the scene lightens, placing viewers inside a forest: standing in the company of a large Sequoia tree. Visitors continue to breathe and make patterns in the air, increasingly interacting with elements in the programme. The three-dimensional nature of the scene tricks audiences into halting at the tree bark’s borders. In reaching out, prior knowledge of trees – as solid entities – suggests that we cannot traverse its boundaries. Here, sensibilities become disorientated, as it becomes possible to enter the Sequoia’s trunk.

Inside, audiences can look up and down, reach around from the ground-up, and choose when to walk in and out of its borders. As the experience progresses, the Sequoia’s xylem and phloem are represented by luminous strips of blue and white light. They bind and twist together, until eventually, they begin to disperse, seemingly at the touch of human hands. It feels like a fantasy world – like being transported into James Cameron’s Avatar. It shows how, in a short space of time, VR technology has developed: in this scenario, it provides an imaginative, playful and entertaining experience. But how close does it bring us to nature?

There is an argument that VR technology can negatively affect our perceptions of reality in that we can become disappointed when the “real world” does not match up to a virtual one. Despite this,We Live in an Ocean of Air provides a respite from the humdrum of city life. It leaves us wondering what it would be like to see a real Sequoia tree, and encourages us to ask questions about where it grows and its role on planet Earth

Images: Marshmallow Laser Feast, We Live in an Ocean of Air.

Coinciding with its sixth award ceremony, the Fondation Carmignac will be exhibiting works from all years of the Carmignac Photojournalism Award at the Saatchi Gallery in London from 18 November – 13 December. 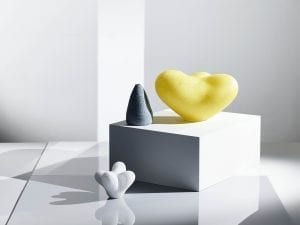