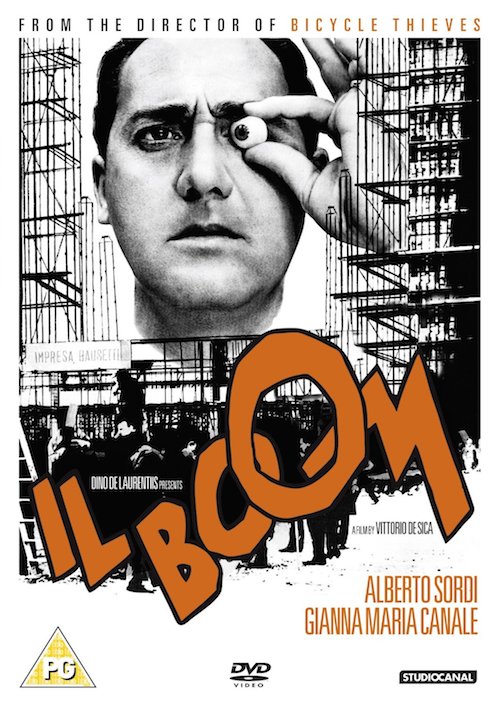 Those familiar with Vittorio De Sica’s work through Italian neorealist classics such as Bicycle Thieves and Umberto D are in for a surprise with the surreal comedy Il Boom, re-released on DVD in April to mark its 50th anniversary.

Set during Italy’s post-war economic boom, it’s the story of Giovanni (Alberto Sordi), a man deep in debt struggling to keep up with the extravagant lifestyles of those around him and to maintain his wife’s pampered existence. Things take a distinctly non-comedic turn, as he briefly contemplates the escape route of suicide, but help arrives in the oddest of forms: a wealthy man willing to part with millions for a human eye.

The juxtaposition of such a serious, and at times dark, story with the kind of jaunty soundtrack that might have accompanied a Chaplin comedy and some exaggerated, almost pantomimic acting is an unusual one to say the least. Somehow, though, it works, standing ultimately as a departure that will amuse and intrigue fans of the more sombre strain of De Sica’s filmmaking.