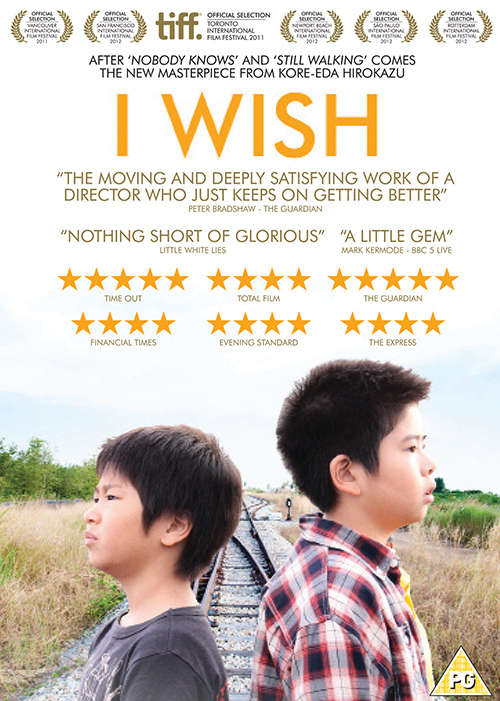 Following successfully in the footsteps of such Japanese masters as Yasujiro Ozu, Hirokazu Kore-eda rejects high action and relentless pace in favour of quiet family drama with I Wish.

A worthy addition to the official selections of the 2012 Toronto International and Rotterdam Film Festivals among others, this subtle yet soulful tale follows young brothers Koichi and Ryunosuke – literally existing on opposite sides of the tracks (the bullet train line) – in their determined yet naïve attempts to piece their broken family back together.

In two very different contexts, both punctuated by a lively bunch of friends and typical day-to-day familial happenings, the boys devise elaborate plots, save money and place their faith in wishing on the train that rushes through their lives like a grand metaphor in the hope of being reunited.

Casting real-life brothers Koki and Oshiro Maeda in these central roles is a real masterstroke; they have an easy natural chemistry which contributes greatly to what Kore-eda ultimately achieves: a carefully drawn portrait of family breakdown and possible reconciliation through a child’s eye.