I Myself Have Seen It: Photography and Kiki Smith, Scottsdale Museum of Contemporary Art, Arizona 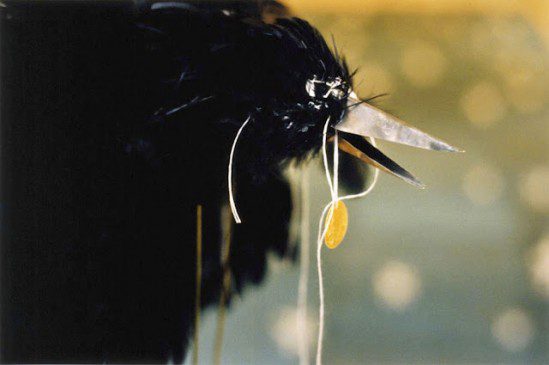 I Myself Have Seen It: Photography and Kiki Smith is the product of a decade-long conversation between independent Curator Elizabeth Brown and the artist, examining a little-known body of work to provide important new insights into Smith’s extraordinary career. Aesthetica spoke to Claire Carter, Assistant Curator at Scottsdale Museum of Contemporary Art (SMoCA) to learn more.

A: First of all, I just wanted to ask about what you see as the importance or influence of photography in Kiki Smith’s wider oeuvre, including the sculptures for which she’s probably best known?

CC: Introducing the exhibition, Elizabeth Brown outlines Smith’s use of photography: “Over three decades she has experimented with its use in many ways: as a tool, as a means of personal expression, as a way to construct meanings. She sees it as a flexible medium in which she can explore space, composition, colour and texture, free of the material constraints of sculpture or printmaking.” The primary goal of the exhibition is to describe both the formal variety of the work and its conceptual extent—the ways Smith thinks and articulates her ideas visually, using the camera.

A: Many of the photographs in the show appear consciously posed or staged. They don’t come across as snapshots but much more as tableaux or orchestrated mini-scenes. Do you see this as an important aspect of Smith’s photographic style?

CC: Smith constantly carries a traditional 35mm camera—she photographs constantly. Many of the photographs represented on a larger scale are made of motionless scenes, inert sculptures, still landscapes, taxidermy animals. I think this adds to the feeling of orchestration. However, the diminutive 4 x 6 inch photographs that line the floorboards of the museum walls reveal a much more improvisational or extemporaneous tone.

A: There are both large scale and small scale photographic works in the show. How does scale function in the photographs? Is their a distinction in the approach she takes to the larger works from that in the smaller works?

CC: That is an interesting question. All of the photographs in the exhibition were made with a 35mm, handheld single lens reflex camera and shot with traditional colour film. Of course the size differentiation emphasises the works’ importance, but each image is capable of being any size at any time. However, the photographs Smith chooses to enlarge have a sense of quietude, solemnity. There is a sense that the photograph is a complete thought with a beginning and an end. This is in contrast to the installation of 1,300 small 4 x 6 inch photographs that line the floorboards of the museum walls. These images are exquisite and beautiful in their own ways but they are also a kind of linear brainstorming, almost a film reel that transports you through the galleries and through Smith’s world.

A: Reproduction, in every sense, has been an important theme for Smith in many of her works. Do you see reproduction as important in Smiths photography, given that it is an essentially reproducible medium?

CC: The emphasis on Smith’s process is a good way to contextualise this question. Really all of the work in the exhibition is an example of Smith’s process—her engagement with the world, her inspirations and muses, the process of documenting the various states of her drawings, carvings, sculptures. Photography is the perfect co‐author in observation.

A: The exhibition features some of Smith’s experiments with time-based media. Could you tell us a little about these works and how they relate to Smith’s other photographic works?

I would advocate first considering that all of Smith’s work is essentially time‐based. Although photography and her videos are explicitly time‐based, Smith presents the passing of time by tracking the many transformations and changes a sculpture takes on during its lifetime. In the exhibition catalogue of the same name, curator Elizabeth Brown states: “Smith is drawn to the way such repeated, incrementally changing views conjure up the experience of being with the subject….what Smith describes as ‘movement through stillness.’” It’s interesting to know that when studying at Hartford Art School, Smith’s focus was on filmmaking.

A: One of the most interesting aspects of the show seems to be the inclusion of some of the photographs Smith takes as part of her sculptural process. How does her approach in these works relate to works where the photograph is the finished work in itself?

CC: I think Smith’s observation in the catalogue explains this approach perfectly: “I don’t think my work is particularly about art. It’s really about me, being her in this life, in this kin. I’m cannibalising my own experience, my surroundings.” Curator Elizabeth Brown contextualises this quote stating: “This holds especially true in the photographs, most of which originate with projects in other
mediums. Extending the cannibal metaphor, Smith’s photographs can be seen as devouring and reprocessing her sculpture. But the relationship is reciprocal: they also nourish her works in other mediums in multiple ways, contributing to their invention, their development, their process, and their interpretations.”

A: The exhibition includes photographs from a wide period in Smith’s career. Is there a development in style over the period in your opinion or is the way she uses photography consistent?

CC: Smith makes photographs incessantly. The curatorial endeavour of sorting through such an archive to make a manageable selection means the selection cannot represent every facet of her development. More than arguing for a clear stylistic development, the exhibition presents selections of photographs that demonstrate the wide range of creativity and ingenuity Smith applies to her work.

A: I’m really interested in the works that make use of traditional myths and fairy tales. Could you tell us a little about these works and how Smith is able to subvert their meanings and implications?

CC: Kiki Smith often uses the iconography of fairy tales in the characters and narrative in her artwork. She borrows from Western iconography already laden or fraught with meaning. The visual symbolism of Little Red Riding Hood, the Evil Witch, the screaming banshee, trigger a flurry of associations. Smith breaks this dialogue, however, by interjecting unexpected storylines into the traditional stories. At times Little Red Riding Hood becomes a girl with a grotesque, hair‐covered face; harpies become beautiful, lithe sexual bodies, banshees are based on portraiture of real women.

A: Many of Smith’s sculptures seem influenced by Julia Kristeva’s ideas of the “abject” and “horror”, particularly in the context of the AIDS crisis. Do you see these ideas as important in the photographs?

CC: Kristeva and Smith were born within fifteen years of one another. Both feminists are interested in identity, the feminine, sexuality and the representation of women in culture. Certainly Smith’s images blur the line between the abject and the beautiful—one of Kristeva’s main interests. Perhaps most interesting however, is that Smith and Kristeva see the subject in a state of unending process—always morphing and growing and changing. In their artwork and writing, respectively, they emphasise the instinctual, emotional, psychological—characteristics generally associated with the feminine.

A: Finally, the title of the exhibition seems really interesting as it relates the art of photography to Smith’s individual and personal vision… Could you tell us a little bit about what you see as the importance of the title to the exhibition, is there a sense in which the camera is documenting the way Smith sees the world?

CC: I Myself Have Seen It: Photography and Kiki Smith emphasises, first and foremost the first-person perspective. What is interesting here is the plurality of meaning – this could reference Smith’s visual encounter with the subject; the utilisation of the photograph as documentation, or proof; or the perspective of the exhibition-goer, sharing Smith’s representations of the visual world. 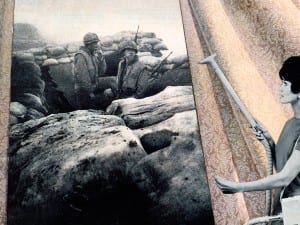 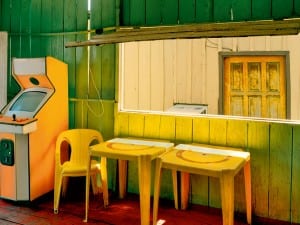 Barry Cawston uncovers the surprising beauty present in the seemingly mundane: his arresting photographs are often of still, silent settings, void of intrusive humanity and bursting with intriguing shapes, shades and angles. 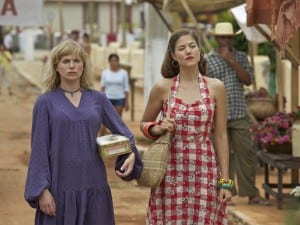