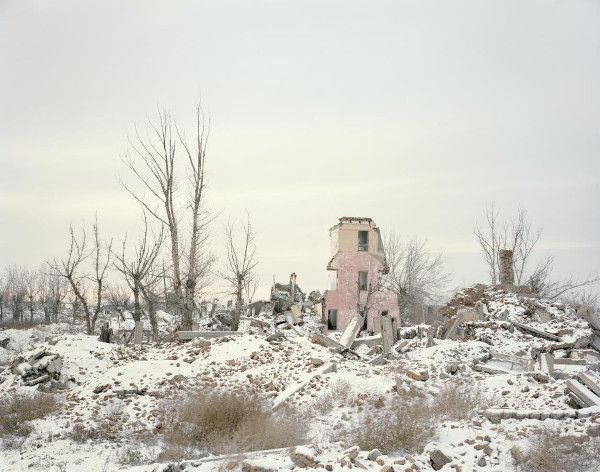 Three photographers, Nadav Kander, Boomon and Mona Kuhn, explore a complex and personal relationship between mankind and the landscape, reflecting upon our connection with, and impact on, the surrounding environment.

Nadav Kander’s recent series entitled Dust explores the radioactive ruins of secret cities Priozersk and Kurchatov on the border between Kazakhstan and Russia.These cities are closed, once utilized for the covert testing of atomic weapons. Now demolished, the areas consist predominantly of ruinous architecture and desolate landscapes which provide hauntingly beautiful photographs. The ruins now stand as accidental monuments to the melancholic, dark and destructive side of human nature.

Meanwhile, South Korean photographer Boomoon uses the natural landscape as a means of self-reflection, producing large format photographs of vast expanses of sea, sky and land. The works shown here are from two series, first Sansu which refers to the concept of ‘sansu’ (mountain-water), the metaphysical union with nature and depicts Seoraksan National Park in the midst of winter. The second series is Naksan, named after a beach on the east coast of South Korea that faces Japan, the images are of crashing waves amongst snow covered seascapes. Devoid of human presence, the central emphasis of Boomoon’s work is the infinity, and unknowable and uncontrollable character of nature.

The third featured artist is LA-based Mona Kuhn, whose contemporary depictions of the nude question our connectedness with the environment and our place within it. Set against the backdrop of the Californian desert, or the golden modernist structure Acido Dorado in Joshua Tree National Park, her series brings the figure, abstract and landscape into one. The Acido Dorado’s glass and mirror facade functions as an optical extension to the artist’s camera as light is split into refracting colours, desert vegetation grows sideways, inside is outside and outside is in. Kuhn’s playful visual strategies – patterning, translucency and reflectivity – send the material and figure disappearing into their surrounding landscape. 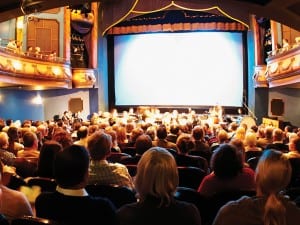