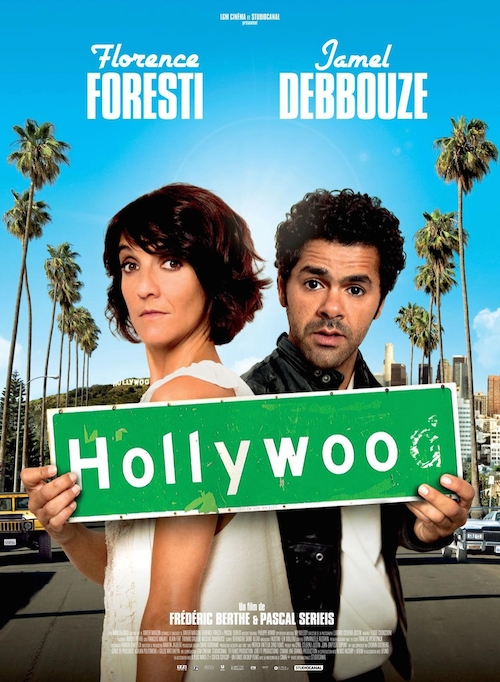 Her mission? To persuade dimbulb TV actress Jennifer Marshall (Nikki Deloach), star of the hit show LA Couples, not to quit. The reason? Motormouth Jeanne supplies Jennifer’s Gallic tones in the re-voiced French version. Jamel Debbouze, here swapping the political dramas of Rachid Bouchareb for more lightweight fare, is Farres, Jeanne’s partner in crime. Together these nobodies succeed in pricking the bubble of Tinseltown, even accidentally sabotaging the sign, thus giving the film its odd title.

Jeanne’s odyssey is a whimsical one; a journey through a landscape populated by unfriendly and unhinged people. That she succeeds in infiltrating Jennifer’s closed-off world (in a way made genuinely funny rather than creepy) hints at the fantastical nature of the frequently hilarious plot.