Holding up a Mirror to Society 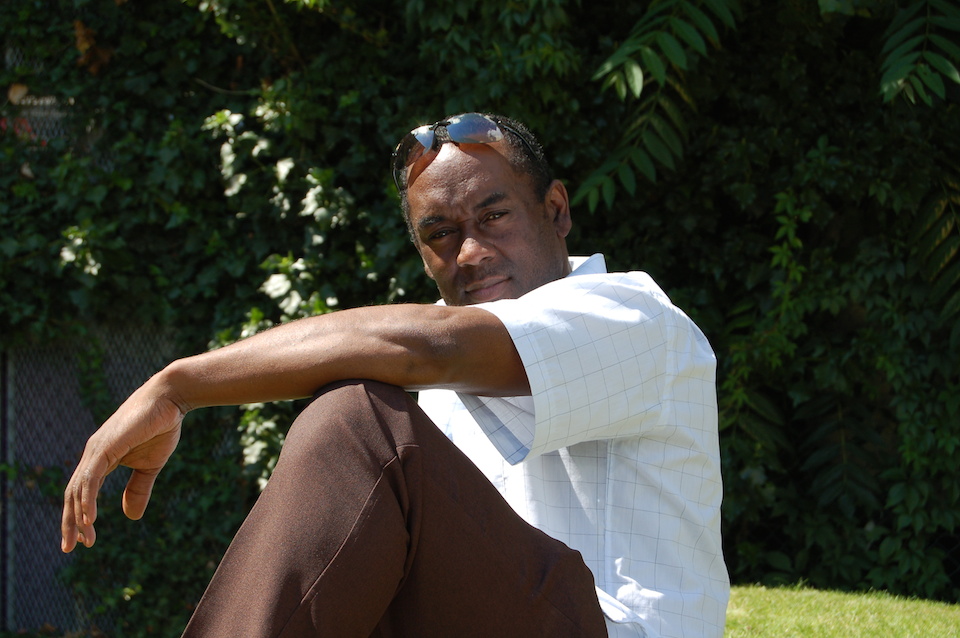 Alex Wheatle is one of Britain’s most exciting writers. He is a storyteller and a wordsmith. He is a man that takes difficult subjects such as disaffected youth, crime, drugs and violence and tells it like it is through brilliant dialogue and realistic characters. This ensures that his writing is from the heart and gives an honest portrayal of life in the inner city.

His texts are extremely relevant in today’s turbulent society. His work is not only an expose of violence and gun-crime, but also an account of how identity and personal history changes after immigration and through the generations. Wheatle’s use of dialogue, description, and place (as well as a love of John Steinbeck) creates an authenticity that is both gripping and compelling.

Alex Wheatle was born in 1963 to Jamaican parents living in London. He spent most of his childhood in a children’s home, leaving at 14 to live in a hostel in Brixton. “I wasn’t always in Brixton. I was brought up in a children’s home in Surrey; it was very white and middle-class. When I returned to Brixton, I didn’t know anything about Black culture. I didn’t know what people were talking about. It forced me to pay attention. I had to be quiet and listen to what was being said. Because of that, in the long run, it made me good at picking up dialogue. I was forced to listen, pick up these conversations if I wanted to fit in.”

After living away from Brixton for 10 years, Wheatle experienced a double identity. “It was a new world experience. When I returned it was a culture shock. I was a second generation Jamaican and I couldn’t even understand the Jamaican accent. Imagine the culture shock that it was for me? There was a lot of teasing and jiving that I had to go through until I was accepted.”

At 18, Wheatle was involved in the Brixton uprising and went to prison for three months. On his release, he continued to DJ and MC under the name Yardman Irie, moving in the early 1990s on to the performance poetry circuit as The Brixton Bard. His second novel, East of Acre Lane, won the London New Writers Award (2000). “My writing started by being a lyricist and a DJ. I lived in that turbulent time in Brixton from 1979-1981 with the riots; I was a bit of a social commentator back then, just making rhymes about my immediate environment, what was happening to me and to my friends. I would walk around with a notepad and try to write down rhymes for performances on the weekend. In those days it was very competitive, the best DJs were very popular, like the news broadcasters of the ghetto. I wanted to imitate them. I loved the idea of making songs, lyrics and statements.”

“In the mid-1980s, I became a stand-up poet. I did that from the mid-80s until the 1990s. Sometimes, I would make stories and play with the lyrics to make the stories longer, and that’s when the first idea of writing a novel came into my head. It was a long graduation from lyrics to writing a novel. I was frightened to death, but my friends encouraged me. I had so much to say. I was angry. So many things happened to me in my life that I wanted to get it off my chest. At first, I didn’t think about getting published, but I wanted to write these things down to cleanse myself.”

“After writing East of Acre Lane, I wanted to move on to other subject matters, but I couldn’t ignore what was going on outside. I have been to a couple of funerals, and I have seen mothers in despair. I can’t ignore that. I needed to give it some kind of context, not just a headline in a newspaper. I wanted to build a story around the people that are headlined. I waned to give some kind of understanding to it all.”

His latest novel, The Dirty South, published in April 2008 by Serpent’s Tail is set in Brixton, 20 years after the race riots. The Dirty South follows the adventures of teenager Dennis Huggins as he drifts into the easy, dangerous life of the shotter — or drug dealer — and discovers that hard as the struggle for respect on the streets is, the struggle for love is harder still.

Wheatle’s characters demand your attention. He creates personalities that are representative of the social situations of today. Dennis, The Dirty South’s main character is “cynical, not so noble and self-obsessed.” Wheatle did this on purpose; he wanted to develop a character that is un-likable to create a realistic portrayal of a young person in turmoil. “Kids are being raised now in a way that they are growing old before their time. They look on the Internet and see gangs with their own videos. It is becoming an influence. We are generating that age group who are seeing things that they shouldn’t be seeing.”

“My main ambition with The Dirty South was to make people sit up and pay attention. All I am doing is holding up a mirror to what is going on, the stories that I’ve heard, and the tragedies that have touched me. The book is a mirror to society; I want to say, ‘hey all you people that talk about these issues, have a look at this book, read this, it might give you insight’.“

Alex Wheatle not only writes poetry and novels, but also spends considerable time working with young people in secondary schools across South London. He is a social commentator and an inspiration. Through his words he helps to humanise a very real situation in Britain. However, he is planning on taking a slight departure for his next novel and writing a teenage fantasy, “I really want to test my art of storytelling. I love stories like Ivanhoe, Huckleberry Finn, and The Lord of the Rings, but the only thing that was missing was a black hero. I want to add to that canon. “

Alex Wheatle is not someone to be pigeonholed. The Dirty South is out now and available at bookshops across the UK. 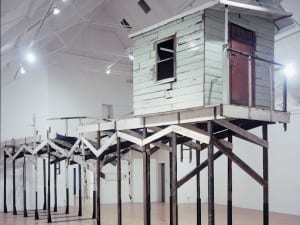 Love Is What You Want: Tracey Emin, Hayward Gallery, London.

Alex Wheatle’s work is not only an expose of violence and gun-crime, but also an account of how identity and personal history changes after immigration.