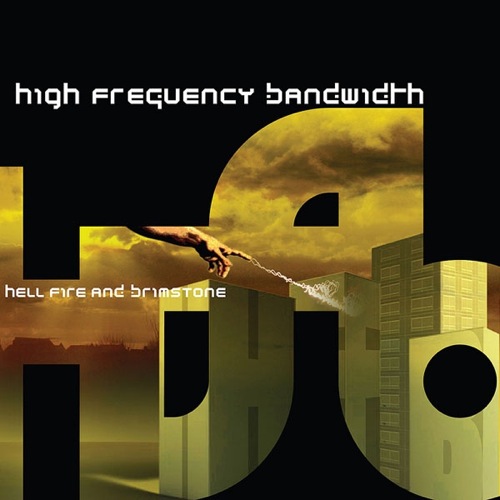 HFB is comprised of Dr. Alex Paterson of British electronic group, the Orb, creators of the ambient house genre, and Dom Beken, who has worked with David Bowie and Placebo in addition to contributing to the score of Channel 4’s Spaced. Hell, Fire and Brimstone is HFB’s debut featuring a range of impressive vocals from artists including the MOBO award-winning Funky DL and Dynamax.

The music is an upbeat blend of laid-back hip-hop, funk and electronic beats, coupled with a number of otherworldly science-fiction elements. Several of the tracks on the album are also found on the BAFTA nominated soundtrack to the popular PS3 game, Shooter, which was scored by HFB. Hell, Fire and Brimstone moves through a complex variety of mixes: beginning with a gentle orchestral introduction, HeptoFleuroButryl, is an impressive blend of familiar beats, electronics and Funky DL’s emceeing, overlaid with female vocals to create a sublime tune, whilst How Far Back? echoes of 2 Many DJs. From an artistic partnership that couldn’t fail to please, this atmospheric album is hugely enjoyable. www.highfrequencybandwidth.com.