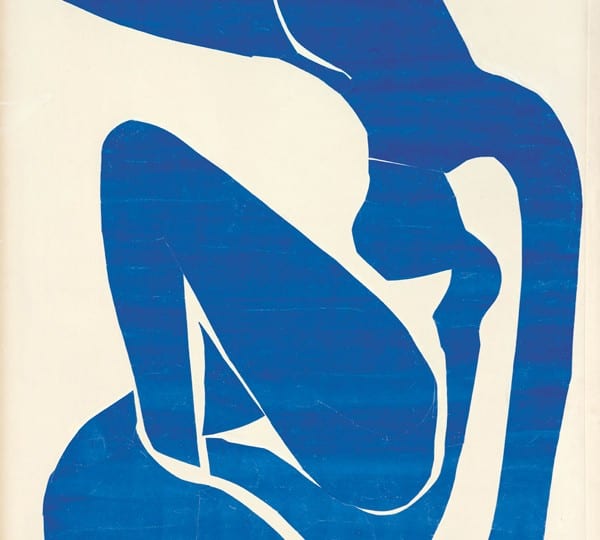 Henri Matisse: The Cut-Outs currently on display on the second floor of the Tate Modern brings together an extensive array of Matisse’s cut-outs from a long list of private and public collections. The exhibition dedicates 14 rooms to Matisse who was, in his earlier years stretching from the end of the 1900s to the brink of mid-1910s, the most courageous painter out of all the Fauvists. Matisse’s earlier paintings and sculptures transmitted passion and a buzzing sense of innovation but his cut-outs were really what transformed him into the artist most art-lovers admire today.

In 1941, upon his return to Nice from Lyon, Matisse was a frail and mostly sleepless man who had undergone several operations. Two years into the Second World War, the French painter had sensed it was going to be almost impossible for him to gather materials required to continue painting his rich still lives. Though he considered himself reborn after surviving complicated surgeries, he still had a great deal of pain to endure which unavoidably caused him to spend most of his time indoors. Yet, the idea of creating something new was not new to Matisse. In any case, that’s what he had done throughout the years. It was 1942 when Matisse told his friend Louis Aragon, “The importance of an artist is to be measured by the number of new signs he has introduced into the language of art”. The vast exhibition at Tate Modern truly brings out the numerous new signs Matisse created throughout his life both as a painter and a sculptor.

In the first room, there is a short film by Adrien Maeght which shows Matisse wielding his scissors. He lies on his bed with scissors in one hand and paper on the other; he makes his skillful use of basic tools seem like a child at play. Across the room hang both versions of Still Life with Shell (1940). The cut-paper version resonates the beginnings of Matisse’s decade-long affair with the cut-out method. A white and blue glazed jug and cup on saucer, the green apples and the Tahitian shell he brought back from his former trip to Tahiti are pinned on canvas. Matisse underlines the changing nature of life and human desire by rendering the objects in his work movable.

The second room of the exhibition is temporarily home to Matisse’s dancers. The stage curtain designs he made for the ballet Rouge et Noir are absolutely electrifying. In Two Dancers (1937-8) Matisse achieved an incredible sense of movement through the use of his cut-out method. Sparks of wicked yellow against the blue of the sea are brought to contrast with the black and white figures that evoke the feeling of stone sculptures as if they were cut and pasted on paper.

Jazz (1947), the limited-edition artist’s book of nearly 150 pages including 20 colour plates accompanied by his thoughts through his practiced and elegant handwriting and published by Tériade, stretches across on all four walls of the third room, is displayed beautifully in unison with the original cut-out models of the designs in the book. However, while viewing the cut-out models one wishes to be able to read and understand Matisse’s thoughts; and one certainly can if one is fluent in French. This grand section of the exhibition which includes renowned works such as The Fall of Icarus (1943), The Circus (1943), The Heart (1943), Pierrot’s Funeral (1943-4) and The Sword Swallower (1943) would have been much more engaging if a translation of Matisse’s words was displayed alongside the French original. There is a version of Jazz translated into English by Sophie Hawkes and published by George Braziller in 1985 but an exhibition that required such a great deal of effort to curate should have included the translation of Matisse’s writings. After all, as American art historian Jack Flam so aptly put it into words, “(it) is the closest thing to an autobiography that Matisse has left us”.

Two other masterpieces Matisse created with the cut-out technique, Oceania, The Sky (Summer 1946) and Oceania, The Sea (Summer 1946) are found in the fourth room. Matisse’s longing for the outdoors, and his fond memories of Tahiti (even though during his trip to Tahiti Matisse himself confessed to not being able to produce as much work as he thought he would have) become apparent in these two colossal works. However, viewing these two works in the sterile environment of a museum takes away much from the essence of the pieces. The same can also be said about the way The Thousand and One Nights (June 1950) and The Parakeet and The Mermaid (1952) are displayed further in the exhibition. The collection strives to evoke the feeling of being in Matisse’s studio by also displaying photographs of the works in-progress. However, when Matisse was working on his cut-outs his studio assistant Lydia Delectorskaya pinned them piece by piece on the walls of his living quarters. Skilfully cut-out pieces of gouache-painted writing paper resurrected the meaning of scissors, paint and paper. Matisse gave life to “ordinary” paper and in return, it gave life to Matisse.

Room nine, shining bright and blue with Matisse’s Blue Nudes on the walls is by far one of the most frequented rooms in the exhibition. Woman with Amphora and Pomegranates (1953) is perhaps a work that is less well-known by most but it is also one of the works that chisels itself in the viewer’s memory. Combined with the sight of the abstract curves of Venus in a Shell II (1932), this room is really a must-see.

Last but not least, the final and fourteenth room of the exhibition stuns the viewers with Christmas Eve (1952). Matisse’s maquette and the resulting stained-glass commissioned for the Time-Life building in New York is reminiscent of the windows he worked on for the Vence Chapel in that Matisse connotes a religious expression without using religious iconography. The earth, the stars and the seas shine with glorious light; an instant feeling of purification courses through mind and body.

In conclusion, Henri Matisse: The Cut-Outs is an exhibition of immense significance that aids us in mourning the 60th death anniversary of a giant of an artist who lived by the principle that his drawings and canvases were pieces of himself as he told French poet and essayist André Verdet during an interview in 1952. Two years later, Matisse closed his eyes for the final time leaving behind a blizzard of colour, form and style for the enjoyment of all.

The exhibition Henri Matisse: The Cut-Outs will be on display at the Tate Modern until September 7, 2014.

Note: There is also an accompanying exhibition catalogue published by Tate under the same title that includes insightful essays by prominent art historians and critics. I also highly recommend “Henri Matisse: A Second Life” written by Alastair Sooke and published by Penguin books to accompany the epic artistic journey that is Matisse’s final years. 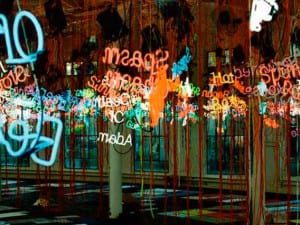 Christoph Benjamin Schulz, guest curator at Tate Liverpool, has a particular interest in and extensive knowledge of how Lewis Carroll has influenced the visual arts. 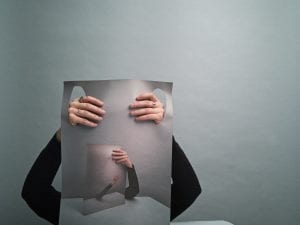 Opening for submissions on 12 June, Saatchi Gallery, London, is launching a new photography competition following on from the success of #SaatchiSelfie. 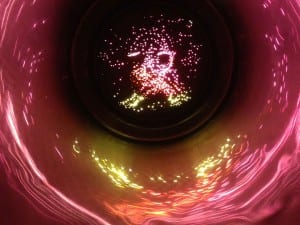 In conjunction with this Autumn’s Asian Art in London, Rossi & Rossi opens In-Between, a show displaying the artistic brilliance found in a group of Tibetan manuscript covers.