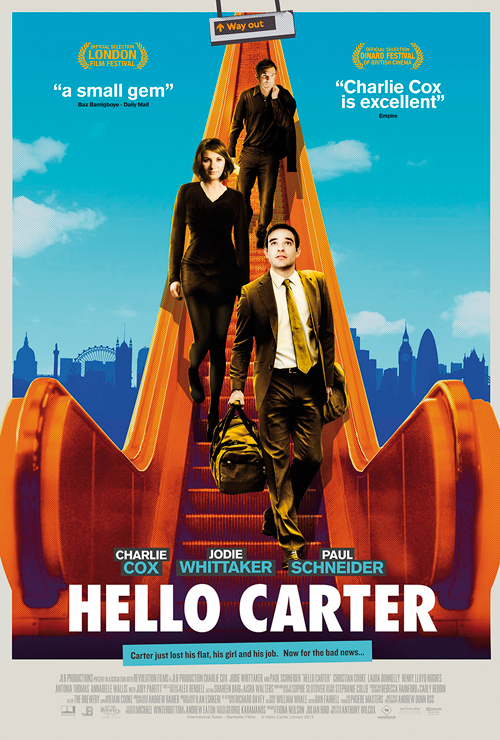 Directed by Anthony Wilcox, Brit-caper Hello Carter straddles the lines of standard rom-com fare, with a few belly laughs and a healthy amount of meet-cutes along the way. Starring the affable Charlie Cox as the Carter of the title, the story follows his accidental madcap adventure around London on his way to find employment and mostly, the new phone number of his elusive ex-girlfriend. Cue a stolen baby, mistaken identities, plenty of drunken English people and over-the-top odes to London’s sprawling cityscape.

From the dated sliding letters of the title sequence, to the poor music supervision, Hello Carter appears less polished than it should.

While most of the acting is excellent, the characters are not given the breadth to be believable. The ever-wonderful Jodie Whittaker fits snugly into the role of doting geeky female lead Jenny, just waiting to be saved by a besuited gent, a role way beneath her versatile skill set. Enjoyable and inoffensive, but ultimately not a bastion of forward-thinking British cinema either.