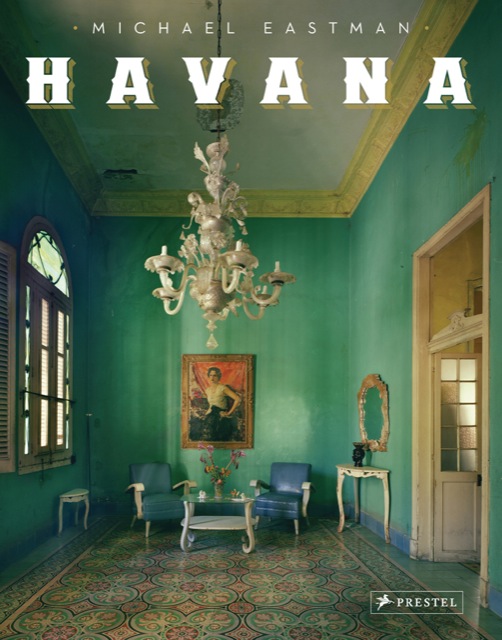 Internationally acclaimed photographer Michael Eastman’s work focuses on the faded grandeur of 1950s Havana, but what is most striking about Eastman’s images is their emptiness.

Painterly in quality, these richly coloured photographs are dramatically lit and exquisitely detailed. Eastman pays particular attention to both built environment and landscape to create a world where colour and architecture complement one another. It is in this quality that the influence of Eugene Atget’s 19th century photography of Parisian store fronts is marked. In Havana, Eastman has created a world where life only exists through suggestion: an empty chair, an abandoned washing line, a decrepit bookshelf, a rusty chandelier.

It is in this perspective that Eastman challenges the conventions of a discourse that holds on to the past as a beacon of a simpler and better time. Despite the formal characteristics of the works, the lead role in Eastman’s Havana is not played by an individual, but a forgotten culture where colonial past and present are as one.