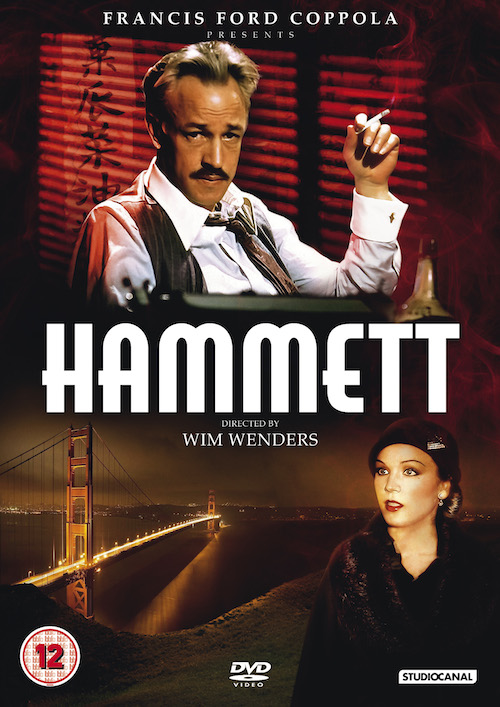 Based on Joe Gores’ novel of the same name, Wim Wenders’ film is the fictional imagining of how mystery writer Dashiell Hammett began his career. While working for Pulp, Hammett (Frederic Forest) is asked by his former boss to investigate the disappearance of a Chinese cabaret dancer. What follows is a descent into the seedy world of prostitution, people trafficking and blackmail in San Francisco’s Chinatown.

Forest is perfectly cast as the drunk, but suave Hammett and the supporting cast embodies the film noir genre without ever becoming caricatures. However, Hammett does have some structural issues. This can be put down to the fact that although Wenders is credited as director, the studio was so dissatisfied with his original cut that it was almost entirely re-shot by Francis Ford Coppola.

Unfortunately the inconsistent reworking of the original footage is evident throughout the film. Despite this Hammett is an accomplished and interesting exploration of the film noir genre and a must see for anyone interested in the novels of Dashiell Hammett.