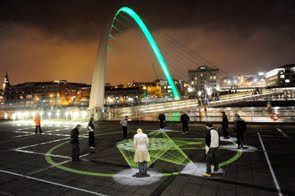 Over the past few years, there’s been a particular emphasis on digital light installations. I come to expect now, every year when the clocks go back, to see a city, bridge or cathedral illuminated. It’s by no way shape or form old hat; in fact, these light installations give us new perspectives on our cities and play with the old and the new.

The latest addition to this new tradition is Great Street Games created by digital artists KMA, which is simultaneously appearing in Gateshead, Sunderland and Middlesbrough. Actually, we featured NVA a few years ago in “Outside the Cube”, CLICK HERE to read the article.

Projected light and thermal-imaging technology are used to create jaw-dropping interactive playing arenas in which human movement triggers spectacular light effects. The physical movements of players determine the outcome of the games, which will run on ten-minute cycles. Participants develop their game-playing skills as they progress through a number of levels to help their area to victory or to simply have fun.

Audiences in each of the three locations can take part in the games, which are played on ‘courts’ created by projected light; each court comprising a central playing area and two zones representing the other two locations. Balls of light appear from the centre of each court – these projected images can be moved by players physically ‘touching’ them. The aim of the first game is for each location to gain points by moving as many balls as possible to the other locations.

Games last 90 seconds and 5 games make a series – through which the games increase in complexity as players become more familiar with the rules. The town or city with the most points at the end wins. KMA’s mission is to apply leading digital innovation to large-scale live environments in order to expand the audiences’ experience of the work beyond the physical environment in which it is presented.

Five emerging artists at Circulation(s) festival explore the role of the camera lens in constructing narratives – and fantasies – of identity and place. 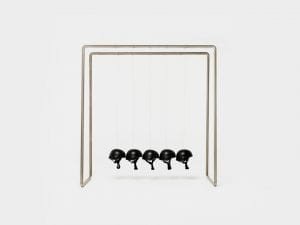 Our Art Prize is judged by industry experts. Chief Executive of York Museums Trust Reyahn King was part of the panel that selected the 2017 winner. 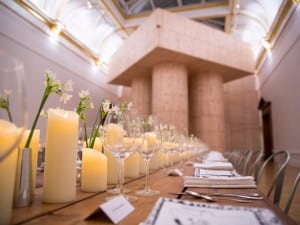 To coincide with their latest major exhibition Sensing Spaces: Architecture Reimagined, the Royal Academy of Arts will host a special architecture fair that will take place exclusively online.