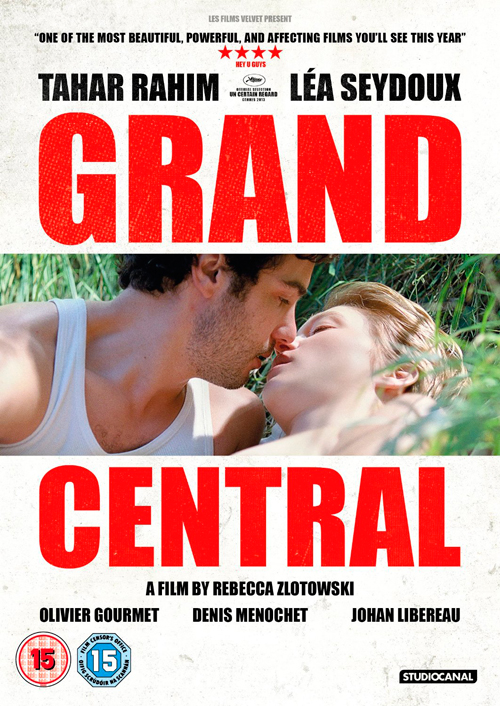 The spectre of a nuclear power plant looms large over the lives of the protagonists in this carefully constructed love triangle by Rebecca Zlotowski. And it is the lure and threat of the plant – where workers are concerned equally about the daily dose of radiation they receive as with as the wages they earn – that underlines their developing relationships.

Tahar Rahim is Gary, a drifter who signs up for a position in the plant’s decontamination team and who is taken under the wing of veteran Gilles. But, Gary is also taken by Karole, the wife of another colleague, Toni, and the couple soon embark on an affair. A sly warning about the perils of mixing work with pleasure, Grand Central is also a much deeper and thought-provoking portrait of the love and devotion between two.

Karole (Léa Seydoux, from Blue is the Warmest Colour ) is not merely out for a good time as she betrays her man. Instead, there are promises to keep, and Gary is also the means to an end. Sadly their woodland trysts can never completely blot out the stark realities that they face.