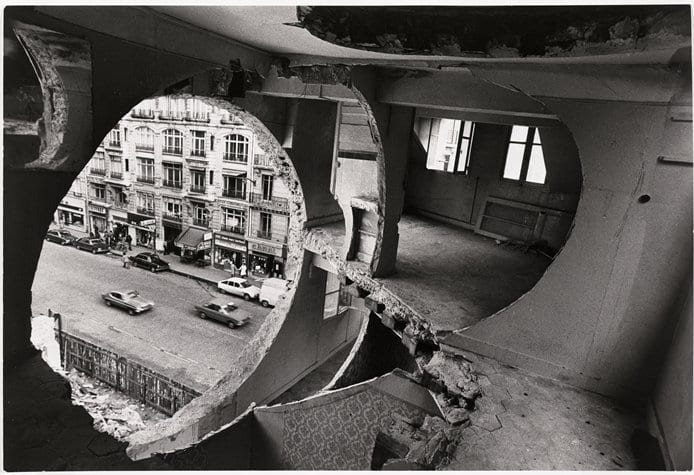 Gordon Matta-Clark is celebrated in a major show at Marian Goodman Gallery, Paris, the first in over two decades. A range of disciplines, such as his continued experimentation in photography, collages, drawings and film, provide a testament to the diverse career of a 1970s-avant-garde pioneer.

Matta-Clark’s training as an architect had a defining influence on his practice. Foundational knowledge from previous design backgrounds inspired a rethinking of space, to reflect on the perception of structure and to consider each place as an object. Building-cuts allowed a reimagining of conventional views, to question the function of the practitioner in the public sphere and ultimately to create an ephemeral piece of work without constructing or adding any elements.

Images, illustrations and investigation into film all informed by a unique conceptual vision infused with architectural notions. Meanwhile, drawing is an element of the collection that is often neglected, despite being a constant throughout his career. Notebooks recovered after his death in 1978 reveal rapidly executed sketches pursing a recurrent motif reminiscent of the Surrealist method of automatic drawings. Arrows, Energy Forms and Energy Rooms provide a unique documentation of directions, flows of energy and circulations of space.

Two of Matta-Clark’s iconic projects occupy a central place in the exhibit. Conical Insect (1975) conceived for the Paris Biennale in the same year, consisted of adjacent 17th century buildings which were to be demolished. Over the course of several weeks, a cone four meters in diameter was hollowed out, descending into the centre of the structure. Sous-sols de Paris (1977) represents a shift in the artist’s interests, focusing on foundations and subterranean spaces which he claimed captured the collective imagination. Six photographic prints form a visual narrative of different archaeological and architectural strata across the French city which provided a great deal of inspiration, as well as new York.

Graffiti Photoglyph (1973) and Walls (1972), alongside films such as Days’ End (1975) and City Silvers (1976) provide further demonstrations of the metropolitan landscape as cultural influence and ventures into other creative practices. 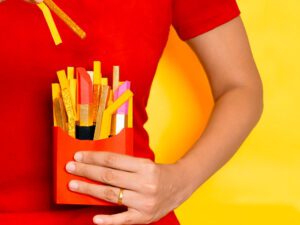 Iswarya Venkatakrishnan is a self-described colour enthusiast – constructing unexpected, playful and humorous compositions out of paper. 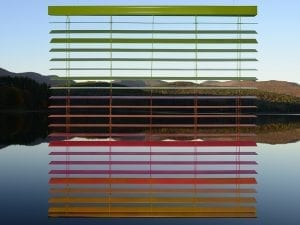 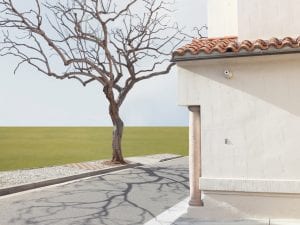