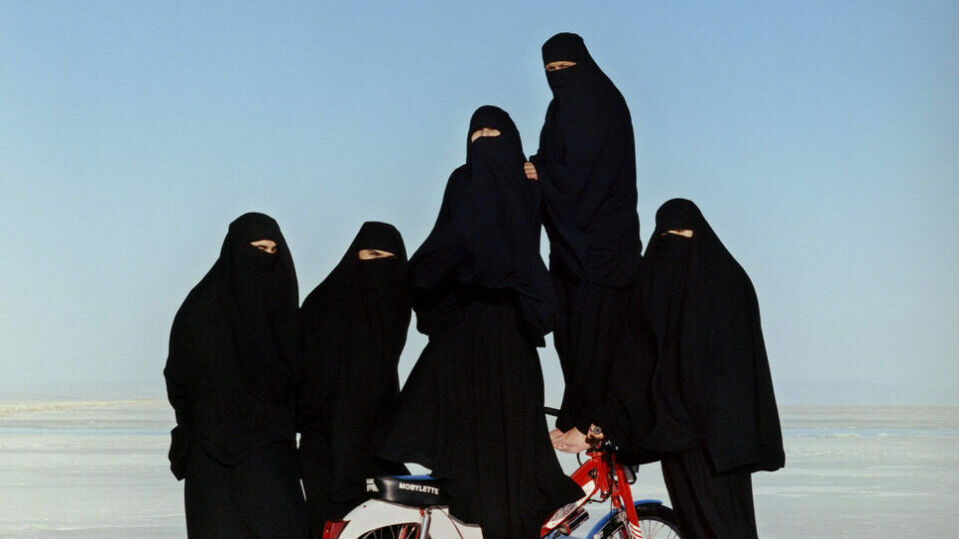 There were 280.6 million global migrants in 2020, according to Migration Policy data – approximately 4% of the world’s population. Current conversations surrounding migration are particularly poignant: the UN estimate that, as of October 2022, over 7.6 million Ukrainians have been displaced by the Russo-Ukrainian war. As net migration continues to make headlines worldwide, Olgaç Bozalp’s (b. 1987) monograph, Leaving One for Another (2022), is a timely visual documentation of migration that examines the reasons people leave their homes ­– from forced displacement to individual aspirations. Here, documentary combines with fine art in scenes where journeys take centre stage. Life jackets and floatation rings perch on the beach, rifles balance atop a motorcycle and groups in plastic ponchos clamber up a rocky mountainside.

The Turkish-born multidisciplinary artist builds on autobiographical experience of movement. Raised in Konya, Bozalp left Turkey to study fashion photography in London, travelling across the Middle East and Asia before settling in the city. “People’s desire to move from one place to another has always fascinated me, both on a political and personal level,” he says. Whilst this body of work involved Bozalp visiting nearly 50 countries to interrogate the universal concept of migration, it maintains a sense of self-examination. “I started this series to explore the reasons why and see how they measure to those of my own.”

His own movements were in the pursuit of artistic success. “I went to Cyprus in 2006 to study acting,” he tells journalist Sıla Güven in a 2021 interview. “I failed all my classes.” This failure, however, also represented the beginnings of his portrait photography – and his move to London. The principles he learnt from those classes continue to inform his practice in the use of staged scenes alongside his documentary work. They also inform the intimate relationships he crafts between the subject and camera, preferring to photograph individuals beside their homes.

The concept of “home” is continually questioned in Leaving One for Another. On the cover, the word is split by two thick blue lines. This partial erasure and separation reflects the concept of straddling different countries, cultures and identities. Conflict is central to many of Bozalp’s images, which concentrate on instances where leaving home is a necessity, not a choice. In one, a figure stares out the window, shrouded in a lace curtain. In another, a crumbling house stands amongst rubble, the last remnants of colour in its blue front door. Whilst there is bleakness in the abandoned buildings and possessions strapped to car roofs, there is also an undercurrent of hope. Images of family photographs, cherished objects and scenes of collective cooperation remind us that home can be transported, and everyone deserves to belong.

All images from Leaving One for Another, courtesy Olgaç Bozalp. 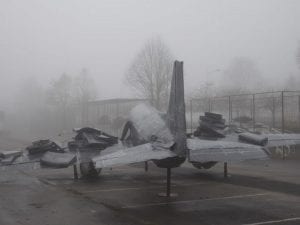 Lead airplanes dominate a 1500-square-metre space and converse with a series of paintings in Anselm Kiefer’s installation at Copenhagen Contemporary. 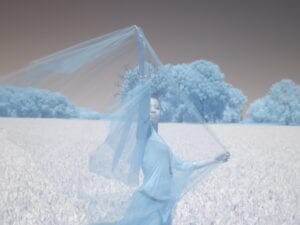 Into the Digital Realm 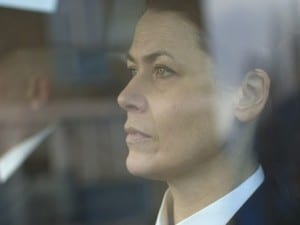 Lucy Beech: Me and Mine

Me and Mine explores empathy and the way in which entering someone else’s pain allows one to see the world through another’s eyes, to travel.