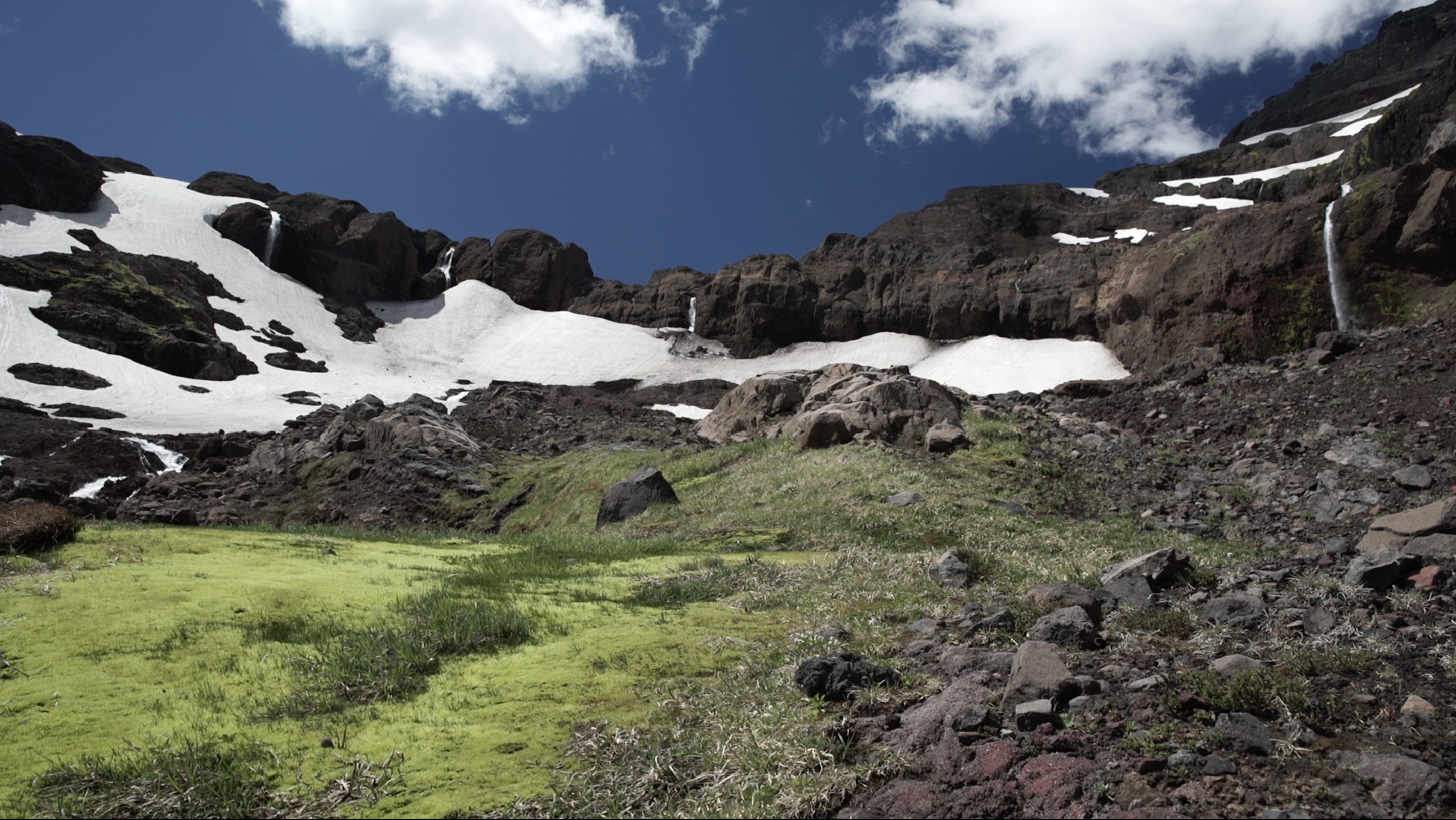 “I nearly died here,” says Gianfranco Foschino excitedly, pointing to his favourite piece in his first solo show in America, at Christopher Grimes Gallery in Santa Monica, Los Angeles. This piece, Sierra Nevada (2015), is a silent 21-minute mountainscape film in high definition colour that’s hung like a portrait on the wall. Besides the water flowing from a waterfall, this scene is almost otherworldly in its tranquillity, inhabiting a silence that somehow also carries a thrill. He points to a place near the piece’s waterfall and remembers, “I was climbing into an ice cave just there, observing the patterns on its ceiling – which were like the roof of the human mouth, so incredible – and then the whole thing collapsed.” He was luckily caught inside a hollow bubble and was able to be rescued by a friend. The awe and adrenaline of coming so close to the power of nature lives on in this work of art.

The action that Foschino gets up to in order to make such seemingly actionless work is one of the many tensions and highlights of his oeuvre. A self-professed voyeur, this artist from Santiago, Chile, travels to remote natural landscapes from Patagonia to Easter Island to the Swiss German Alps to make slow, subtle films of fog appearing down a wild path, or of motionless skies that after a very long time, are interrupted by the appearance of a cloud or a bird. He also travels to urban landscapes from Sao Paolo to Tokyo and New York City to make slow, subtle films of people; while peering through a far-away fence, for example, of a homeless girl sleeping under a bridge, or from a concealed window overlooking a piazza in the darkest hours, or of street cleaners nodding off on the night shift. He treats his subjects of landscape and portrait  with an equal reverence.

Working in the hyper-contemporary surveillance medium of digital imagery, Foschino scenes of nature are unexpectedly contemplative and pastoral, as though created long ago as a treatise on human sentiment. In the Christopher Grimes Gallery, alluding to this show’s title ECLIPSE, surveillance scenes of nature hang in the light half of the space, while adjacently, in two pieces of the PRACA DO PATRIARCA series (2014), on a 9 channel video installation, surveillance scenes of people at night from afar and closer up play on loop in the dark half. All of them depict very lengthy situations that nobody would normally stop to notice. In the presence of this work we realise that we lack the time and the interest to truly pay attention to life. Foschino approaches every moment of every day as though it is filled with a kind of magic: “I like to spend time in situations that people aren’t used to because they have to go somewhere. My job is to stay here,” Foschino continues, gesturing to the work, an ensemble of pieces that like Sierra Nevada are so subtle that the films appear to be a series of still life photographs – until you spend a long time looking, as he does.

Foschino’s patience forces us to be patient as well. This is a feeling that can be uncomfortable in our sped-up contemporaneity but that is rewarded, once we relax into it, with some kind of peaceful inner experience.  Of his own patience, Foschino seems almost unaware: “Maybe something will appear in an hour, maybe longer,” he says, describing his creative process.

In today’s world, chronic overstimulation creates an addiction to excitement. It fills quiet moments with banal noises and manic activities. While extraordinary things like brushes with death in Sierra Nevada do happen, Foschino spends the majority of his time observing: “I like to look at life from a distance,” he explains, “I don’t want the things I’m looking at to react because of my presence.” Simple watching, he seems to be saying, is actually a spiritual practice. In our era of online everything, something great is finally delivered here, not through hyperbolic high jinx, but via humility and a slow pace that  delivers a surprisingly rewarding experience. 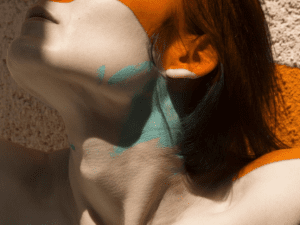 Viviane Sassen’s series, Roxane II, documents the intimate reciprocal relationship between the photographer and her muse. 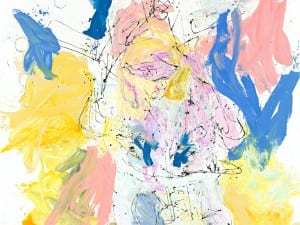