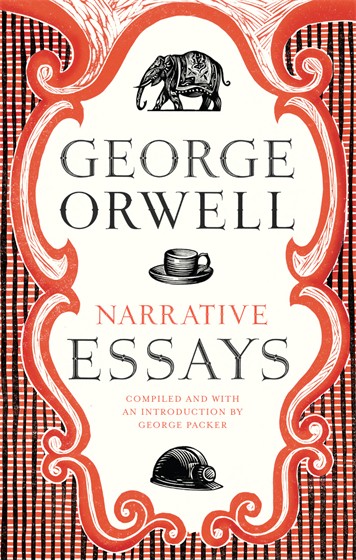 George Orwell had an im­mense range of experience in his short life. Often overlooked, his prolific essay output deserves attention and recognition. Narrative Essays, part of a set with Critical Essays, was collected by George Packer to do justice to Orwell’s extraordinary talents as a short non-fiction writer.

Packer introduces the collection as essentially on the art of writing, and no topic escapes Orwell’s astute interpretations and observations. Orwell aficionados will appreciate the collection as much as the casual reader as it compiles lesser known essays such as In Defence of English Cooking and Some Thoughts on Common Toads, alongside classics such as Shooting an Elephant, Such, Such Were the Joys and Politics and the English Language. The Spike hints at the observational narratives of Down and Out in Paris and London while A Nice Cup of Tea shows the writer’s true talents in waxing lyrical on every subject under the sun.

This is a fascinating collection from one of history’s best writers and showcases the eclecticism of his work.