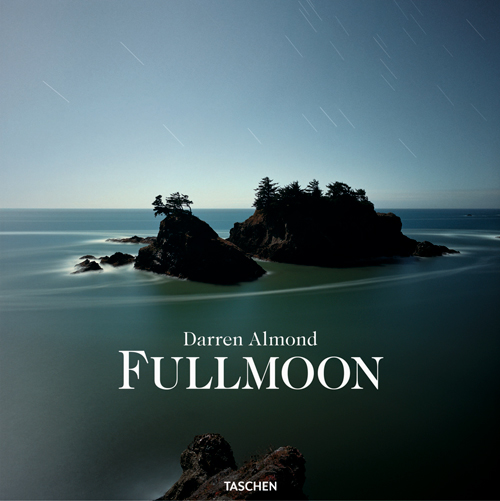 At first glance it’s difficult to tell what’s different about the landscape photography featured in this new book from British artist Darren Almond. The extra-sharp snow and all-too-smooth waterfalls have something disarming about them, some strange sense of movement and stillness at once, but the light is clear and the content reassuringly romantic. There are blissful shots of charmingly ramshackle bridges in the United Kingdom; calm, grassy-banked canals in the Netherlands; Impressionist-evoking water lilies in France, and more.

But these are nocturnal photographs, taken exclusively under the light of the full moon. Almond travelled the world waiting for the right lunar phase, using an extra long exposure to capture nature at night. His quiet observance, still by necessity, has produced hauntingly beautiful results. We see night illuminated, the images dreamlike in their subversion of normal conditions of light and dark. The conditions are fleeting and so too these sublime shots show the transience of places, captured in a moment most people would never otherwise see.