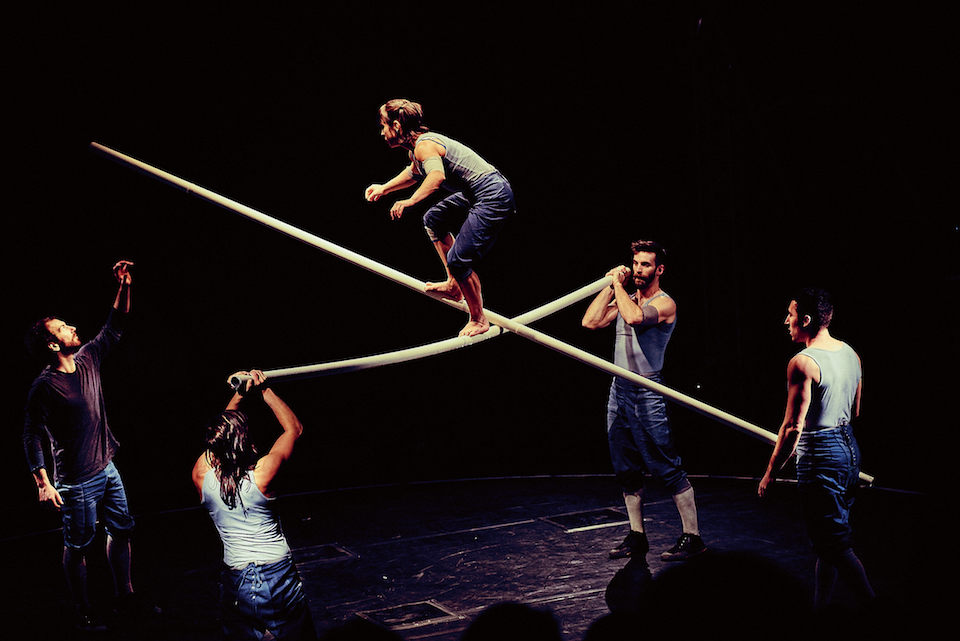 A new celebration of circus arts opens in Sydney, showcasing the very best in the medium and an evolution from traditional style into modernity.

Circus occupies an interesting space in the world of performance art: it has similarities with both dance and theatre yet it is a completely unique form of expression. Over the decades, it has transformed: starting in London in the late 1700s with Philip Astley’s theatre for equestrian feats, it has since developed into fantastical events fit for the whole family. Although people have always played a role in the circus, they were not always at its core. This only began to change with the American model that altered expectations and predetermined definitions. With the addition of the “freak show” element, animals took a back seat as people stepped into the foreground. This was only perpetuated with the rise of animal rights movements, until human skill, risk, daring and enterprise became the widely recognised definition.

Australia has always had strong affiliations with the circus concept – as a country renowned for its involvement with horsemanship, the early equestrian form found a comfortable home there – but has also led the way with its development of contemporary arts. One of the first groups in the world to create an act without animals was Circus Oz (1978). Formed in Melbourne, it concentrated on physical ability, with theatrical and rock and roll elements added for spectacle. In the spirit of revolution, the group was generally involved in radical change, not just in the way that the show was received but also in what it could stand for – the company had (and continue to have) a social justice agenda, often including protests for the rights of women or Aboriginals.

It’s this quality that persists in the Southern Hemisphere today. Birthplace of The Briefs Factory, a physical collective that transcends drag, cabaret and more (bringing boylesque to a more mainstream audience) and with a thriving alternative theatre scene, Australia is also a hotbed of innovation. In January 2017, the Sydney Festival launches its inaugural Circus City, a programme dedicated to honour the history of the art form whilst highlighting its emerging styles. Wesley Enoch, the newly appointed Festival Director, notes: “The work that is presented owes a huge debt to ‘trad’ circus in the form of collective and collaborative genres, the family atmosphere, touring structures and the continued ‘otherness’ or ‘freak’ components of the stories being told.” And, indeed, performances define human physical capability.

This investigation has developed through the rise of groups devoted to studying the position of the body in space. By creating a new physical language, conversations are made between each figure and the way it invades certain settings. Britain’s Barely Methodical Troupe, whose works include Bromance and Kin, do this with dynamic representations of relationships, whilst Australia’s Gravity and Other Myths attempt to demonstrate beauty. In A Simple Space, all other elements are taken away so as to examine the limits of our bodies in a visually appealing act. At the festival, Circa present Humans, a specially commissioned world premiere.

As the title suggests, the show is a no-holds-barred celebration of our existence. Circa’s initial creative impulse was to discuss the spaces between bodies as they collide and separate, employing a compelling mixture of dance, circus, movement and theatre. Directed by Yaron Lifschitz, a multi- talented ensemble combine the “stripped-back sensibility and aesthetic of contemporary movement with phenomenal acrobatic prowess.” Although similarities between these forms are evident, it is with sheer daring and unpalatable risk that we nd a new and unique production being born.

In the same way that dance explores the relationship between bodies and various locations, so too can circus have a similar objective – conveying emotion through movement. Enoch observes: “Modern Australia offers a response to traditional practices. The decreasing use of animals and the “sideshow freaks” allowed contemporary visions to focus on the skills of the human figure against all odds.” This capacity is often showcased in parallel with equipment that furthers the reach of the performer, but Enoch emphasises that: “The central idea is how they expose the body to risk, danger and beauty.” Apparatus then enables people to put themselves in greater danger and thus instil a further sense of fascination.

To some degree the use of equipment elevates the search for what we mean to be “human”, if only in the sense that it exposes performers to different situations, sometimes literally elevating them high above the crowd. Enoch is keen to see how objects can play a part in questioning what it means to exist within today’s world: “I am interested in seeing how this analogue genre can engage in new technologies in unprecedented ways, testing the limits of what is possible.”

One company that is questioning the role of equipment in relation to the body is the British company, Ockham’s Razor. The Mill (2010) included a large wheel suspended from a rig that was powered by a system of ropes, pulleys and drums and operated by practitioners using their strength and weight to gather momentum. The notion of trust between the people on stage is brought into focus through the materials which are placed between them, at the same time exploring how our limbs can become intertwined with machinery.

For the Sydney Festival Ockham’s Razor introduce their fantastic new work Tipping Point. Set in the round, five performers transform five-metre-long metal poles into a complex system of walkways, pillars and pendulums. This new show highlights the way that people support one another, gaining or losing control in a chaotic world. Although Ockham’s Razor and Circa present two very different acts, inter-connective dialogues are fundamental to them both. In the former, the way in which dancers interact with each other is pivotal as a way of manipulating the equipment – their pieces are rarely about one person’s conversation with apparatus but are more concerned with the group dynamic and the benefits and diffculties of teamwork, of society.

Enoch asserts: “What Tipping Point and Humans share is a central sense of beauty and aesthetic development.” He explains that what he likes most about each and every group is: “how narratives are formed differently. They are not necessarily literal stories but figurative journeys of emotion and blood rush.” In all the productions at Circus City, this collective sense of understanding is present. Audiences are invited into an arena of aspiration. Reflecting on the diversity of the show, the festival renders heart-stopping moments and dialogues between organic forms that bring to light the sheer fascination with being alive. Some acts are intimate and stripped back, whilst others take a more conceptual approach and use collaborations with other forms to look at relationships in new and often extended ways. All of the shows, however, explore the physical brilliance of the body and the seeming limitlessness of its possibilities. 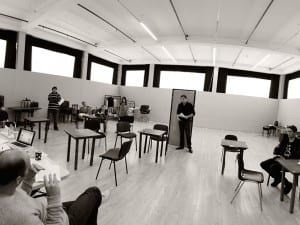 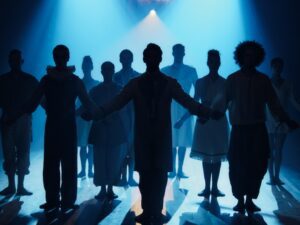 How far are we willing to go for entertainment? What does it mean to be human – and to hope? A new show at Sadler’s Wells asks these questions.