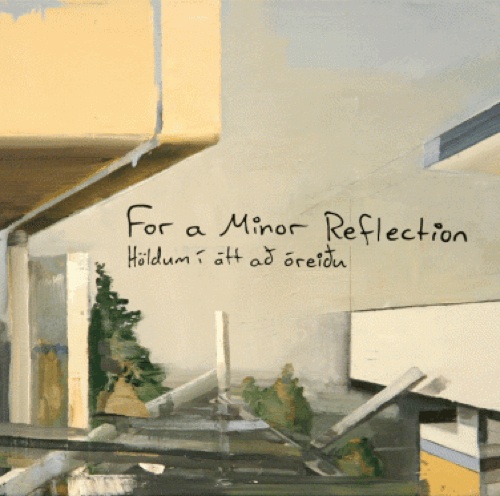 For a Minor Reflection

To make up for the volcanic ash situation earlier this year, Iceland has given us For a Minor Reflection (FAMR). It’s a gift well received. Comprised of four young boys from Reykjavik, FAMR is a band with fantastic potential and bucket-loads of ambition. In 2007 the band released their self-produced debut album, Rise, the sun’s up…, recorded in a friend’s studio. This album sees them move up a gear, with more songs and a recording space in the Sigur Rós studio.

Höldum í átt að óreiðu is soaked in wonder and simmering with energy. Uplifting and beautiful, the album’s a glorious post-rock celebration and the songs range from the blissful simplicity of Tómarúm with nostalgic piano and strings to the more intense Átta.

In other tracks, delicate percussion collides with gently crashing drums to reach rock climaxes, spanning from two to 15 minutes of expressive instrumental. FAMR’s live shows have won them a huge fanbase and they’ve toured with Sigur Rós. Wherever they’re heading, it doesn’t look like chaos. Visit, www.foraminorreflection.com.