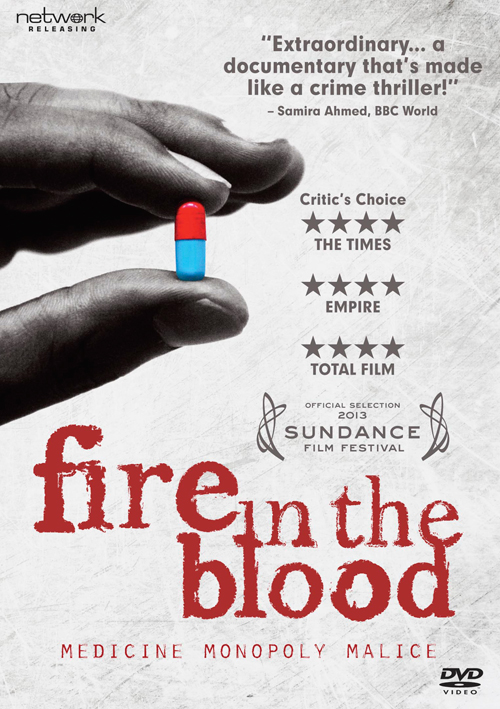 Fire in the Blood

Fire in the Blood is the award-winning 2013 documentary that tells the story of how Western pharmaceutical companies and governments blocked access to low cost anti-retroviral AIDS drugs in Africa, Asia and the global South, causing millions of unnecessary deaths. Narrated by William Hurt, it focuses on the coalition of influential people, including Bill Clinton, who came together to fight back.

The film talks to people affected by the AIDS virus and those engaged in helping them. At times it is uncomfortable viewing, but it is a factual account and Gray exercises a degree of restraint in both information and interviews, driven by justice rather than anger. The inspirational commentary reminds the viewer of the millions of people killed, not by a gun, but by lack of access to medication. To hear the words “the only reason we are dying is because we are poor” makes compelling and haunting viewing.

Fire in the Blood reminds audiences that the fight is not over. The greatest tragedy of all is that humanity loses out to desires for greater profit.