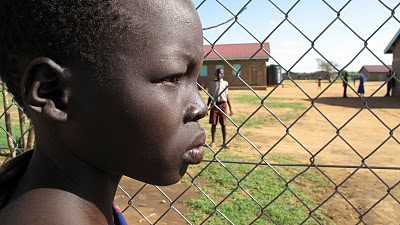 To celebrate the launch of the Aesthetica Shorts 2011 DVD, there is a feature on the nature of short films and a discussion of the current film industry in the Dec/Jan issue of Aesthetica.

In conjunction with the feature in Aesthetica, over the next few weeks, we will be running the full interviews with the filmmakers in the blog. To watch these films, order the Dec/Jan issue, and receive a FREE DVD of 13 emerging filmmakers from 7 countries.

Unearthing the Pen directed by Carol Salter – Winning Film
Beautifully photographed, Unearthing the Pen is an intimate portrait of a young Ugandan boy’s desperate desire for an education in the face of seemingly insurmountable odds. Forty years ago, tribal elders buried a pen, placing a curse on the written word.

How did you begin filmmaking?
I studied painting as part of a Fine Art degree, but by my second year, I started spending more and more time in the college basement playing with the Super 8 cameras. I was attracted to film as a medium, because of the range of ways I could use it in order to tell a story – from the spoken word, music, sound, and of course, moving images – no matter how abstract they might be.

Who and what are your influences?
Listen to Britain by Humphrey Jennings was the first film that made realise how powerful editing can be. It’s a documentary, but it’s like a poem; its deployment of sound and image montage is inspiring. Another film that used the same approach, but was more playful was Unsere Afrikareise by Peter Kubelka. Films that are more fiction that have influenced me include: Timeout by Laurent Cantet, which is about a character who is isolated from the world in which he lives. Equally, Lucy and Wendy by Kelly Reichard is about somebody who feels alone and powerless. While 4 Months, 3 Weeks and 2 Days by Cristian Mungiu is another film where the main protagonist battles alone. Strong, isolated characters feature a lot in my work; it’s a theme I return to all the time.

What do you try to achieve through your filmmaking?
I want to get an insight into the character’s universe, their inner world – hopefully in quite an intimate way. I try to hint and suggest rather than be too literal.

Can you tell me about the balance between cinematography and narrative? Which takes precedence?
For me I get a strong feeling about the subject, but I’m not always able to articulate their story through words. I always imagine a narrative in pictures, and I’m particularly drawn to documentary, because there is such richness in the visuals, subtleties and nuances from real life. I would like to think that my stories are told in carefully composed images and sequences.

Talk me through the process of making a film – working practice, shooting, collaborations, funding?
I work as a one-woman crew; I do the research, shooting, sound recording and editing myself. I don’t work in isolation though, I work with people within a community or a tribe who advise and translate. It is crucial for me to build up a very close rapport with my subject. I don’t know if that would be possible with a larger crew. After intense periods of research, I then have a feel for the material I need to capture, but I like to be open to the unexpected, which could make the story richer. Then it’s back home to edit. I like to show rough cuts to friends and colleagues for comments. Unearthing the Pen was self-funded, although I had support developing the idea from the Scottish Documentary Institute as part of the Bridging the Gap Scheme.

What was the most challenging aspect of making your film?
It was tough filming with small budget in a very remote area of Uganda. I travelled there alone and worked with a local translator from the tribe. I didn’t know the culture or speak the language, so I really had to rely on local contacts for guidance in making sure I worked sensitively and respectfully to Locheng, (the boy in film), his situation and to local customs and traditions. My story explores the village elders’ fears that prevented their children from learning to read and having an education. I had to respect their beliefs within their cultural context. I also had a moral obligation not to raise this boy’s expectations in ways that I could not meet, which was really important to me. By pointing the camera at him, I put him in the spotlight and it’s quite a responsibility. My local contacts guided me in this respect.

How would you define cinema culture today? How easy is it to make a film versus the process involved with screening and distribution?
By having my own equipment and resources, I can make films without too many obstacles, however to distribute them and screen them, is extremely hard work; it’s a full time job.

How do you feel short films fit into today’s cinema culture?
Beyond festivals, outlets are unfortunately very limited. It would be great if they regularly accompany feature films.

How do you make yourself stand out from other filmmakers? What’s your plan for marketing your films?
I’ve worked very hard distributing my films to a lot of national and international festivals. That in turn can lead to other opportunities to show my film. I create a website for each film, but so does everyone else! It’s not easy, but I like to think that my work speaks for itself.

What are your future plans?
I am currently working on a feature project, it’s a drama, but I’m using a similar approach that I use to make documentaries. It’s a poetic thriller about a woman’s relationship with her neighbours, playing with the themes of voyeurism and mis-perceptions.

To watch Carol’s film and read a feature about Unearthing the Pen in the Dec/Jan issue of Aesthetica CLICK HERE. 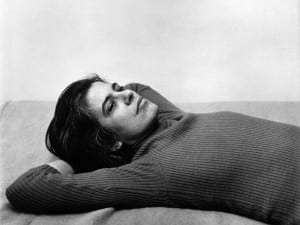 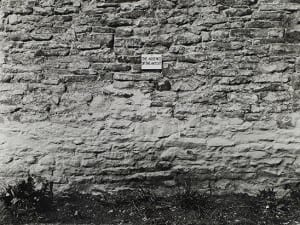 Keith Arnatt has occupied a key position in the history of British conceptual art for almost 50 years.