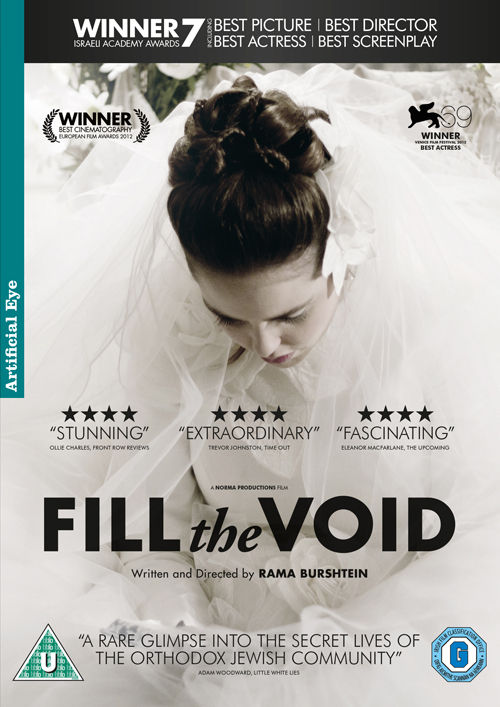 Less a consideration of the inflexibility of faith than a portrait of desperate women, Fill the Void is a brave film that fails to go far enough. Set amidst the insular world of Israel’s Hasidic community it centres on Shira (Hadas Yaron), an 18-year-old girl about to be thrust onto the treadmill of arranged marriage. Events take a tragic turn when her elder sister dies unexpectedly. Suddenly Shira is being pressured to marry Yochay (Yiftach Klein), her newly widowed brother-in-law.

The prime mover in this affair is her mother. While mourning her daughter she nonetheless wants to keep her beloved son-in-law close. To do so she will give up her younger child regardless of the girl’s own views, feelings and opinions.

Israel’s official entry as Best Foreign Language Film in the 2013 Academy Awards is a study in frustration, manipulation, unspoken fears and religious dogma. Characters drift in and out, such as the sad aunt whose disability made her undesirable and the 30-something spinster considered an old maid. Love is never mentioned.