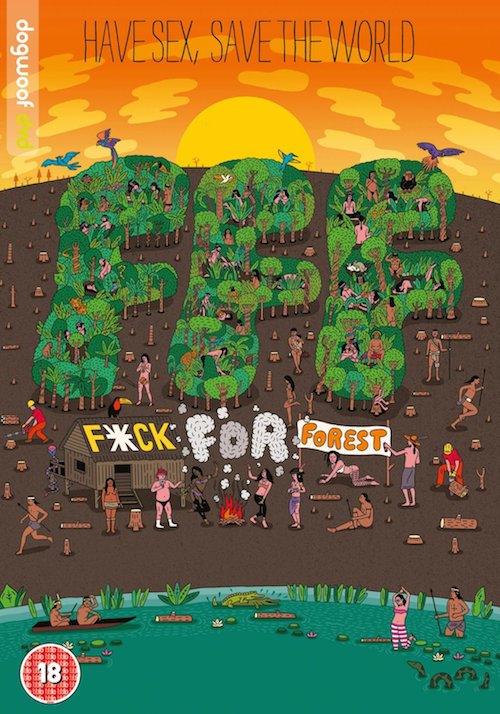 Director Michal Marczak brings free love to the fore in his new documentary F*ck For Forest, which follows a Berlin-based charity that believes that sex can change the world. Specifically, they look to save the world’s depleting forests by selling their own in-house produced pornography to raise funds for their well-meaning cause.

Marczak provides sparse narration throughout, which at times means the plot is obscured and difficult to follow. However, the director lets the eccentric characters tell their own, unique story. Without formal interviews, the cast of alienated, otherwise forlorn souls meander their way through apparent sexual freedom and discordant songs.

The film’s unobtrusive style observes the subtle, lost look behind the characters’ eyes, and that, despite feeling like nudity and liberal sex were the answers, they are healing neither themselves nor the planet. The message of the film is pure, and at points naïve, but Marczak does an excellent job of hinting at the lack of mental stability of the individuals, and creates a very uncomfortable portrayal of a potentially misguided group of young people.