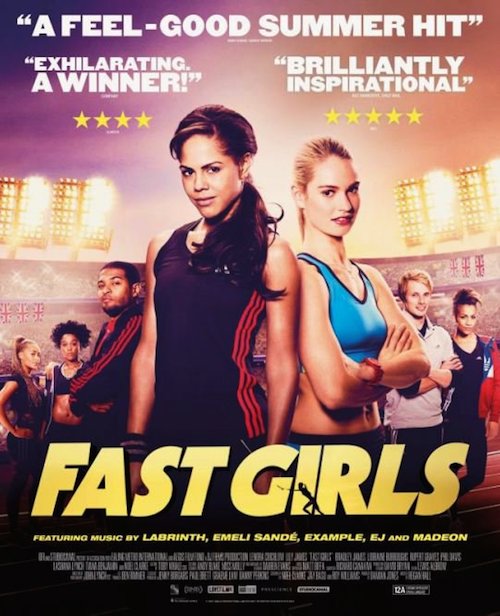 Blue-collar black kid meets snooty white rich girl and they play out their rivalries on the running track.

And that’s it. Noel Clarke’s script does what it says on the tin. Taking its inspiration from The Big Book of Movie Clichés, Fast Girls boasts an unapologetic 1980s vibe backed up with a 21st century urban soundtrack.

Think Flashdance. Think An Officer and a Gentleman. Think a tale of all-American grit triumphing over class distinction, Establishment snobbery, penury and abandonment, transplanted to London with Lenora Crichlow as the kid from the wrong side of the tracks who goes for gold.

There is not one single aspect of Clarke’s screenplay that chimes as original. It is highly derivative and even risible. Yet it is compelling and (just about) plausible in a way that makes the teeth itch.

From the girlie locker room banter through to the wary black/white romance between heroine and back-room hero, Fast Girls is an obvious metaphor for anyone sprinting their way to a better life.

It works when it shouldn’t and may benefit from post-Olympics patriotism. Cynics need not apply.