Restriction and Release: Fashion and Freedom 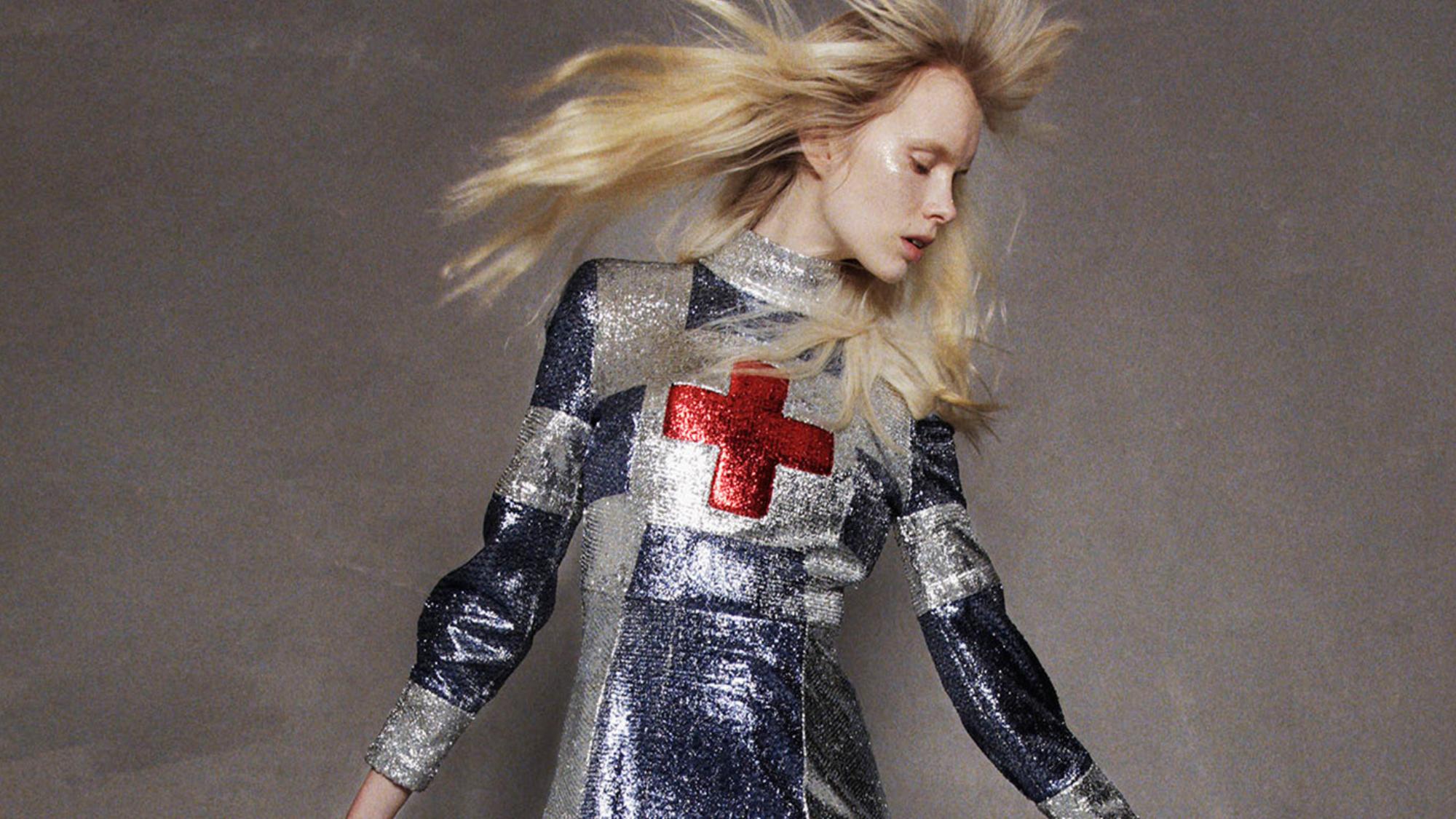 Fashion and Freedom at the Manchester Art Gallery sees established designers Vivienne Westwood, J JS Lee, Sadie Williams and Roksanda present works alongside the next generation of design talent from five UK universities in response to the social and sartorial changes women went through in World War One.

A wide variety of events, exhibitions and projects commemorating the centenary of WWI began to take place in 2014 and will continue until 2018 under 14-18NOW, a programme of arts experiences connecting people with the First World War. These creative commissions encompass visual art, fashion, film and other creative mediums through which the heritage of WWI is explored with particular focus on how its effects are felt today. There are usually certain symbols and annual practices we already associate with Remembrance – so much so that it can often be difficult for new, younger audiences to engage with if they do not have a sense of personal or family connection to WWI heritage. In the multicultural Britain of today, some patriotic rhetoric and military undertones of Remembrance Day can even have uncomfortable associations. Yet the fresh perspective of Fashion & Freedom reminds us how under-explored the First World War’s legacy still is – and without revisiting it through a lens as impacting as gender, by extension, half of this historical milestone’s human story remains untold.

Exclusive designs from known designers are presented alongside historical wartime selections drawn from Manchester Art Gallery’s costume collection. The pieces are eclectic but each project an aspect of the brief that clearly captured the designers’ imagination and individual responses to the significant changes 1914 brought to women in British society. Among these, overcoats of an androgynous cut, flowing post-corset silhouettes with no emphasis on the bust or waist, and tunics layered over work-ready trousers highlight the new importance of functionality and freedom of movement for female dress – and often, in extension, women themselves – in 1914. Stories specific to the lives of factory-worker women have also inspired designers Vivienne Westwood and Roksanda: the latter’s design features a canary-yellow dress in a nod to the women whose skin would often be dyed yellow as a result of handling chemicals in munitions factories. Westwood presents a khaki-green sequinned jumpsuit, iridescent like an oil-slick, with political badges on its label and an neo-grunge aesthetic.

A series of specially commissioned original short films complement the garments on display, including films by directors from Nick Knight’s award-winning SHOWstudio, who pioneered fashion film online. These bring a grunge-luxe aesthetic to the clothing and the theme, suggesting particular thought has been given to how it can be presented in an edgy and contemporary way. The films themselves – particularly the fantastic editing, choreography and effortless cool of SHOWStudio’s fashion film – show fresh thinking on the repetitive and familiar sartorial symbols that have come to feature heavily in interpretations of war history. Yet when these are followed immediately in one block by Luke Snelli’s sweet but forgettable short film about a girl’s first day at work as a bus conductor in 1914, it does to some extent feel like disparate and completely different  work being put together by a well-meaning but at times forced curatorial hand in the desire to hit mixed points simultaneously.

The reality of the war for women and the changes it brought are, however, illustrated in thought-provoking ways; they are perhaps best highlighted by the work of the fashion students on display. As men left home to fight on the front line, over a million women went to work for the first time, taking on jobs as bus conductors, ambulance drivers and factory hands among others This new responsibility gave women new freedoms; it required they be more physically active; and led to a new look. This time of transitioning from numerous kinds of restriction to release is the overarching theme of photo stories and fashion design from the students of London College of Fashion, Leeds College of Art, University of Salford, University of Westminster and Manchester School of Art. A head piece that could well be haute joaillerie is particularly striking, representing restriction in terms of voicelessness through a golden padlock neck choker, while a heavily-layered dress of canvas-and-leather, in interpretation of a First World War soldier’s kit, drowns the model – hinting at the double-edged nature of women’s release as many had to give up their place to unemployed veterans upon the men’s return.

Each aspect of the exhibition – the gallery costume collection, designer pieces, student works and films – offer an interpretation of which at least one will interest everyone. Whether the components are in as fluid a dialogue as the organisers believe is debatable; perhaps “something for everyone” seems better in the imagining than the execution.

Fashion & Freedom runs 13 May – 27 November 2016 at the Manchester Art Gallery. It is also commissioned by 14-18 NOW: WW1 Centenary Art Commissions. 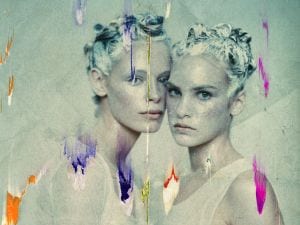 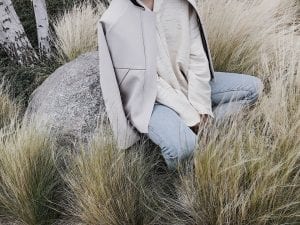 The ever-changing face of fashion is exemplified through a unique label that combines digital origins and clean styling with an ethical commitment. 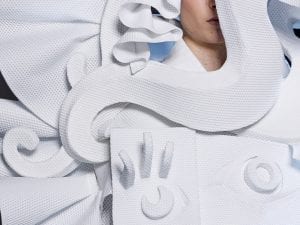