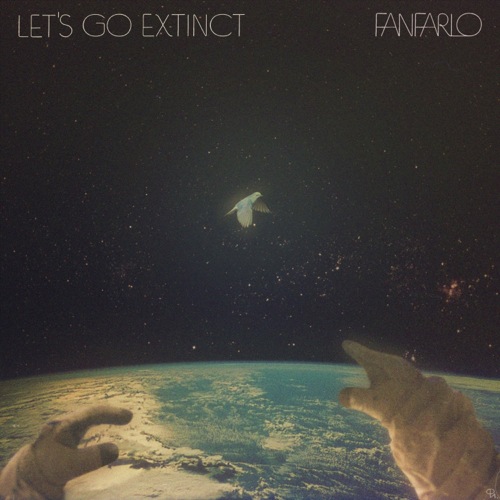 Fanfarlo’s third album, Let’s Go Extinct, is a joy to listen to. Infusing pop anthems with lyrical concerns about the future and human evolution, the new record features 1950s electronica, prog rock, rockabilly, soul and orchestral influences. By combining so many different genres, the band produces a collection of unique songs, returning once more to the warmth, passion and liveliness of their debut, Reservoir.

Opening with Life in the Sky, the album begins on a strong footing, accelerating through brass interjections, electronic beats and incessant guitars. The contrasting male and female tones build a landscape in which every word echoes. Having recorded partly in an isolated house in North Wales, the band was clearly influenced by the open surrounding environments.

The title track sits neatly at the end of proceedings where gentle guitar strumming is combined with multiple voices, violins and computerised sounds to great effect. A captivating listen throughout, Let’s Go Extinct  is a beautiful collection of sounds and theories. www.fanfarlo.com.