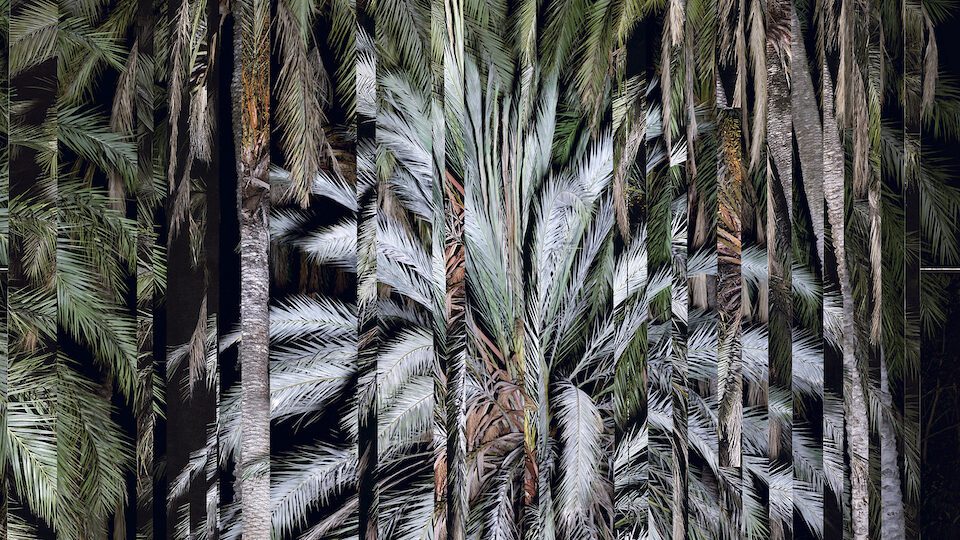 Palaeoclimatology is the study of ancient climates – those which existed before direct measurements of temperature, distance and time. Through this field, researchers look at tree rings, sediment, corals and ice cores, uncovering data which spans the Earth’s geologic ages. Certain substances can be sampled and analysed to reconstruct dramatic ecological changes and infer patterns from these. The goal: to better understand past, present and potential future environments.

Michael E. Mann, from the Department of Meteorology and Atmospheric Science, Pennsylvania State University, notes: “There is a cautionary tale told by the hockey stick curve in the unprecedented warming that we are causing, but the les- sons from the paleoclimate record of the Common Era go far beyond that. What might we infer, for example, about the role of dynamical mechanisms relevant to climate change impacts today from their past responses to natural drivers? Examples are the El Niño phenomenon, the Asian summer monsoon, and the North Atlantic Ocean ‘conveyor belt’ circulation. Are there potential ‘tipping point’ elements within these climate subsystems? How has the sea level changed in past centuries, and what does it tell us about future coastal risk? Are there natural long-term oscillations, evident in the paleoclimate record, that might compete with human-caused climate change today?” (Beyond the Hockey Stick: Climate Lessons from the Common Era, Proceedings of the National Academy of Sciences of the United States of America, 2021).

Noémie Goudal (b. 1984) is a French artist who lives and works in Paris. Goudal’s practice is an investigation into photographs and films as “dialectic” images, in which the viewer comes into close proximity with both truth and fiction – the real and imagined. Goudal questions the potential of the image, both as a singular piece, and its various layers and possibilities of extension, through wider sequences, moving image or installation. She has been widely lauded for her investigations into the proposed Anthropocene, having been longlisted for the Aesthetica Art Prize in 2015 and added to the collections of Centre Pompidou, Paris; Foam Amsterdam; and Fotomuseum Winterthur. Her latest exhibition, Post Atlantica, on display at Le Grand Café, Saint-Nazaire, considers the larger narrative of Earth’s 4.543-billion-year lifespan.

A: What’s the origin of the exhibition’s title?
NG: Atlantica was an ancient continent, which existed before it split around two billion years ago. This fracture left fragments of land that are now located on either side of the south Atlantic Ocean. I wanted to include the notion of geography and time in the title. I’ve been doing a lot of research into paleoclimatology in order to understand what might happen in the future. Scientists look at drops of water captured in rocks, pollen preserved in ice or at the bottom of lakes, palm tree fossils – all kinds of climate proxies – in relation to other types of discoveries, for example the level of carbon in a given geological era. This tells them what the climate and landscape was like 50, or even 300 million years ago. The Earth has been through some drastic changes – at one point it was covered in slime, another in ice, at another it was so full of methane and carbon dioxide that it was completely dark for hundreds of years. These past climates have left traces.

A: The prefix “post” in Atlantica indicates an immediate succession of space or time, or one concept following on from another, a kind of “before” and “after.” Photography, in itself, is a medium that’s less than 200 years old, but here we are, documenting deep geological time. How can these various timescales speak to each other?
NG: For me, the photograph is very much about choosing a “cone of perspective” – in which many layers can be de- constructed, dislocated and reconstructed beyond the initial exposure. I am offering a parallel between the ways images are built, and the way scientists are looking at time through the geology. In my work, in general, I have always been look- ing at how, or if, it is possible to “tell time” through visuals.

A: You are an artist by training, what was it like immersing yourself in the language and semantics of science? Did it feel like you were entering a whole other world?
NG: It was very difficult. My brain isn’t calibrated to under- stand that way of thinking. I started by reading more accessible articles and then I got deeper into the subject, asking questions to scientists. However, from the beginning, my work has always been about this question of time. I first became interested in the history of science, how in Antiquity, or in the Middle Ages, they understood the landscape differently because the social and religious contexts were so different from what they are now. For example, Dante Alighieri saw the world as divided into strata or layers with Hell in the Earth’s core going up to Heaven. Another 13th century thinker, Restoro d’Arezzo, thought that mountains were attracted to the stars and are pulled upwards, similar to the way that tides are formed through gravitational forces of the moon.

A: Post Atlantica is, ultimately, about the climate, albeit very much looking at the bigger picture and not the in- dividual mechanisms of ecological damage. How do you relate to the emergency as a topic? It provides such an existential threat, it almost feels like it frames the narrative in all artistic work, whether directly referenced or not.
NG: I’m interested in landscapes in the same way that land artists were in the 1970s, such as Ana Mendieta, Nancy Holt and Robert Smithson. Looking at geography through art says something universal about human behaviour. My work isn’t about climate change or the Anthropocene, it’s an exercise in trying to understand the world in its different states. The landscape is a platform, and I raise philosophical questions about our relationship with it: now, through the past, and further back to nature’s past, with all that came before us, or any version of us. We don’t often capture how old the Earth is, and to me, the juxtaposition between “deep time” and “human time” is fascinating – the latter of which can be counted in a matter of minutes and hours. It’s dizzying to think about how fast our time is running compared to the momentous scale of the planet and its systems, which span millions of years. The Earth is always in movement, the tectonic plates slowly moving and dislocating, the continents spreading apart and coming together in a constant state of flux. All of this is happening so gradually that it’s almost imperceptible to us, but in the context of the solar system, our lifespan has been the blink of an eye. I’m not trying to talk about the climate crisis directly, I’m just aware that – because we are so concerned about it – it’s the first thing that comes to viewers’ minds when they look at the land in any capacity. It’s almost like now there are no other possible readings.

A: It’s interesting that, at climate protests, there are numerous placards that read “Save the Planet” or “There Is No Planet B”, but, as you mention, won’t the planet just continue to exist without us, as it did before us?
NG: Completely. There is a fundamental problem in our communications surrounding the crisis, and this stems from our worldview. There is no planet B – for us, and for all the species that we are destroying. The whole ecosystem we have now might completely disappear. However, other species will come back after we’ve left. If you look at the history of how the first plants and animals evolved, it’s amazing. Everything we have has come from very little. Even if the planet is uninhabitable for humans, there will be some kind of revival.

A: Despite the lack of visible humans in all the composi- tions on display at the Saint-Nazaire show, your practice includes a kind of physical intervention in the landscape, sometimes placing mirrors or prints in-situ to produce optical illusions. How did you create these?
NG: The role of intervention is extremely important, and I wish to introduce this more and more in my work moving forward. I seek to reveal and further demonstrate the fabrication, effort and mechanical gestures that have been made in order to the create the image in question. All man-made visuals are born from movement, and these come alongside our understanding of fragility, spontaneity, ephemerality and the “unexpected” that a shoot in nature – particularly with natural daylight – has to offer. For the set of images titled Phoenix (2021), it was almost like a performance. I shot the pictures in a palm tree grove at night. We had a truck with a big printer inside, so once I took the images, I printed and cut them into strips. I had a 200 cm x 300cm frame that was exactly the same ratio as the picture, which I placed in front of the camera and then clipped the printed strips to the frame before rephotographing the landscape once more. Closer to the camera, there’s this layer of paper, and then at the back you’ve got the real landscape. To shoot my film, Below the Deep South, I used lots of different paper backdrops in front of each other. The first was really large, right in front of the lens, and then they got smaller up until the last one, some 15 metres away from the camera. I set them alight, so they burn one after the other – it looks like it’s a never-ending landscape engulfed in flames.

A: Your works have been described as mise en abyme, inviting viewers to participate in a kind of game revolving around perception, observation and vision. The manufactured nature of your practice, made apparent by showing clips or rope in the frames, comments on the limits of photographic vision. However, does it also say something about the limits of our ability to see beyond our own perspective as a species, and to our true place?
NG: Yes. The scale of the planet, its ecosystems, and the damage being placed on them is too big for us to grasp, which is understandable because we are comparatively small. I think it’s about putting yourself in a more humble position. And I’m talking now as a person, not just as an artist. We have to change our behaviour: to completely redefine our way of existing on the planet, of interacting with each other and with other living things. We thought we were strong; the pandemic has shown our fragility. However, it’s also beautiful to reconsider our own animality, and not to feel so disconnected. 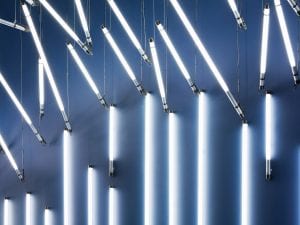 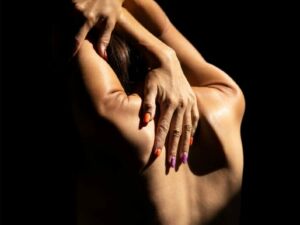 A Moment of Contemplation

Gal Shahar is an Israeli photographer who looks at image-making as a form of literature – considering the stories which play out in our daily routines.