Alex Dordoy’s work exists at the threshold of completeness and often retains the potential for change, or even destruction. Using materials including glass and plaster, on occasion the glass is broken or the plaster precariously vulnerable. Dordoy’s current exhibition at The Modern Institute, Glasgow, includes a series of paintings on canvas and wall mounted plaster objects. The new paintings are based on the image of a figure in the landscape, with the form digitally re-worked and then meticulously reproduced in paint by Dordoy to create what he describes as highly worked photorealist, psychedelic mindsapces. The plaster objects will include objects based on the figure’s head, and also several Folded, Unfolded, Sunk and Scanned works which take their shape from an unfolded paper aeroplane. Here Dordoy talks to us about his work and his plans for the future.

BR: This will be your third exhibition with The Modern Institute. How did you first get involved with the gallery?
AD: We started a dialogue at my Glasgow School of Art degree show in 2007. This led to the solo show Winner in 2009, in The Modern Institute’s old space on Robertson Street in Glasgow.

BR: This show includes a series of paintings on canvas and wall mounted plaster objects. When did you first begin working in this medium?
AD: I have always shown paintings along side wall mounted and free standing objects. In the simplest terms this comes from a desire to expand painting’s 2-dimensional space out into the physical world. The first plaster work was a head cast, Forever for Nothing (2009), shown in Winner. This opened up the possibility of an object being structurally composed of the trace of something, as opposed to a thing in itself; I find this slippage fascinating.

BR: Do you feel working in this way gives you more freedom to be expressive than a painting perhaps would?
AD: The new plaster works use a technique that I have developed in which toner is transferred from a laser print to the plaster surface. This allows me to turn digital information – found information – into a found object. For example, the ‘heads’ in the show, Paradise of New Age 1-5, all have variations of a digitally manipulated image of the runner Caster Semenya transferred onto a plaster supports moulded from plastic bags. The billowing folds of plaster echo the surfaces depicted in the image and thus serve as shorthand for human flesh.

The idea of an art work being expressive is problematic as it places total emphasis on the artist at the expense of the agency of the viewer and object. I believe that a work functions when it creates an emotive charge in the viewer (as distinct from conveying an emotion); by which I mean an understanding that matter can also be an idea, which really has nothing to do with the artist. The plaster works are liberating because of the ease with which they eliminate me from the equation.

BR: How important do you think traditional forms are in our digital age?
AD: The new paintings are composed on Photoshop. The process is as intuitive as making a collage with paper and glue yet allows for far more complex image manipulation and layering of information. It is quick and there is an undo button. I designed the three paintings to work as a series, with certain motifs repeated between them, and titled them accordingly: Four Times Around the Sun, A Halo of Mist as a Warning, The Clouds of my Youth and Dreams are Gone. At this point, they could have just been scaled up and printed out. Painting them, however, fuses a much denser form of time into the surface and generates pathos from my inevitable failure to function as a printer. Painting is additive and hence the physical inverse of the plaster work. I believe that polarity is important to the show.

BR: Did you always want to become an artist?
AD: Yes

BR: What are you working on now?
AD: A publication covering the works in the gallery (and painting my flat).

If you would like to buy this issue, you can search for your nearest stockist here. Better yet call +44 (0) 1904 629 137 or visit the website to subscribe to Aesthetica for a year and save 20% on the printed magazine 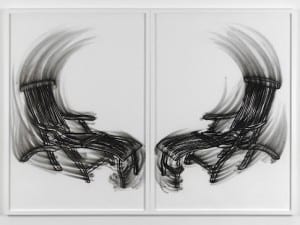 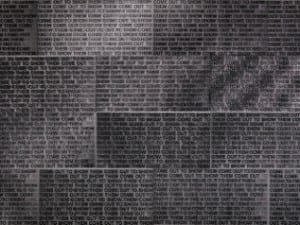