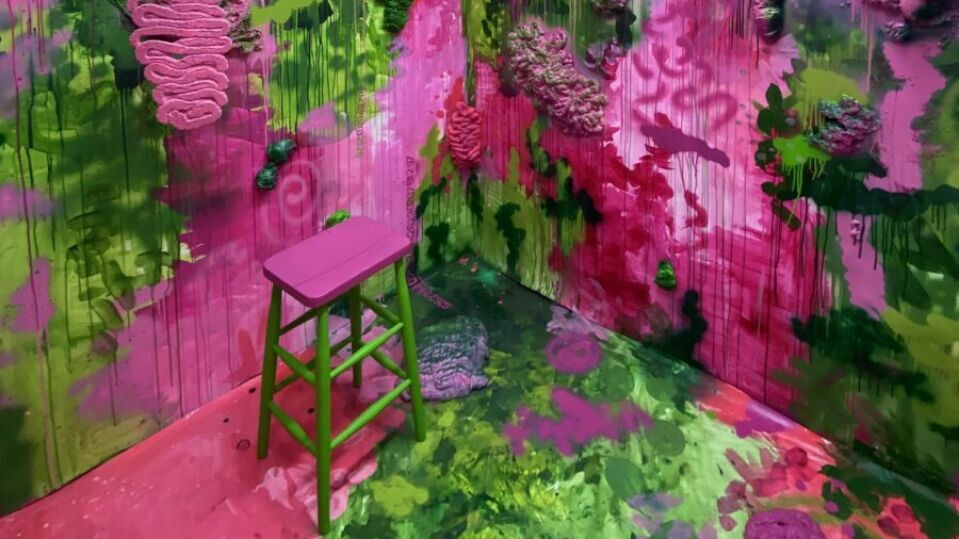 Emma Pearson’s project was based around the ADHD brain. “I disregarded the more stereotypical/surface level characteristics, and explored the less commonly known and spoken about symptoms,” the artist explains. “I specifically focussed on overstimulation. Often at school or in workplaces, people are required to suppress their ADHD characteristics and behaviours. However, in an art environment, they are celebrated and the differences are praised. I began this project looking to illustrate how unpleasant overstimulation can be. However, after monitoring how ADHD can have a positive impact, I adapted my project to show both sides.” Pearson’s final piece was an interactive installation, decorated to illustrate overstimulation, accompanied by an overwhelming soundscape. 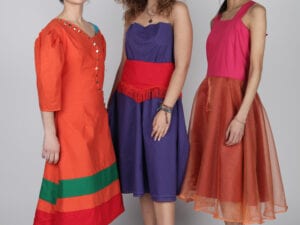 Mattie Clyne’s Spring/Summer collection is inspired by the traditional clothing of Russian and Afghan cultures connected to her family. 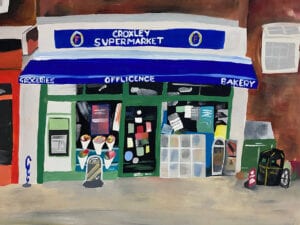 What do people do in Croxley? Mancey looks at the daily lives of people who live there, documenting how and where they spend time. 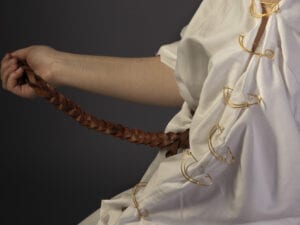 Laura Jane Sessions’ portfolio is built around archetypal representations of women; she uses prosthetics and sculpture to explore stories.