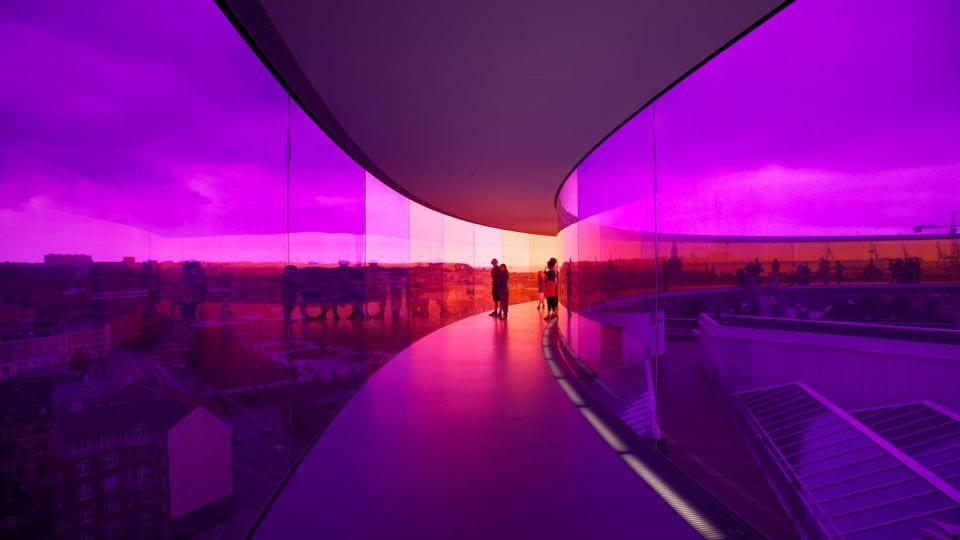 “Art exists both in and beyond the realm of language.” Evoking natural phenomena such as light, fog and water, Olafur Eliasson’s (b. 1967) immersive, environmentally responsive works address issues of climate change whilst engaging with notions of space. The unspeakable openness of things at Red Brick Art Museum, Beijing, brings together an array of such large-scale installations, sculptures and works on paper, occupying a series of indoor and outdoor arenas. Comparably, Water pendulum, also situated in the dark exhibition hall, comprises a stream of water lit, by a singular strobe. As the fluid cascades from above, the spotlight creates a shifting composition of glass-like solids, playing with ideas of perception. This is a theme picked up on by The blind pavilion, which debuted at the 2003 Venice Biennale. Looking to a more structural approach, it comprises two concentric steel framework structures, glazed with angular panes of clear and black glass. These sheets obstruct audiences’ views into the wider world, creating a similarly disorientating effect, playing with spatial refraction. At the heart of the show is the geometric installation Your sound galaxy, which is constructed from 27 suspended polyhedrons. Made from inverted mirrors and LED lights, the objects produce a linear glow. Offering an interactive experience, each piece illuminates as viewers pass below, allowing audiences to craft unique journeys whilst engaging with metaphysical ideas of natural harmony.

Until 12 August. Find out more here. 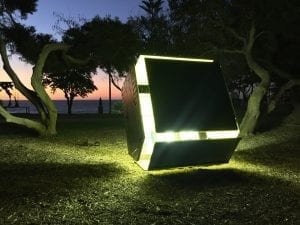 An exhibition of new work by Nathaniel Rackowe at Letitia Beirut examines the changing nature of the built environment, reflecting on urban dwellings. 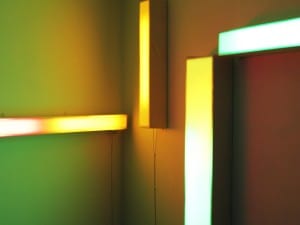 An Insight into the Work of UK Artist Samuel Harriman

Samuel Harriman’s work consists primarily of light, however, by using painterly processes, he combines the mediums of installation and painting to intonate the point that the use of light is a form of painting.