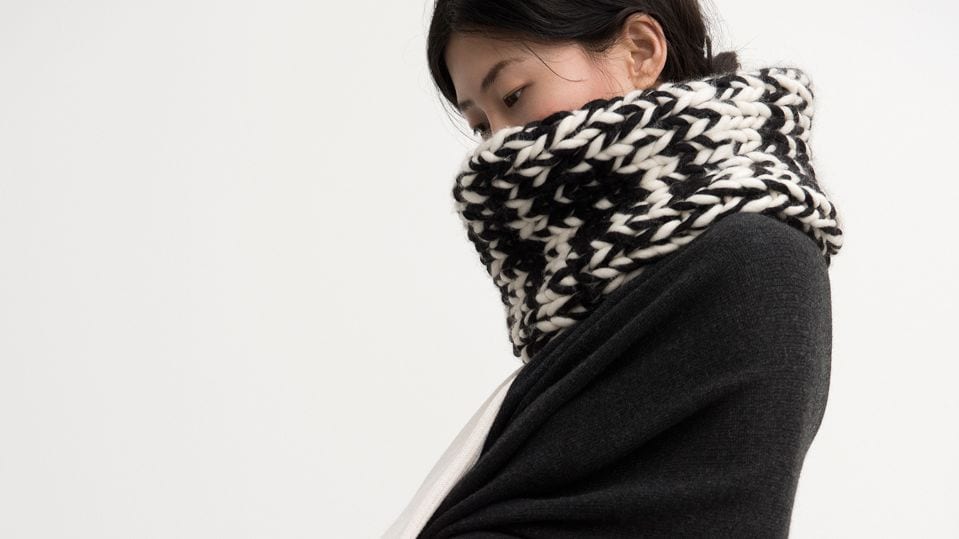 When we think of technology and fashion, items such as heat-responsive garments, the Apple Watch and 3D printed jewellery might come to mind; however, espadrilles made from salmon skins and leather tanned with olive leaves bring an entirely new context. Today’s increasingly connected, scientifically-developed and environmentally-aware world is allowing for advancement in sustainable fashion like never before. Still, ethically produced fashion has a long history, most vividly in the Make Do and Mend ideals of 1940s Britain and the eco-friendly hemp shoes of the hippie movement. The difference is that now large corporations such as Puma, H&M and Nike are turning themselves around, and that new sustainable fashion is cutting-edge and catwalk-class – green really is the new black, or “grün ist das neue schwarz.”

Despite this rise, there has been no de nitive publication which showcases those designers who are currently leading the way. Journalist Ellen Köhrer, author of eco-fair fashion blog Grün ist das Neue Schwarz, and expert Magdalena Schaffrin have developed the Prestel book Fashion Made Fair to discuss today’s position of sustainability via the processes of 33 sustainable fashion brands working across Eastern and Western Europe, Asia and the United States. The two authors met during an interview at Berlin Fashion Week – where Schaffrin held Greenshowroom, Fashion Week’s first green luxury fashion fair – and found they “soon came to the conclusion that we knew of no attractive, positive, lavishly illustrated book about sustainable fashion and that we already had an idea what one might look like. Independently from each other, we had both already played with the idea.”

Fashion Made Fair introduces designers and brands that have impressed the authors with their collections, concepts and stories while also including insightful interviews with six fashion experts whose focus lies in social and ecological awareness, including Bruno Pieters, Marie-Claire Daveu, Michael Braungart, Friederike von Wedel-Parlow, Orsola de Castro and Lily Cole. Model-turned-designer Lily Cole is an advocate of slow fashion – simply put, garments made to last rather than be thrown out at the end of each season – and she has recently developed the Impossible project, a non-transactional shopping site that encourages users to trade services for work on a gift exchange economy. It is also entirely transparent, declaring where every item was produced and by whom. This method heightens the buyers’ awareness of their own place within the global community and therefore in relation to the greater environmental crisis.

Transparency is highlighted by Schaffrin as one of the three key requirements of sustainable status, alongside ecological and social concerns. While this allows buyers to make informed choices, the social focus has regard for the working conditions of all involved in the supply chain, and to be ecologically friendly each brand must pay attention to its use of materials, transport and energy efficiency. Social concerns led Köhrer to her specialism in many ways as she had travelled to Bangladesh to research the textile factories producing fast fashion for high street retailers. Conditions for workers remain poor, even in the wake of the 2013 Rana Plaza factory disaster. It killed 1,100 garment workers, who were told to continue production despite the growing crack in one factory’s wall. Köhrer’s consequential discussions with Greenpeace, the Fair Wear Foundation and the Clean Clothes Campaign inform the texts in Fashion Made Fair, while the tragedy in Bangladesh influenced many of the designers.

London-based brand People Tree, for example, uses the traditional handicraft of Bangladeshi women rather than employing and re-training local workers for factory production. These craftswomen create the brand’s light feminine dresses, and shirts are embroidered, knitted and printed using local, eco-friendly methods and are accompanied by handwoven, naturally dyed handbags and clogs. Owner Saffia Minney notes that People Tree “provides a livelihood for two-thirds of the people working for our organisation in rural areas.” Meanwhile, Living Blue was developed by Mishael Aziz Ahmad to combine the indigo dyeing and elaborate hand-embroidering which had been part of northern Bangladeshi society for centuries. As Aziz Ahmad explains: “Indigo is still cultivated in Bangladesh, but the production of the blue dye from the plant had been neglected for 150 years. The knowledge of the plants and the crafts was already there and only had to be revived.”

Indigo farms have since been returned to use for rice and other crops as under colonial rule Bangladeshi farmers were forced by the British to turn their produce over to cultivate indigo. However, through Living Blue, the indigo is planted not instead of but between farmers’ food crops as a buffer field, which also enriches the soil as a natural fertiliser, with indigo naturally producing nitrogen. As it only requires rainwater and no pesticides to grow, it is organic and does not harm the surrounding produce. The company simply leases lands, provides farmers with the indigo seeds and pays them for its harvesting; the indigo is extracted by 1,000 women working in six local villages, who then dye, stitch and quilt the fabric, which becomes Living Blue’s silk and cotton scarves and kimonos. The pieces are unique and artisanal, also incorporating Japanese influence, as the producers have been taught the traditional Shiburi Japanese dyeing technique too. Reviving traditional crafts and artisanal skills rather than re-training producers is one of the key ways that eco-friendly fashion brands can remain socially sustainable, working with instead of replacing communities’ lifestyles.

Also supporting artisanal methods is American designer Liya Kebede, whose brand Lemlem intends to make traditional Ethiopian garments fashionable in the international market and therefore sustain weaving and printing traditions, and produce much-needed local jobs, through its timeless pieces stamped with Made In Africa. Meanwhile, Mary Høgh Heilmann uses traditional Bolivian knitting methods and little-known llama wool to produce Scandinavian styled knitwear for her label Aiayu, based in the capital of La Paz. Up to five million llamas are already farmed in the Bolivian highlands and so, rather than ship in merino or alpaca wool from Australia or Peru, Heilmann purchases from farmers in the area and employs local women, encouraging “the older women to teach their daughters the knitting patterns and techniques so that their traditional heritage does not die out.” She notes that “these ancient skills are so valuable and rare to find, which is what makes them so unique.”

While items like Heilmann’s llama wool and traditional leather products are well-known by-products of the food industry, the increasing focus in modern lifestyles upon organic food produce has actually enabled the newly coined “Cradle to Cradle” philosophy to come about far more easily. This philosophy requires that all chemicals and materials needed to produce a garment are decided from the beginning so that no harmful substances are involved and the object can be made use of again, either biologically or technically, after its first incarnation. Devised by academics Friederike von Wedel-Parlow and Professor Michael Braungart, the concept reworks the “Cradle to Grave” textiles idea with Braungart explaining that instead “there is no more waste. It is a matter of being useful and no longer being harmful – there are just too many people in the world.”

To adhere to the philosophy, a product must be healthy for everyone who is involved in the manufacturing process, and designed in a way that means it can be taken apart and re-used. The biological recycling process does not refer to cotton items becoming necessarily composted, but must be a new wearable item – insulation wool or blankets, in the case of cotton – for example. Pinatex, a fabric made from pineapple leaves, is used by Puma for its range of “Cradle to Cradle” certified bags, jackets and shoes. And we have leather dye made from olive-tannin – used by BMW to upholster its electric cars – a safe dye extracted from olive leaves, replacing chromium, which is extremely harmful.

Sustainable fashion is evidently a mainstream movement, and Professor Braungart is of the belief that by 2030 all fashion could have switched to follow the “Cradle to Cradle” philosophy as international corporations have been steadily funding research of their own, and the next generation of designers are implementing the strategy: 40% of graduating students use the process in their degree shows. In the future, the philosophy could even move into what Professor Braungart calls “Design for Reincarnation” where the next use of any product is planned at the same time as the first one. Adhesives would be made reversible, items would be stamped with a Best Before date and purchased (leased even) to be returned at a certain point for recycling.

Considering environmental footprint from the design, manufacture, transport, sale and even final resting place of a garment is no mean feat. However, Kering Group, which includes luxury designers such as Stella McCartney and Gucci, is leading by example with its Environmental Profit and Loss Account, published in 2015. This measured the Group’s environmental footprint and then evaluated these in monetary terms. In producing quantifiable data, the Group can understand where its materials or processes need to change and how this is nancially manageable. As chief sustainability officer at Kering Group, Marie-Claire Daveu explains in her interview for Fashion Made Fair, Kering’s results have been published as online open-source as the Group expresses a hope “others in our industry and adjacent industries can work together to address our shared issues.”

Although the Make Do and Mend attitude may have satisfied a local British need in the 1940s, today’s global need for sustainability has grown significantly and so must the solutions. Discussing her reasons for producing Fashion Made Fair with Schaffrin, Köhrer emphasises the urgency of the issue: “Climate change will affect us all. The textile industry, the second most polluting trade worldwide (after the oil business), has a very big influence on how we treat our planet and how we will live in the future. The whole textiles environment has a responsibility to secure a more sustainable future – for people and for the planet.”

Fashion Made Fair will be published by Prestel in May. 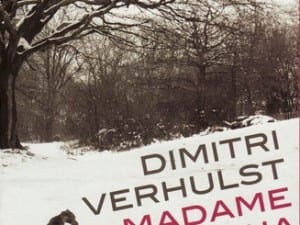 Madame Verona Comes Down the Hill

A charming novel, by one of The Netherlands’ rising stars, Madame Verona Comes Down the Hill is a timeless novel about love, loss and village life. 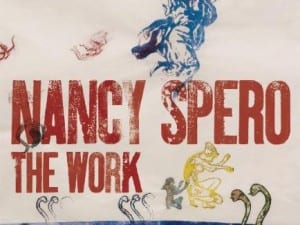 This monograph explores Spero’s entire body of work, giving due weight to the (anti) narratives of language and voice.