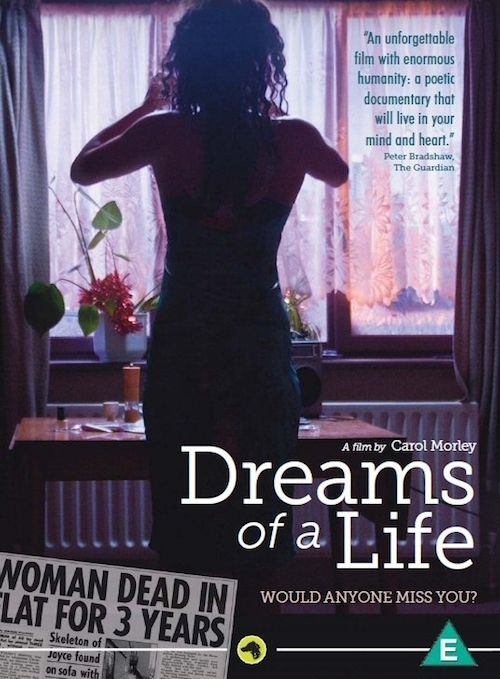 Dreams of a Life

One of the most unusual “Christmas” films ever released, Dreams of a Life is the heartbreaking story of Joyce Vincent, a woman in her late 30s whose decomposed remains were found in her London bedsit by the local council who had come to repossess the property for rent arrears.

Sitting on the sofa, with the television on, was a skeleton surrounded by Christmas presents. Joyce’s body had remained undiscovered for an astonishing three years – nobody had reported her missing. Identification was only possible through comparing dental records, and a cause of death was impossible to determine.

Director, Carol Morley, attempts to recreate the person Joyce was via interviews with old friends and lovers, questioning how a person can disappear from people’s lives without anybody noticing. The only frustration lies in the revelation that Joyce had three sisters, none of whom consented to appear in the film. The result, however, is a haunting portrait of loneliness in the modern world, and a film that’s impossible to view without asking the question: “Could this ever happen to me?”