Dino Kužnik is a New York-based artist with a background in photojournalism and graphic design. Originally from Slovenia, his personal work captures American landscapes and iconography. He’s releasing a book in collaboration with Setanta Books and Open Doors Gallery.

“The majority of my motivation is rooted in the westernisation of my home country in the 1990s,” Kužnik explains. “During that time, the goal was to forget Slovenia’s socialist past and make capitalism a success story. ” In his work, concrete structures appear out of mirror-like pastel seas. Billboards rise from clouds of smoke. Motel signs rust against blue skies. Each image is precisely framed, with an emphasis on colour.

“Growing up with American imagery and values on TV and in music and print, the American spirit was communicated through established symbols,” he explains. “This resulted in an attraction to the American symbolism, which I started incorporating into my photographic work. The dream was realised, but the realities were much different from those presented to me as a child.”

Solitude is a feeling that has touched many in recent months. It’s also a key driving factor behind Kužnik’s work. The images are designed to evoke a peaceful state of mind, with pale pinks, blues and greens creating a dreamlike quality. They invite us to stop, pause and think about our surroundings.

This book is also about the passage of time: how places shift, develop and decay. “I love to return to spaces I have already photographed. To see how they change through time. A new crack in the road, a dried bush in the distance… Like us, the landscape also ages.” 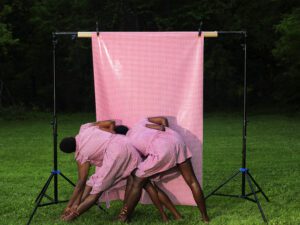 The inaugural Bristol Photo Festival kicks off with a programme of resonant exhibitions and events running from Spring to Autumn 2021. 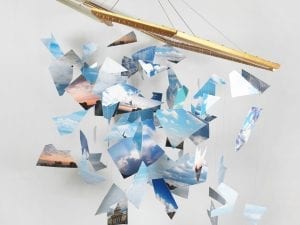