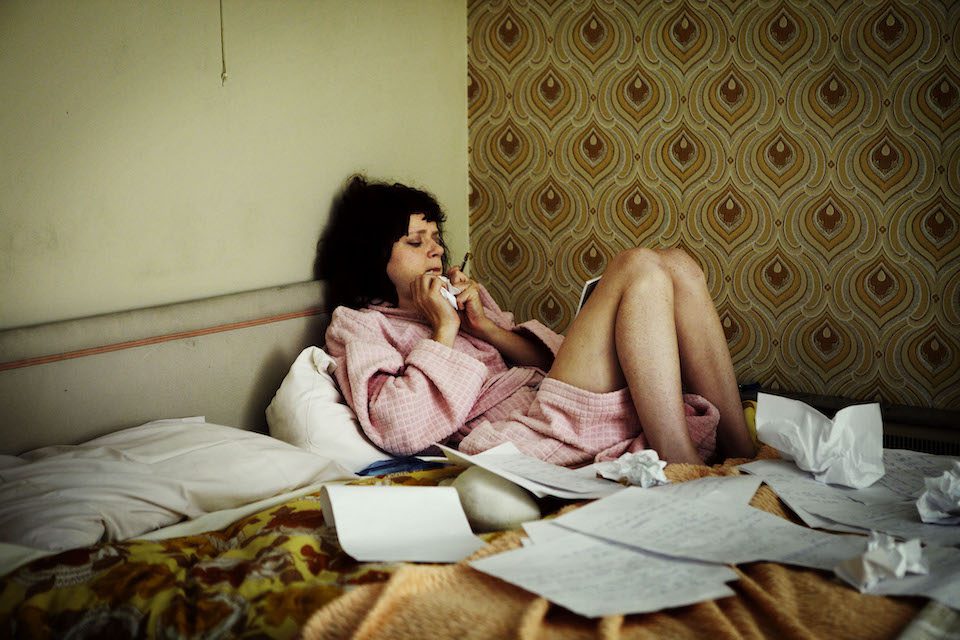 If you happened to be walking around Mile End, East London in 1993, you might have met with the extraordinary sight of a lone terraced house cast in concrete. Resembling a gravestone, this sombre grey monolith commemorated the past life of Grove Road. The row of homes which once lined the street had only recently been demolished for redevelopment as a community green space. Most of the houses gone, one resident, Sidney Gale, held out for a year before he was evicted and re-housed by the council. With his and the local authority’s permission, artist Rachel Whiteread (b. 1963) filled the building with concrete before dismantling it, brick-by-brick.

Whiteread’s installation, titled House, remained in situ for 80 days before it too was razed to the ground. It was always intended to be temporary. But in less than three months, the work had ignited a fierce, at times polarising, debate around the role of contemporary art and the state of housing policy. Later that year it won the Turner Prize. Although recently the Covid-19 pandemic has thrust the home into the artistic spotlight, it’s always been a topic ripe for creative exploration. The Soft Prison, an exhibition by 10 artists at the Museum of the Home, presents new work relating to this theme alongside pieces produced in the past few decades – including a documentary and still images about the making of House.

The Museum of the Home has recently relaunched with a new name following an £18.1 million redevelopment. Formerly known as the Geffrye Museum, the rebrand marks a reckoning with the past. The museum is housed in almshouses built in 1714 by Sir Robert Geffrye “who amassed a large fortune, partly from his active investment in the forced labour and trading of enslaved Africans,” it reads on the website. In line with a commitment to “telling a more diverse story of the British Home through permanent displays and programming,” the new commissions explore the home as embedded within the context of Britain, and Hackney in particular. Waiting for myself to appear (2021), a permanent installation of a film by Michael McMillan (b.1962) explores the experience of different generations of African-Caribbean women that migrated to the UK, whilst What’s Your Cup of Tea? (2021) is a programme of participatory interventions by YARA + DAVINA around the British ritual of tea drinking and its connection to Empire.

Shot on hi-8 footage, Fishtank (1998) by Richard Billingham (b. 1970), is a raw, surreal and claustrophobic documentary portrait of his brother, mother and alcoholic father at home in their small council flat in the West Midlands. In the House of My Father (1996-7) is a close-up image of a tiny sculpture of a house that Donald Rodney (b. 1961) created from his own skin whilst in hospital following surgery for sickle cell anaemia. Mobile Homestead (2010-11), a life-size facsimile of the house where artist Mike Kelley was raised, now situated in the grounds of the Museum of Contemporary Art Detroit, but has travelled on a trailer to its original site, provoking discussions about identity and displacement. For these artists, the meaning of “home” is autobiographical yet embedded in personal history.

Museum of the Home & Artangel join us at Aesthetica Film Festival 2021.

The Soft Prison runs until 28 November 2021 at the Museum of the Home, London. Find out more here.

Image Credits:
1. Production still of Andrea Dunbar (Natalie Gavin) writing on her bed. Photograph: Susanna Wyatt. Clio Barnard, The Arbor, 2010 Courtesy The Artangel Collection. The Arbor is part of The Artangel Collection, an initiative to bring outstanding film and videoworks, commissioned and produced by Artangel, to galleries and museums across the UK.The Artangel Collection has been developed in partnership with Tate, is generously supported by the Esmée Fairbairn Foundation and uses public funding from Arts Council England.
2. Mike Kelley, Mobile Homestead, 2010-11. 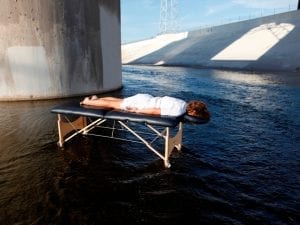 As part of the Future Now Symposium 2017, Laura Purseglove will discuss the importance of place and its role within contemporary art. 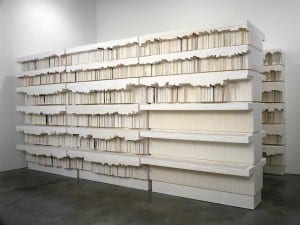