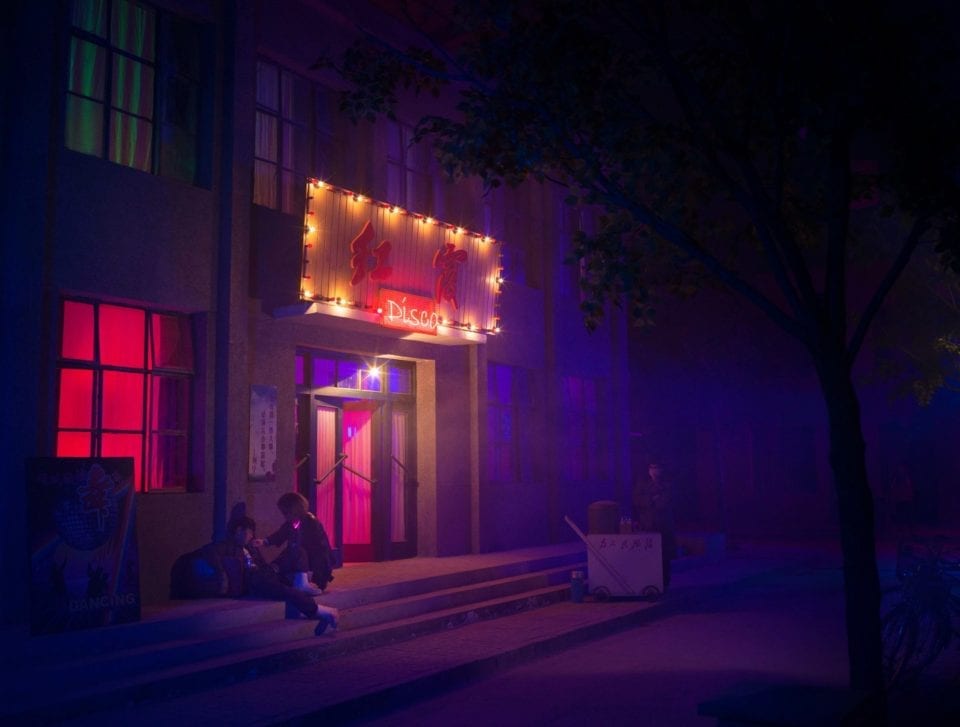 We are living at a time of fast-paced technological development. The world has never been so connected. The digital age has altered our sense of self, with social media, news feeds and selfies dominating our screens. It has also changed the way we understand reality. Video calls are bridging geographical boundaries and VR takes us to previously uncharted realms. Self-driving cars are on the rise, whilst machines are replacing human employees. Beijing-based multimedia artist and filmmaker Cao Fei (b. 1978) investigates these ideas in Blueprints at London’s Serpentine Gallery.

Cao Fei’s digital works tread the boundaries between physical and virtual worlds. They create surreal dystopian arenas in which to interrogate key social questions – including internet escapism the effects of mechanised labour in China. Asia One (2018), for example, considers the significance of automation in the workplace. The artist uses playful imagery to draw attention to the issue – an inflatable orange octopus wraps around a conveyor belt with bright tentacles.

At the centre of Serpentine’s show is Cao Fei’s new VR artwork, The Eternal Wave, and the latest film, Nova. These works examine the social history and urban transformation of Beijing’s Jiuxianqiao district. In one shot, a lone astronaut walks on otherworldly beaches. In another, neon-bathed streets are illuminated by pink and purple lights. The cityscape is a recurring space in Cao Fei’s oeuvre. Stop-motion animation La Town (2014) is set against a post-apocalyptic urban backdrop, featuring miniature figures in illusory model worlds.

For Cao Fei, VR and digital art are essential forms of 21st century communication: “Virtuality is a means to express myself, to understand reality, which is what I’m interested in,” the artist notes. “I use writing and film too, but we are living in an age of rapid technology and in this context, we need to know that virtuality has changed the way reality works. And to do this we need to be part of it.” Blueprints is a playground for viewers to explore the effects and experience of alternative realities. 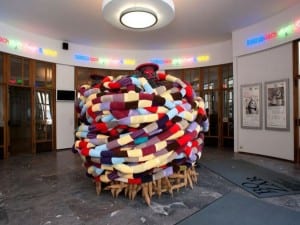 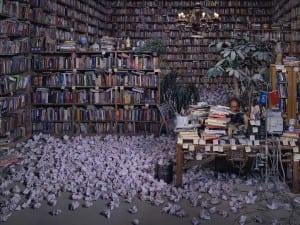 De/Constructing China at the Asia Society Museum features artwork by the most prominent Chinese artists documenting the country’s frenetic modernisation.