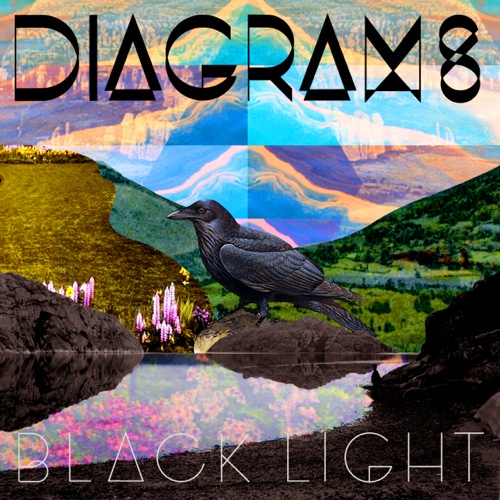 Black Light marks a new musical venture for singer-songwriter Sam Genders, formerly of Tunng. It’s his first album in a new guise as Diagrams, dubbed a “solo project of sorts” but also one embracing the talents of numerous collaborators, from singer and trombonist Hannah Peel to drummers Matt McKenzie and Tom Marsh.

While not without moments of acoustic simplicity ­– most apparent in the lilting and melodic Peninsula – there’s little to be found here of Tunng’s signature brand of folk. Instead the album journeys more boldly into the realms of electronic experimentation, especially in its title track, and a kind of pop-rock fusion most in evidence in Appetite.

It’s a smooth transition, and smooth is indeed an apt word for the album as a whole. Though it is laid-back and doesn’t announce itself too loudly, it compels with its long immersive intros and lyrics presenting weirdly imaginative ideas: “We could be animals” for one. Then, of course, there are the vocals, which are as well rendered as you’d expect from Genders and a real driving force.
Visit www.diagramsmusic.co.uk.