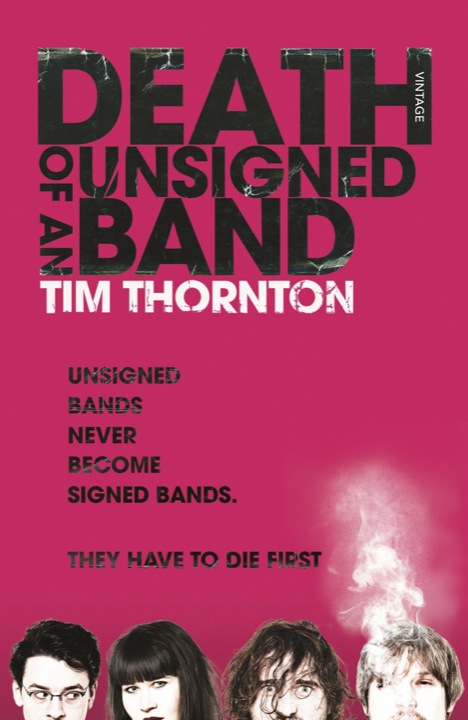 Death of an Unsigned Band

Death of an Unsigned Band is the new novel from Tim Thornton. Offering a fly-on-the-wall insight into the trials and tribulations that face an unsigned band, an anonymous interviewer follows Russell Groom and his band mates through the narrative. The style is interesting; with quotes from the characters separating the book into two parts and a documentary-type feel to the story.

The dynamic between the band mates is well observed: Russell Groom is the antithesis of a rock star, but his obsession with getting signed preoccupies the band and creates a believable atmosphere. The writing is realistic and fast-paced; however the novel lacks narrative tension and the stylistic quirk of the documentary is deflated slightly by the somewhat ordinary storyline.

Thornton has been a member of nine unsigned and two signed bands and most recently played the drums for indie/folk artist, Fink. As a result, he has a personal understanding of the industry and depicts it with great empathy. Entertaining and laidback, Death of an Unsigned Band is an easy summer read.